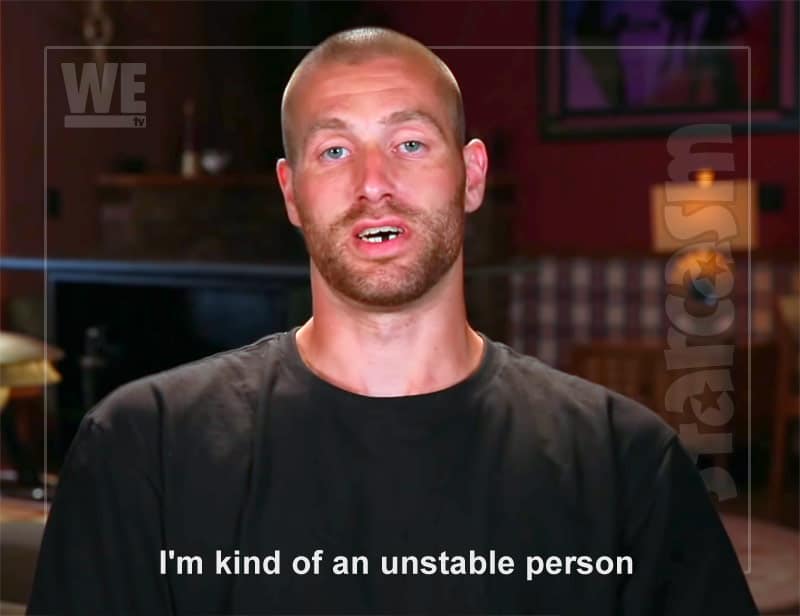 Love After Lockup‘s Matt Frasier is a free man once again after being bonded out of jail on Tuesday stemming from his recent arrest for possession of a stolen vehicle. Also, it appears that Matt did not learn his lesson when he was cited for driving with a suspended license after rear ending another driver while driving a pickup truck registered to Caitlin on December 13 because ten days later he was driving that very same damaged pickup truck when he crossed over into the oncoming lane and collided with another driver head on!

I will begin with Matt’s release. According to jail records, Matt was bonded out of the Thurston County Corrections Facility late Tuesday evening. It’s unclear who posted his bond, and it is also unclear exactly why he was booked. We also don’t know if a very excited Caitlin was waiting when he was once again “released to the community.”

I searched court records and can find no pending criminal case against Matt for possession of a stolen vehicle, but that doesn’t necessarily mean that there isn’t one or won’t be one soon. I’m still thinking that perhaps Matt’s other issues with the suspended driver’s license and multiple car accidents triggered a parole/probation violation and that reactivated his previous charge for possession of a stolen vehicle. Of course, it’s also easy to imagine a narrative in which Caitlin told police that Matt did not have permission to drive her truck when either (or both) of the accidents happened.

Speaking of Matt’s accidents, we’ve obtained the police report from his head on collision — and it is very concerning to say the least. The accident took place just two days before Christmas on December 23 in Southeast Olympia. According to the accident report, Matt was driving Caitlin’s red Chevy S-10 pickup truck on a two-lane residential road when he crossed over the center line and crashed head on into a silver Ford passenger car.

The medics were treating both drivers and Frasier was up and walking around outside of his truck, so I asked him what happened. Frasier stated the power for his vehicle went off and his steering wheel locked to the left, so he was unable to steer away from the collision. Frasier stated he attempted to steer back to the right and hit the brakes but his truck had mechanical issues and he was unable to avoid running into the oncoming car. Frasier stated that he knew the truck he was driving was having mechanical issues, that the power would sometimes go out, and the steering had locked up for him before. Frasier stated a number of times that he knew the truck had issues but he still was driving it around.

Given the seriousness of the accident and “some observations while speaking with Frasier,” the officer asked him if he had been using drugs or alcohol:

I noticed Frasier had watery, bloodshot eyes when I was speaking with him but he denied any alcohol or drug usage. Frasier stated he didn’t get much sleep last night and that he was stressed out over his relationship with his girlfriend. I also noticed Frasier was limping and his movement was a little strange, but he stated he has extensive medical history with back, neck, and nerve issues that has caused a lot of his movement issues. Frasier volunteered to do the Horizontal Gaze Nystagmus test while he was seated on the front of the Fire Engine and I did not observe any nystagmus during the test. I did not do the walk and turn or one leg stand because of his previously stated medical history which affected his movement and balance. Frasier also volunteered to submit to a PBT on scene and he blew a .000 BrAC.

The officer asked another officer on the scene with more Drug Recognition Evaluation experience to interview Matt. She spoke with Matt “for a while,” and the end result was that the original officer “was not able to establish any probable cause that [Matt] was driving under the influence of alcohol or drugs.”

As a result of the accident, Matt was cited for improper lane change and 2nd degree negligent driving — which are both just infractions. Matt was also charged (yet again) for 3rd degree Driving While License Suspended, and that is a misdemeanor criminal charge.

The officer summarized the case against Matt:

Frasier was driving on a suspended license, he was DWLS 3rd and he knew that his license was suspended…I found Frasier was negligent in his decision to drive a Pickup Truck that he knew and stated numerous times there were issues with the power, steering, and the brakes. Frasier driving this Truck around caused a serious injury collision with broken bones to both involved drivers.

I had previously investigated a rear end collision that Frasier was involved with on December 13, 2018, where he rear ended another passenger car on Martin Way while driving the same pickup truck. Frasier continued to drive a Truck he knew had mechanical issues and had been involved in a rear end collision only 10 days prior. 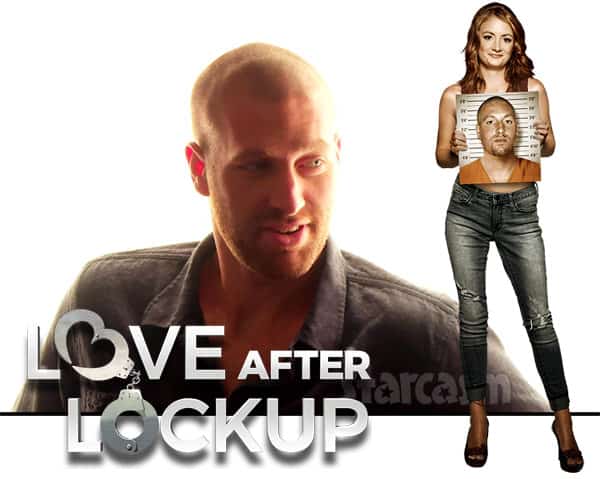 We will continue to monitor Matt’s case(s) and will update if there are any further developments.

Meanwhile, you can watch Matt and Caitlin’s seemingly ill-fated romantic journey with new episodes of Love After Lockup airing Friday nights at 9/8c on WE tv!

UPDATE – We’ve obtained the judgment and sentence document from the suspended license charges, which look to have been combined into a single case. Unfortunately, the documents includes some hand-written adjustments that are a bit hard to read, but it appears as though both of the DWLS criminal charges were lowered to non-criminal driving without a license charges. It appears as though the end result is a total of $400 in fines. 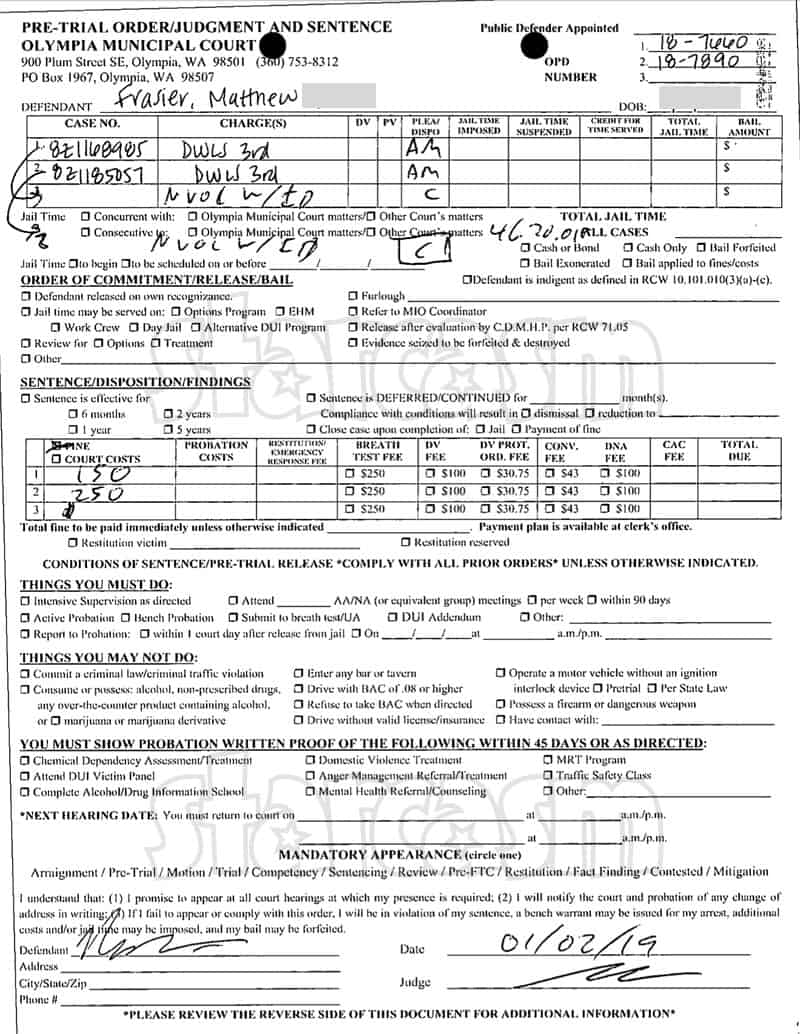 The sentencing was signed off on January 2, and Matt was arrested two days later. My theory that perhaps Matt’s arrest stemmed from a probation/parole violation due to the DWLS criminal charge(s) is seeming less and less likely. I don’t believe that a traffic infraction (or multiple traffic infractions) would result in a violation?