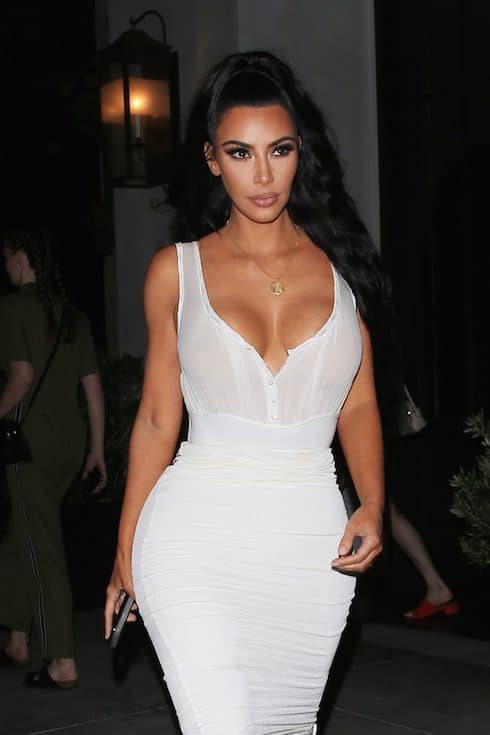 Time just published its fourth annual list of what it considers to be the Most Influential People On The Internet, and stirred up a bit of publicity for itself by leaving Kim Kardashian off the list for the first time. But, while Kim still has one of the largest social media followings in the entire world, Time‘s omission isn’t just good marketing (though it’s definitely that). It’s also a simple acknowledgement that, in 2018, Kim’s moment of cultural dominance has in many ways passed.

How influential is Kim Kardashian, really?

Again, let’s be clear: Kim Kardashian has a total of 173.2 million followers on her Instagram and Twitter accounts alone, so it’s not like we’re trying to say that she’s a pale imitation of her former influencer self. However, consider Time‘s own criteria for inclusion on the list: the magazine “evaluated contenders by looking at their global impact on social media and their overall ability to drive news.” Kim Kardashian is probably a bigger marketing influence than she’s ever been — but what has she done over the past twelve months that fits either category?

Back in 2015, Time lauded Kim for “perfect[ing] the art of the selfie” and for “deftly us[ing] Twitter to define and defend her own narrative.” In 2016, still in the wake of “The Fappening” but before #MeToo had begun, Kim won praise for “posting, and then ardently defending, a series of nude selfies” (and for launching Kimojis). And last year Kim was included after “revamp[ing] her online presence, emphasizing family photos over flashy baubles” following the Paris attack.

Since then, though, Kim has continued to do all of those things…but the only new addition to her internet skill set is her power as an self-promoter (which, if you’re a cynic, is the only thing Kim and her family have ever really been good at, or even about). Kim’s Instagram page averages between two and four ads (or innocuous plugs) per week for high-paying brands like Versace, Olay, and morning sickness treatment Bonjesta. And her Twitter account is almost entirely ads for her own KKW Beauty products, whether in the form of tweets from Kim herself announcing new products and promotional appearances or retweeting fans gleeful over the arrival of her’s wares.

So, since none of the stuff Kim helped pioneer is new anymore, Time‘s list has moved on with people who’ve refined all of it. YouTube stars Logan and Jake Paul get singled out for their ability to generate controversy; Rihanna gets a nod for torpedoing Snapchat’s stock and sharing pics with stubble on her legs and for her makeup and lingerie line’s cultural dominance. There are also plenty of people you may not have heard of, but who are nonetheless tapped in to this particular moment — like Eman al Nafjan, a Saudi “blogger-activist” who’d long advocated for the lifting of her country’s ban on women driving.

Kim even got upstaged by two members of her own family. Kanye is there because he thinks his tweets are “contemporary art” and because he has said one or two embarrassing things of late. And Kylie is on there because social media is the reason she’s still on track to become a billionaire depressingly soon.

True, Kim did meet with Donald Trump and argue in favor of a pardon for Alice Marie Johnson, one which was eventually granted. But if Kim — who says prison reform is her “pet cause” — has done more than work for the freedom of one person, she’s done it unusually privately. For the most part, she seems content to hawk her hair and makeup and hair and makeup tips and be a mother to three children.

And there’s certainly nothing wrong with that! Both of those things are full-time jobs unto themselves (*especially* being a parent, whether Kim is nannied up or not). There’s no shade here. Only a fool would deny Kim’s hustle; it’s only worth pointing out that, nowadays, her hustle leads her in a different direction.