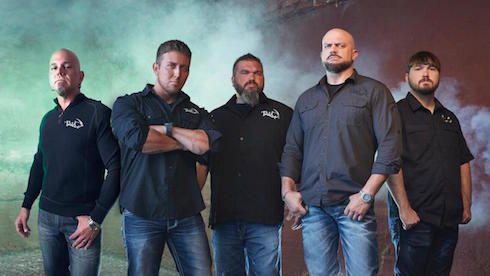 Travel Channel, already home to more ghost hunting and generally ghost-based shows than probably any other network, is going all in this autumn. They’ve just announced their latest entry in the genre, and it comes with a twist: Haunted Live, which debuts on September 14th, will essentially amount to an extended improv exercise. The entire hunt will be streamed live and viewers on social media will direct the movements of the team — that’d be the Tennessee Wraith Chasers, pictured above — for the entirety of the show.

If you think that sounds like an elaborate, hour-long Choose Your Own Adventure story, you’re not alone. Travel Channel is even billing Haunted Live as “the ultimate paranormal experience.” Below is an excerpt from their press release, which you can read in full here:

That’s right, viewers can help drive the investigation in real time by keeping tabs on what’s lurking around every corner via an on-location live video feed. Travel Channel’s Facebook page will be hooked up to all the action, giving you the chance to interact with fellow fans and direct the team where to head next (a spooky basement, perhaps?).

The team…will head to a different secret location each week for a completely unfiltered investigation. Remember, when you’re live, anything can happen.

We reached out to James “Peppermint Fatty” McDaniel, Haunted Live‘s Facebook Live emcee and head of social media, for more detail. He confirmed that every part of each week’s secret location will be covered by camera: the show’s Facebook Live stream will feature “a quad cam view of every room.”

What all this amounts to is not just the “ultimate paranormal experience,” but the most completely immersive digital experience we’ve heard of, short of virtual reality. Viewers will essentially be able to watch Haunted Live on television, follow any action in unoccupied rooms with Facebook Live on a laptop (as well as keep up with James’ episode-long running commentary), and join the ongoing Twitter commentary on a smartphone.

A post shared by Tennessee Wraith Chasers (@tennessee_wraith_chasers) on Sep 6, 2018 at 5:00am PDT

As for the team itself? Regular viewers of reality TV’s paranormal fare are doubtless well acquainted with the Tennessee Wraith Chasers. The quintet, who hop out of Gallatin TN, were the stars of Destination America’s Ghost Asylum for three seasons from 2014 to 2016. Following that show, they debuted Haunted Towns in late summer 2017, also on Destination America. (Reruns of Haunted Towns have been airing regularly on Travel Channel this summer, in anticipation of Haunted Live‘s debut.)

“This is going to be the ultimate paranormal experience,” said Chris Smith, founder of the Tennessee Wraith Chasers, in the press release. “It’s like nothing that’s ever been done before in this field and on this level. We have such a loyal and passionate fan base. With their eyes and ears added to each investigation, there’s no telling what we could uncover. Board the Wraith Train, strap in tight and enjoy the ride.”

Co-founder Steven McDougal agreed, noting that the number of viewers combing the live feed will make for plenty of surprises. “This show takes our skills to the next level as all of Wraith Nation will be on the hunt alongside the TWC,” Steven said. “All those extra eyes peering into the paranormal realm, I think we’ll have the upper hand and those spirits will have no place to hide.”

If you’re unfamiliar with the Tennessee Wraith Chasers, here’s a quick taste of what they’re about:

You can check out more about the group on their official web page here. Haunted Live airs on Travel Channel Friday nights at 10 beginning September 14th.

Is Anna Duggar going to be on the new season of Counting On?