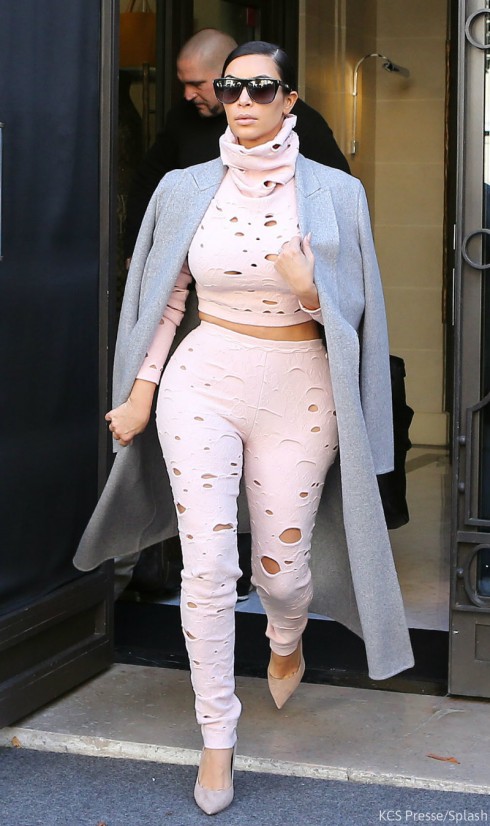 They say inspiration comes from all places… Including the dairy aisle, apparently.

Kim Kardashian stepped out in Paris on Wednesday afternoon wearing this unusual ensemble from Chanel. (Model Cara Delevingne wore the same outfit during the Chanel runway show in March. The event was appropriately super market-themed.)

During her time in Paris for Fashion Week, Kim pushed the envelope with a number of her looks — including when she sported matching cleavage with Kanye and when she wore lace pants. In both of those cases, the high-concept outfits were for fashion shows. Today, she was just catching a flight from the Charles de Gaulle Airport. 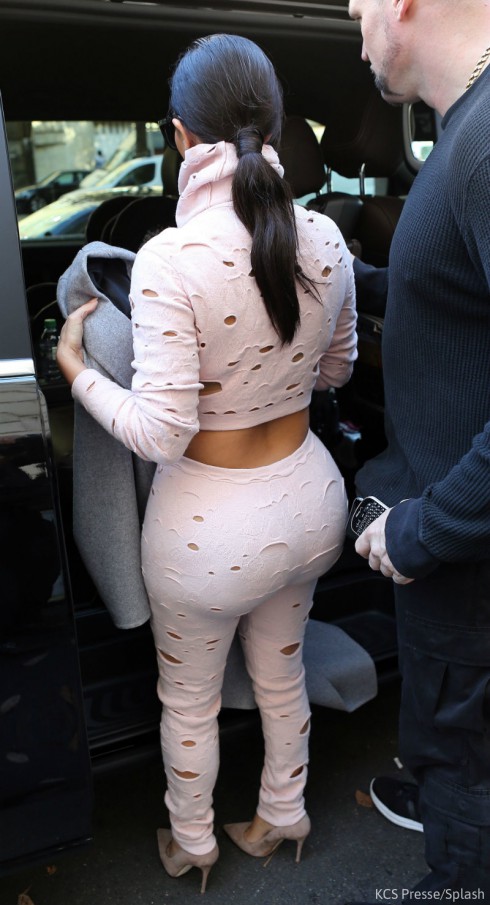 To Kim’s credit, the outfit was probably beneficial when trying to get by airport security. No way she was smuggling anything in beneath it!

Love it or leave it: Rihanna in a platinum blonde short wig and pink eyebrows for “Pour it Up” video