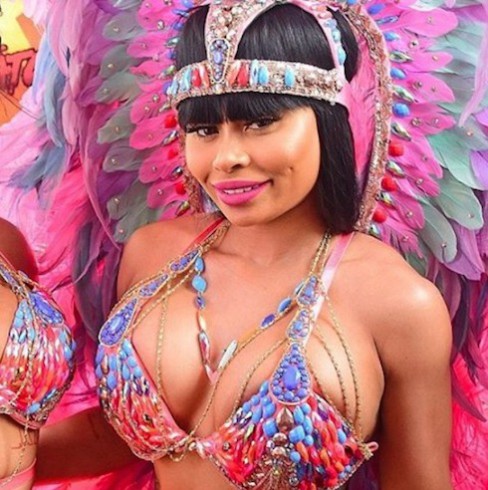 Rob Kardashian today is an interesting man. On the one hand, he appears to be dumping his family in favor of what he’s termed the “good p*ssy” of Blac Chyna. On the other hand, the would-be sock salesman is banking harder than ever on his family name in order to get his business off the ground. Though this split isn’t just evident in Rob Kardashian today: Rob’s actions have thrown the Kardashians into seeming upheaval for weeks, ever since he announced, via Instagram, that he was together with Chyna, a longtime Kylie Jenner enemy and Kardashian shade thrower.

The latest update on the couple came from Rob Kardashian today, and at first looked like another in a series of breaks the 28-year-old might be trying to make with the Kardashian name: 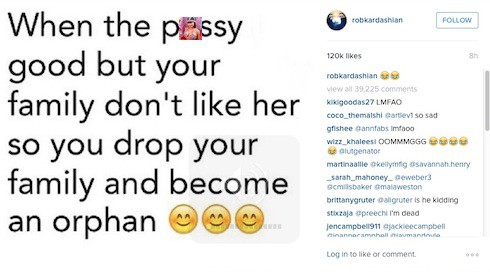 Indeed, Rob credits his recent 40-pound weight loss to Blac Chyna: an Inquisitr report on the topic claimed that Blac told Rob to cut red meats and carbs out of his diet, which he has. Furthermore, Rob “hits the gym five times a week,” often with Blac herself by his side, so that Rob Kardashian today looks a great deal slimmer than what fans have grown accustomed to seeing:

But not so fast, say close observers of Rob’s. For one thing, he recently joined his mother and siblings to share a throwback photo of father Robert Kardashian on what would have been the patriarch’s 72nd birthday:

In addition, Rob Kardashian today is a much more comfortable man than he was yesterday, thanks to the $2.3 million Calabasan mansion he bought–alongside mom Kris Jenner. A New York Daily News article points out that it was “with the help of his mom” that Rob was able to secure funding for the 4,256 square foot house, situated “just a few blocks” from Khloe, Kourtney, and Kylie’s pads.

And, though Rob is trying to strike out on his own, he’s still, of his own volition, associated with the Kardashian family. Arthur George, Rob’s budding sock business, gets its monkier from “Robert’s middle name–Arthur…and his father’s middle name–George.” Check out the company’s “About” page, though, and you’ll find that Rob bills himself a “star of the award-winning reality television series Keeping Up with the Kardashians.”

The “statement sock,” as Rob has taken to calling it, is a means of self-expression for those who eschew the tyranny of shoes. Pairs sell for $15 on the collection’s web page, and have become a fixture on Rob’s Instagram page:

Botched By Nature premiere date and more announced by E!