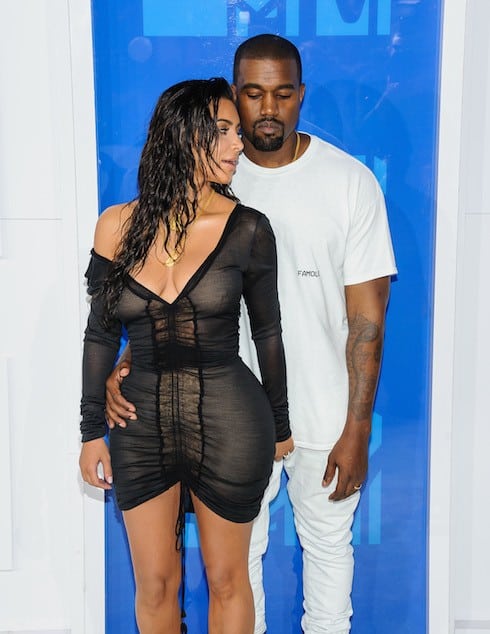 The Kim Kardashian robbery broke as quickly as it did shockingly: The reality TV star and fashion icon was held up at gunpoint in her Paris hotel room on Sunday night. According to multiple reports, at least two men disguised as police managed to sneak their way into the room and carry out the deed.

Kim’s official spokesperson confirmed the robbery and the fact that Kim is OK. “Kim Kardashian West was held up at gunpoint inside her Paris hotel room this evening,” the statement read, “by two armed masked men dressed as police officers. She is badly shaken but physically unharmed.”

Kim is in Paris for the city’s Fashion Week, and earlier tonight attended the official Givenchy show, where sibling Kendall Jenner walked.

Reports of initial discord within the Kardashian family were sparked by Kanye West’s abrupt and unexplained departure in the middle of a performance at the Meadows Festival in New York. During his show, a man walked out onstage and tried to tell Kanye what had happened. According to multiple concertgoers, Kanye didn’t initially understand what had happened and refused to leave the stage. Once the situation was explained to him, he announced only that he had to depart due to a “family emergency.”

Here's a photo of Kanye West's show right before it ended. Like everyone was shock it just ended. No reason given, just "family emergency." pic.twitter.com/y4Rfk5n3h9

The festival then announced that Kanye would not return to the stage:

Due to an emergency, Kanye West had to end his performance early. Please get home safely.

Kardashian home network E! offered few details on the event, except to say that “There’s a lot happening right now to make sure everyone is safe.” In addition to Kim and Kendall, Kris Jenner is in Paris for the week’s festivities.

Kris, when reached for comment by the network, didn’t say what exactly had been stolen from Kim, but could confirm that her daughter had suffered no serious injury. “She will be OK,” Kris said.

UPDATE – It sounds like the robbery itself was rather more harrowing–and better coordinated–than initially thought. People is reporting that not two, but five people were involved in the Kim Kardashian robbery. At about 3:00 AM local time, two people came to Kim’s hotel room disguised as police; after they gained entry, at least three more, dressed in ski masks, followed. The men bound Kim’s hands and feet with tape and locked her in the bathroom, then stole approximately $10.7 million in jewelry: a jewelry box containing about $6.7 million in valuables, and a ring worth $4 million by itself.

Once Kim had given a statement to police, she was rushed to the airport via police convoy, and returned home on a private jet.