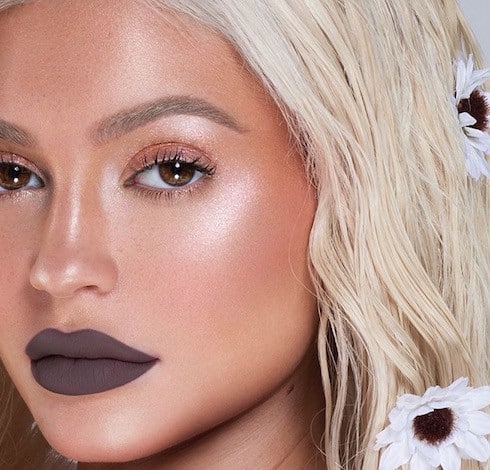 Earlier this year, we brought you the (fascinating and depressing) news that 20-year-old Kylie Jenner would in all likelihood be a billionaire by her 21st birthday next August. Yes, value on paper is not the same thing as money in the bank, and yes, business interests are not exactly the same thing as hard ownership stakes. But, as Kylie’s cosmetics and fashion lines continue to outpace even the most optimistic industry forecasts, and Kris “Renegotiation” Jenner shares the happy story of her daughter’s success with major trade publications, we continue to get detailed answers to a simple question: How much is Kylie Jenner worth?

Women’s Wear Daily’s report on Kris’ interview with Tommy Hilfiger at the WWD CEO Summit this week is just the latest example. Kris attributes Kylie’s lip kit success in part to the fact that she’s able to do a lot of the work of a traditional fashion company–meaning marketing and modeling and PR–all herself, by virtue of her gigantic social media following:

[Kylie] is her own marketing and pr department…and she does it all through social media. So many businesses have such a huge marketing budget; what’s so interesting is that [my children] are their own marketing team. The whole marketing budget they need is the price of a smartphone….It was remarkable how many people followed [the Kardashians] and were hanging on to their every experience, good or bad….They became emotionally invested in the family through the show and then the business…but social media became the single most important thing that we had as a tool to be able to build and grow a business.

If there’s anyone left who doubts the power of social media (or the Kardashians’ ability to harness it), consider that the following Instagram video, equal parts casual sisterly banter and well-placed advertisement, had 5.1 million views in the first 16 hours after being uploaded:

New YouTube Video is Live on the Kylie Cosmetics channel & on my app! Watch me and @khloekardashian try on all her @kyliecosmetics collaborations ?#KokoKollection

It’s no surprise, then, that Kylie is literally the “founder, chief executive officer, chief marketing officer and chief creative officer” of Kylie Cosmetics. Elsewhere in WWD’s article comes confirmation of the company’s by-now jaw-dropping figures: Kylie Cosmetics earned $420 million in retail sales from November 2015 to August of 2017; the company forecast $386 million in sales for 2018 (savvy analysts have noted that the second figure is lower than you’d expect based on the first, meaning Kris can do another round of triumph interviews when the company surpasses expectations again); and, most notably, a $1 billion valuation.

At this point, it’s also worth pointing out that Forbes’ recent answer to the “How much is Kylie Jenner worth” question gives a much lower figure. Their estimate–a comparatively paltry $41 million–appears to be based on two things: Kylie’s earnings from June 2016 through June of 2017; and Kylie’s earning power based almost entirely on social media endorsements and Keeping Up With The Kardashians royalties. (Love of Kylie, which is pretty much superfluous by now, hadn’t yet begun airing when Forbes published their guess). Kris’ initial reveal of Kylie Cosmetics’ earnings wouldn’t become public until two months later.

Finally, here’s Kris talking to Tommy Hilfiger this week about the line between reality TV and reality itself. She suggests, once again, that for her family there is no distinction anymore, and we have little reason to doubt her:

We’ve been so real and authentic in what we show on our show…we don’t have scripts, we don’t have things that we come up with because we want to entertain somebody. We’re actually doing a reality show about our lives….When people watch us, they’ve seen us get married, get divorced, have babies….There’s a certain familiarity that the kids, you know, [and] each one of them has people that follow their every move and want to be a part of their lives, and with the ability to have the show on the air, which is definitely the foundation of a lot of our business, we also have the ability to have a whole personal side on social media that was not even in existence years ago. I keep track of my kids sometimes with social media. I have to check TMZ every morning to see what’s going on and then at night I go to bed with Snapchat.

That may sound sad, or dystopian, but there’s more than a hint of truth to Kris’ words. She’s been unabashed in her quest to make her family the dominant force in reality TV–and, by extension, on social media, which has become a mega-channel unto itself. KUWTK’s ratings have been on the decline for years (though three new babies will doubtless help shore them up); but as long as millions of happy followers continue trying to keep up with the family iconography, the Kardashians and all their unborn children will have billions of reasons to continue doing what they do.

(Photo credits: How much is Kylie Jenner worth via Instagram)

Another Duggar marriage: Josiah Duggar and Lauren Swanson are engaged