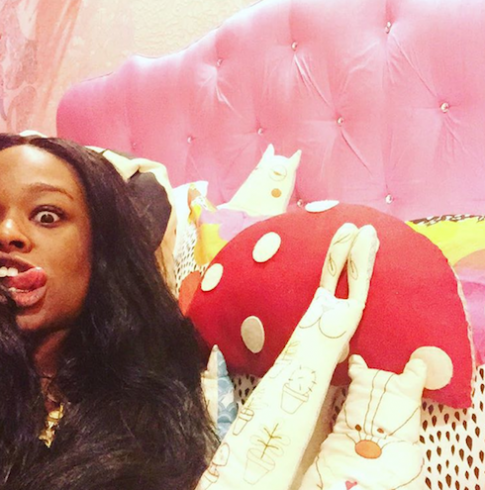 Just a few days after Azealia Banks got involved in a high-volume airplane fight–one in which she called a flight attendant a “f*cking f*ggot” and allegedly attacked a Frenchman–the controversial rapper has unleashed another tirade, this time on Twitter. This weekend, Azealia Banks got into it with a star of the popular British series EastEnders; the resulting social media spat devolved into the latest Azealia Banks homophobic rant.

The tweets–all of which have since been deleted–began with a single missive, in which Banks said the “LGBT community (GGGG) are like the gay white KKK’s. Get them some pink hoods and unicorns and let them rally down rodeo drive”

EastEnders stars Alison Newman (who is not gay) and Charlie Condou (who is) were among the first to respond. Condou asked whether Banks had actually deleted the tweet; Newman called Banks “an unfathomable idiot.”

A Twitter battle ensued, in which Banks suggested the following to Newman: “You’re confused. You’ve allowed gay men to convince you that u owe them respect while they refer to you as fish and c*nt. If gay men are allowed to take words originally designed to hurt women and make them colloquial, then why can’t I?” 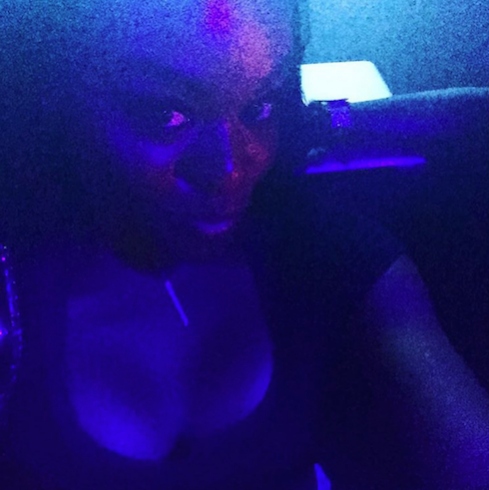 After deleting the Azealia Banks homophobic rant, the 24-year-old declared victory, tweeting out a series of celebratory statements:

You guys gave me so much power this weekend!! All I had to do was say one word and I moved a whole community. What weaklings!!! And this blood moon is a BONUS on top of it all!!!! If I am to be a part of an LGBT community I want to be in it with people who aren’t so weak or so easily moved ya know…Because all the time spent being mad at word could’ve been used to help people who really need the help! I’m not a weak bitch, being called a d*ke or a n*gger does absolutely nothing to move me…So yes! You CAN call me a n*ggerr and I won’t get mad! …. I’d be like ‘That’s all you got???’ You boys gotta toughen up!!! Don’t be so weak !!! If one word can put your entire community in distress you’re DOOMED. LOL. Words are not tangible things. You all CHOSE to get upset. Remember… Offense is only TAKEN, it is never given. Carry on …..

Over the past three years, Banks has become well-known for her online feuds; at least one publication has noted that Banks is better-known for generating controversy than she is for her music. Her best-known beef is with Iggy Azalea, but Banks has argued with Kendrick Lamar, Nicki Minaj, Lady Gaga, T.I., Pharrell, Lil’ Kim, and Lupe Fiasco, among many others.

Banks’ disagreements with the gay community are also well-documented.

MY 600 LB LIFE How much does Milla Clark weigh now?