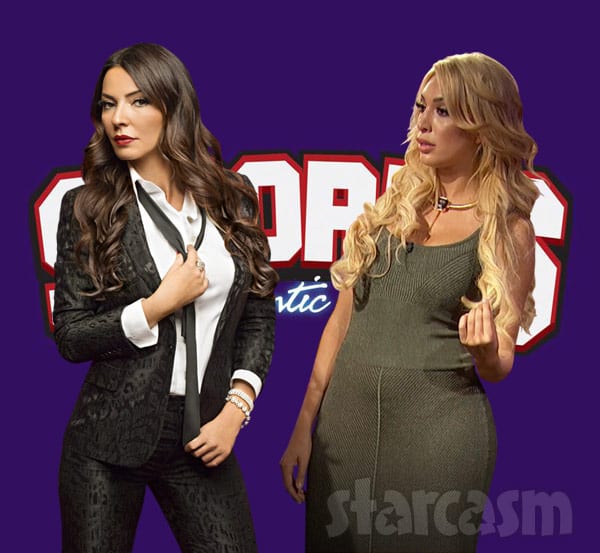 The Scores Gentlemen’s Club had its grand opening at the Hard Rock Casino in Atlantic City this weekend, and the event was co-hosted by two of reality television’s biggest divas: former Teen Mom star Farrah Abraham and former Mob Wives star Drita D’Avanzo. As is often the case when divas mix, the result was explosive — as in F-bombs and “I’m going to slap the sh*t out of that Mr. Ed-looking f**ker” explosive!

We will reconstruct the divaltercation as best as we can, beginning with what looks to have been a very pleasant dinner with PR boss R. Couri Hay:

I had an amazing time with the beautiful @farrah__abraham and @dritadavanzoladyboss at Roberts at @hardrockhcac ! The food was delicious and the company was even better ? . . . #RCHCPR #AtlanticCity #farrahabraham #dritadavanzo #roberts #hardrock #hardrockatlanticcity

At some point during dinner something went awry as Farrah took to Instagram live with some very unpleasant things to say about Drita. Here’s a clip of the first part of what Farrah had to say followed by a transcript of the entire session:

I normally don’t do joint appearances because, to be honest…I’m just kinda done with, like, other “reality people.” I feel like they’re either, like, hung up on drugs, drinking, f**ked up, unprofessional — just f**king nasty pieces of sh*t on Earth. Like, it’s a whole other, like, guys, I’m not going to be locked up in a psycho asylum…which I feel like most of the time reality stars are.

Tonight, I’m at, like, an easy AMAZING Atlantic City appearance… [Farrah cuts to a view out of her window and praises Atlantic City] …

You have someone show up and, like, talk to the owner about how you couldn’t send her her measly freaking money — at my dinner table, because she didn’t want to eat together — but then she can’t even do the photos for the club, she can’t even meet anyone, she can’t talk to anyone, and then she just disappears!

Here’s my vibe: If you can’t be professional to show up to work, don’t cry to other people when you have no money, no work, no nothing, because you are nothing. I’m sorry, if you’re irreplaceable in the workforce, no one wants to hire you. That’s not everyone else’s fault, it’s your fault.

I just had to release this, because [sighs loudly] I’m done! And, like, I don’t even know why they even shared my night with somebody who’s, like, a has-been. I’m, like, give me a break. It’s either you’re nice, you’re amazing, you have good work ethic, or stay the f**k out of my way!

Farrah’s rant found its way to Drita, who spoke with Page Six about her co-host’s opinions. “I’m going to slap the s**t out of that Mr. Ed-looking f**ker,” Drita stated. For those of you who are unaware, Drita is an experienced kit shicker, and her words were carefully chosen.

D’Avanzo explained that — because she was arrested in 2016 for allegedly beating a neighbor (she was later cleared) — she considers it unwise, legally speaking, to henceforth attack people “with my closed fist.” However, she said “I’m going to smack the f–k out of her,” finally assessing, “What she needs a good old-fashioned smacking.” 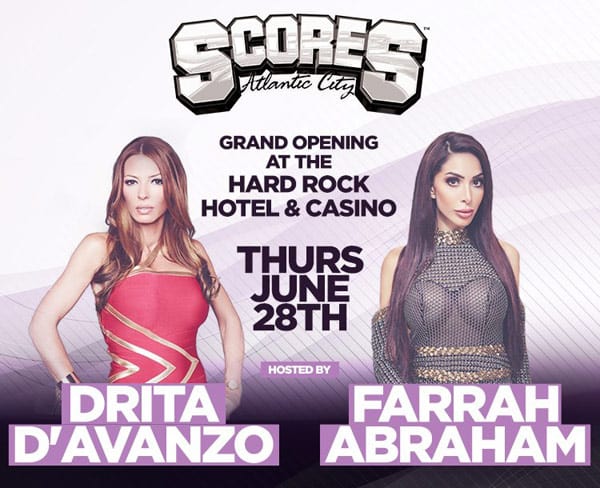 Drita openly wondered if perhaps Farrah’s anger was because Drita was inundated with fan photo requests while “nobody paid [Abraham] no mind.” That motive seems to be echoed by a “source close to Farrah” who spoke with OK magazine. “Farrah got jealous because Drita got most of the attention,” the source claims. “Everyone was there to see her and the club made it more about her.”

As most would have predicted, the war of words didn’t stop there. Drita decided to elaborate on her reactions to Farrah’s video with her own Instagram video:

Look, there’s a lot of drama going on today with Farrah. If you don’t know who Farrah is, Farrah was on Teen Mom and then she became a hooker or some s**t. Listen, I don’t care. It’s irrelevant. I don’t care that she’s a dick-less unemployed blow job. As long as you’re not my kid, it doesn’t bother me.

However, what does bother me is when I’m hanging out with you and you’re nice and you’re cool and then I wake up in the morning to hear that you’re ripping me to shreds on your IG. I don’t know who you dealt with in the past, but you got the wrong mother f**ker. I no longer assault anybody, OK? Because the last time someone tried to test me, they ended up putting me in jail.

You’re not worth it. However, I might have to make an exception. But I will tell you one thing, I’m not gonna close-fist punch your face in, I’m gonna open-hand smack the f**k out of you, straight up on sight, just so you know.

Drita tweeted the Page Six article and Farrah seemed to take exception to being threatened with having the f**k smacked out of her. “F**king low class trash dusted up nobody,” Farrah began her first tweet, “show up and work you have no work ethic and act like a criminal say what you want about me so you feel better about how pathetic you are! Use me for press haha your a loser go get a real job my lawyer will be contacting you Psycho???”

Farrah returned to tweet a slightly altered version of the photo with Drita and R. Couri Hay included above, and to add some additional commentary:

Dinner & Atlantic City was fabulous I hope the clown fixes her drug problem & her abusive relationship Girl I’m rootin for ya but have self control & don’t threaten my safety such a bad look on top of not working no wonder you don’t get paid @PageSix pic.twitter.com/yrbgZuZu7u

Farrah’s dad Michael Abraham spent hours responding to people on Twitter and defending his daughter over the spat. “Farrah did not start this,” he iterated numerous times, before emphasizing that Drita threatened actual physical assault. “Hopefully that woman will climb back under her rock,” he added.

A Mackenzie Edwards parody account warned Farrah: “Drita has connections that Farrah would have nightmares about. She messed with the wrong one this time!” Michael seemed unconcerned and implied that the Abrahams may have their own dangerous Italian connections! “Really….. nothing more than my Italian family has….” he tweeted.

So whose side are you on in all this? I think it is clear that Farrah did start it, but did Drita take things a little too far by responding with threats of physical violence? And would we be reacting different if Drita was a man? Oh, and just how much would you shell out for the Farrah vs. Drita pay-per-view celebrity MMA bout? We all know Drita can swing, but we also know that Farrah can dodge!

Maci Bookout Opens Up About Her Split From Kyle King — Will It Be Seen On ‘Teen Mom?’