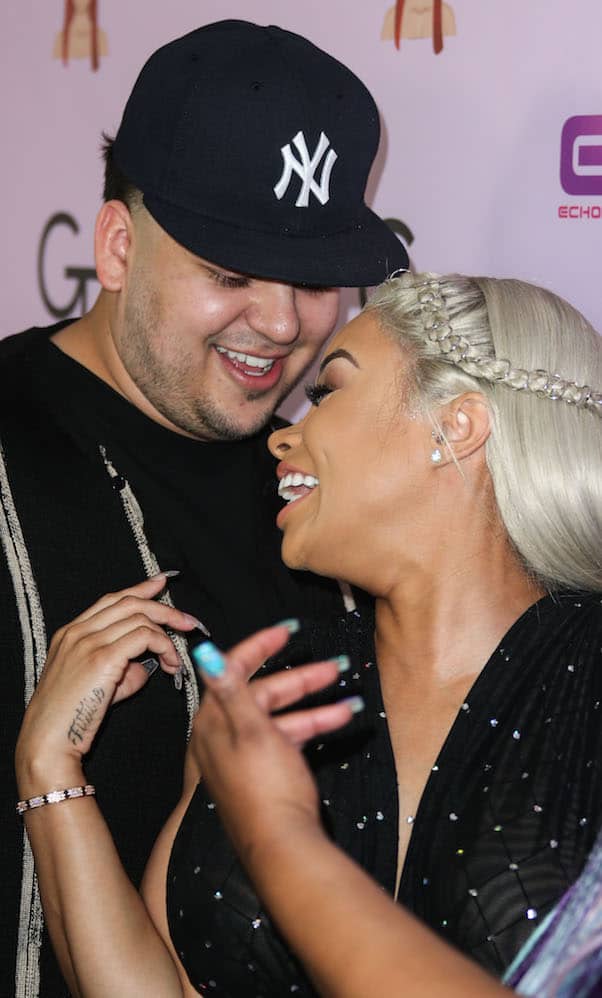 Blac Chyna’s first-ever talk show appearance was on The Wendy Williams Show this week. It’s a fantastic interview mostly because of Wendy’s prowess as an interviewer: Chyna was visibly nervous, often looked down and away, repeated herself several times, and in general seemed uncomfortable (though she did settle as the interview went on). The first few minutes are like a game of “Yes, and” where one person doesn’t understand the concept and just keeps saying “No.”

But Chyna also spilled plenty of good tea. She talked briefly about her ongoing fight with her former hairdresser, with whom Chyna has apparently had a couple of physical confrontations. She also talked about what it was like living in the same neighborhood as the Kardashians back when Kylie was just sixteen years old and not a billionaire and Tyga started dating her behind Chyna’s back. The clear highlight of the interview, though, came when Wendy got Blac Chyna to confess which of her highest-profile former lovers — Tyga or Rob Kardashian — was better in bed.

(One quick side note before we get to that shade: Chyna only ever calls Rob “Robert” in the interview, which is kind of weird when 99% of the time you encounter his name it’s in print and it’s just “Rob.” It’s simultaneously off-putting and kind of cute? And it could also just be a lingering after-effect from he and Blac Chyna’s protracted legal battle over alimony and child support payments, which only ended a few weeks ago.)

Here’s the full clip of Wendy Williams interviewing Blac Chyna; it’s worth your time, but skip to 12:02 if you want to get to the big moment:

WENDY: Who’s a better lover — Tyga, or Robert? (Cue shocked reaction from the audience.) All things considered. ‘Cause you know, as a woman, it’s not just about the act, it’s how you feel about him. And the snack he gets you afterwards.

BLAC: Neither. Can I choose neither?

WENDY: No. You have to pick one.

BLAC: I gotta pick one?

We’ve spent plenty of time making fun of Tyga over the years. One of my saddest days on this site was when Kylie finally broke up with Tyga for real, because it was clear he had already lived the first line of his obituary and would never be good gossip fodder again. So it’s nice to see Blac Chyna dragging him back out into the spotlight solely to pelt him with a vaudeville tomato. I also love how matter-of-fact she is with her answer. It’s just “Rob,” and then they immediately move on. There’s no colder dismissal than the shoulderblades in a former lover’s turned back.

Other things worth loving: Wendy continually shutting down her audience every time something “shocking” happens. “Settle down; we’re all adults” is a worthwhile mantra. And Wendy giving Blac Chyna enough breathing room to have a few nice TV moments. After getting past the salacious stuff — Chyna and Rob started having sex on “maybe” the fifth night they hung out — Chyna explains that she was attracted to Rob when he was overweight, and didn’t feel sorry for him: “I just wanted him to see his worth.” The only downside of the whole interview is that the Six Flags fight didn’t come up.