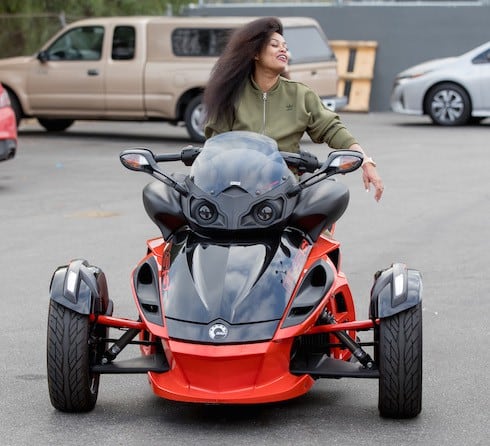 The Rob & Chyna publicity stunt breakup has taken the internet by storm since it was “announced,” via a series of melodramatic Instagram posts, this weekend. And, thanks to at least one update from a potentially fake account, plus a series of videos from the normally quiet Rob Kardashian, the topic has haters sneering and fans in shock. But there are several ways to suss out what’s really going on.

First, though, a breakdown of what the she-said-he-said allegedly looks like. And we say “allegedly” because it was a since-deleted Instagram post not from @blacchyna–which is Blac’s actual Instagram account–but from @blacchynala–an alleged backup account without a blue checkmark–that set the whole thing in motion. (Blac claimed she’d been hacked.) In that update, Blac accused Rob of mental illness, said she’d been taking care of him for the whole year, and claimed she couldn’t be with him any more, since his penchant for self-medication was doing more harm than good. Noted gossipsters The Shade Room archived the post, which you can read in its entirety below: 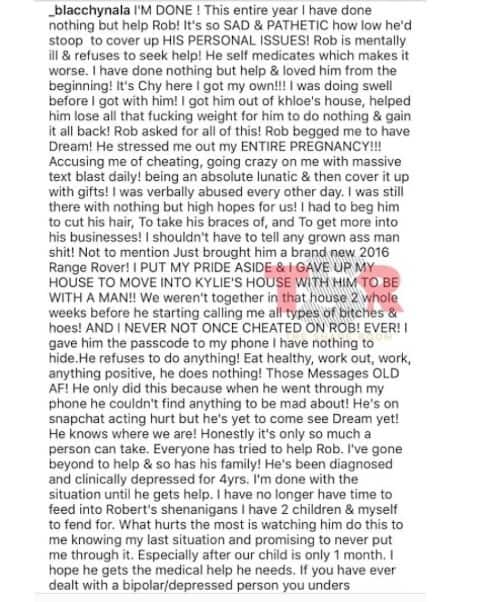 Only a few hours after that, Rob took to Instagram to share his side of the story. In between all of the jokes about Blac taking all of his Eggos and barbecue sauce was Rob’s allegation that Blac also absconded with the second or third most-important thing in the house: Dream Kardashian, the daughter the two of them share. (Not coincidentally, Rob & Chyna’s birth special airs tonight on Kardashian home network E!.) Here’s a string of Rob’s posts, in chronological order and screenshotted in the event of their inevitable deletion: 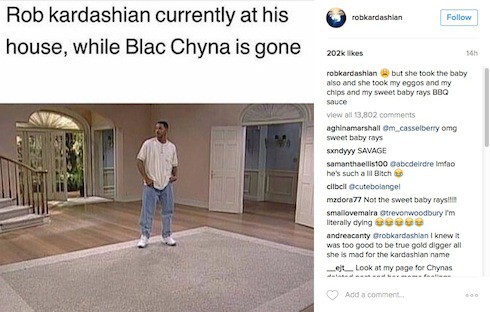 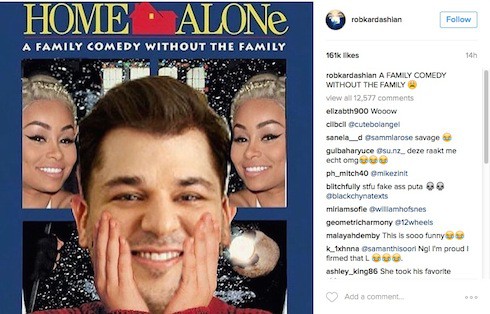 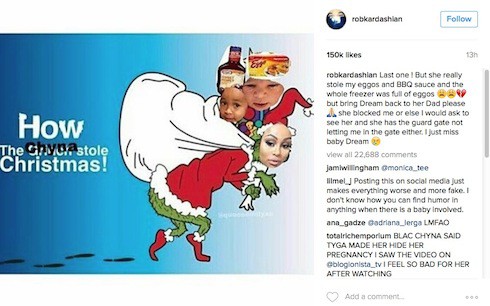 In addition, Rob addressed fans who said he was being callous with this update:

People are tagging me in these memes and just cuz I'm posting them doesn't mean this wasnt all serious. This is all very real and serious to me and I'm trying to cheer myself up with these and they are making me laugh. So relax. This wasn't fake or some publicity stunt. Trust me. My one month old beautiful baby girl got taken from me along with my wife who left me. Been upset for days so relax. This is all very real in my life. I don't play when it comes to my woman and my baby.

And he posted two quick videos, captioning them with an in-depth explanation of the events that led to Blac’s departure, plus his own feelings on all of this. The captions are the longest individual writings Rob has shared on social media in years, if not ever:

Sorry to be so open but I’m not feeling so good after seeing @blacchyna messages about me and what her plans were. I have never been this heartbroken in my life. I don’t mind being so open or if anyone thinks I’m being weak but I don’t play when it comes to Family and Chyna was my Family and thought we were getting married. I treated her as a Queen. My baby girl is 1 month old and Chyna took her and left this beautiful home that I just bought for us. Right before Christmas. Someone I have given my all too. I Loved every inch of that woman and loved everything that came with her. I truly loved Angela. I gave everything I owned for her. Didn’t know I was just part of her plan. I really believed she was in love with me the way that I was with her and I am so hurt and never felt this before. It’s different when you have a kid with someone. And after reading Chyna’s messages to her best friend she was going to drop me after a year. She didn’t even make it to that. I am so broken. This is a woman I fought my entire family for. I was in love with this woman to the fullest and I was none of that to her. Go to my snap—–> @robphuckedme …I thought this was going to be the best year of my life ,,, had a beautiful baby Dream and haven’t spent Christmas with family in years and I just can’t believe she really hurt me this way. She knows how to hurt me and I loved her so hard like I’m supposed to. Like any man is supposed to love their Wife. Chyna knew exactly what she was doing to get me. I can’t believe she did this to me. And this isn’t for some ratings this is my real life so please understand I’m just being open right now. Cuz if it was for ratings I wouldn’t explain all this here. And with Chyna’s messages and her leaving with everything and the baby I am broken. I go 1000 percent for my girl. I am so confused how a man who gives and loves everything about a woman is the one left alone. ? I’m sorry for being so open once again ,,, this is killing me ?

It’s not clear, though, why Blac chose a backup account to share her supposed true feelings about Rob. In the hours since that post, though, her official account has shared one preview clip for the Rob & Chyna baby spcecial, which, depending on your perspective, is either a stoic mother trying to remain true to her obligations in the face of high family drama, or a heartless attempt to cash in on manufactured drama involving a newborn.

Often overlooked in the melee of rumors and gossip, though, is the fact that E! renewed Rob & Chyna for a second season just days ago; at least eight new episodes will air in 2017. Given that renewal, at least one major competitor–VH1, no stranger to baby mama drama–has wondered aloud whether the Rob & Chyna publicity stunt breakup is nothing more than the couple “trolling everyone” with their breakup.

Finally, there’s the matter of Blac’s mother, Tokyo Toni, saying months ago that Rob & Chyna are under contract with E! for a marriage special. She said the two had actually been broken up for months, but would stick it out for the cameras before separating thereafter.