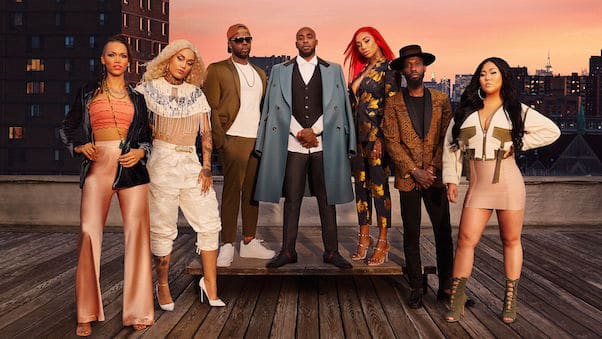 It looks like another Black Ink Crew spinoff is coming — and we might be getting it a whole lot sooner than you’d expect. According to several new reports, Black Ink Compton has already begun filming, and may be on the fast track for a full season order. If the reports turn out to be true, Black Ink Crew would likely follow in Love & Hip Hop‘s footsteps as a year-round franchise.

Ceaser has apparently wanted to open a shop in Los Angeles for some time. In fact, it’s actually kind of overdue: in addition to his New York locations, Ceaser has Black Ink franchises in four other cities. His grand opening in New Orleans kicked off Black Ink Crew Season 7 last year. Black Ink Philadelphia is set to open later this year. And Black Ink Atlanta and Orlando have both been the subject of spinoff rumors — though, for now at least, it’s just the shops.

(A quick side note: Though Ryan Henry’s show is called Black Ink Crew Chicago and it is an official spinoff of Black Ink Crew, 9Mag is not actually a Black Ink shop, and Ceaser doesn’t own it. Click here for an explainer on the relationship between the two.)

So the greater LA area represents a pretty big hole in Ceaser’s map. And with that out of the way: on to the Black Ink Compton tea! The Jasmine Brand was the first to report that the shop and the show are both in the works; in fact, per their report, the cameras are already rolling. “The hit series is reportedly heading to Compton,” TJB reported, adding that “while no specific casting details have been revealed, sources tell us that filming has already begun.”

Since then, there have also been plenty of rumors suggesting that Black Ink Compton could debut as soon as late 2019. Unless filming has been underway for months, that would be an extremely quick turnaround. It would be pretty fast even *if* production’s been underway for that long. But it’s possible that VH1 wants to turn Black Ink Crew into a year-round thing, with BIC debuting each winter, Black Ink Crew Chicago coming on in the early summer, and Black Ink Compton wrapping up the year beginning in late fall. (Recall that Love & Hip Hop was already a year-round franchise even before LHHMiami’s debut.)

The network may have been laying the foundation for a Black Ink Compton spinoff with the cast trip to LA at the end of Season 7 a few weeks ago. The show also dropped guest star Compton into the mix, and the dude was definitely well-reviewed. It didn’t hurt that he had natural chemistry with the rest of the crew:

In related news, filming for Black Ink Crew Season 8 is expected to begin this summer.

Did Tommie quit LHHATL like she says, or was she fired?