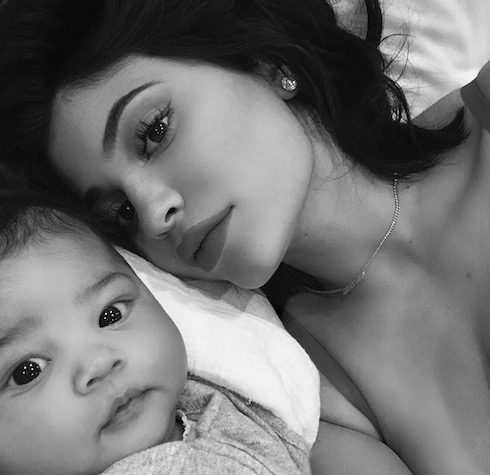 A couple of months ago, Kylie Jenner gave birth to the baby girl she had with Travis Scott. The parents named their baby Stormi. They were, contrary to countless reports, very happy about this! So were their families! And the whole internet seemed, for at least one brief shining moment, to be happy for them, too.

However, it turns out there was one Grinch in this particular Whoville metaphor. Kylie’s former flame Tyga — who remains best-known for being Kylie’s former flame — apparently put up such a fuss over Stormi’s father’s true identity that the baby mama herself took a break from round-the-clock motherhood to take a paternity test just to shut him up. And now, to the joy of tabloids and ridiculers everywhere, the very existence of Kylie Jenner’s paternity test — which does indeed confirm that Travis Scott is the father — appears to have been made public.

The news comes from UK tabloid The Sun, which quotes an anonymous insider close to the Kardashians. According to that insider, Kylie begged Tyga not to push her because she didn’t want people thinking she had been sleeping with two men at the same time:

Tyga has been demanding a paternity test throughout Kylie’s pregnancy but she wouldn’t hear of it. She still cares for Tyga but this isn’t something she ever wanted to agree to. Kylie begged him to back off because she didn’t need the embarrassment. The last thing Kylie wanted was everyone to think she might be hooking up with two men during the time she conceived. 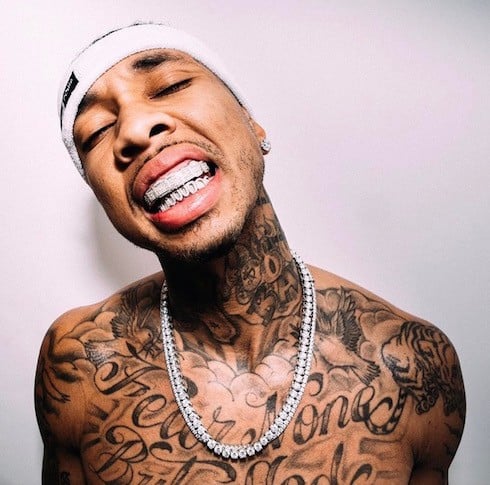 That is a very, very generous way for Kylie to try and save face for Tyga. Because what it really means is “I’m about to become a billionaire and don’t care about this, but I know you want people to think you were still plowing me after we broke up.”

Recall that Kylie split with Tyga in early April of 2017, and was dating Travis more or less openly by the middle of the same month. In order for Tyga to have gotten Kylie pregnant with a baby she delivered on February 1st of this year, he would still have to have been sleeping with her several weeks after they were officially done — by which time he was actually and openly pining for her feet.

The Sun‘s article also says that one of the conditions of Kylie Jenner’s paternity test was that Tyga “never mention the paternity of her child again.” But Kylie is reportedly “furious” thanks to Tyga addressing the paternity test rumors on Twitter a few days after they started to swirl.

I’ve never said anything about someone else’s child or family insinuating my involvement; and will never do so.

I have nothing to do with any of that.
People should be able to live in peace.

Devotées will recall that this is not the first time Tyga has insinuated he might be Stormi’s father; he did the same thing three days after the story of Kylie’s pregnancy broke last September.