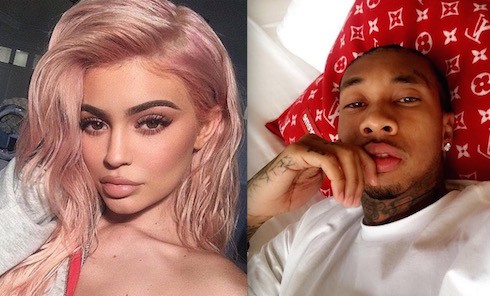 The last time we heard about Kylie Jenner and Tyga’s relationship, the two had been broken up for several months and word leaked out that Tyga has a not-so-secret fetish for Kylie’s feet. Now that Kylie is pregnant, though, it seems Tyga is either trying to creep back into her spotlight or is ready to make his claim on her unborn child, because he’s now claiming that he’s actually Kylie Jenner’s baby daddy.

Here’s the chronology of this particular what-if scenario. Shortly after the story of Kylie’s pregnancy broke late Friday afternoon, Tyga shared a screencap of The Shade Room’s report on Snapchat, and captioned it “Hell nah that’s my kid”: 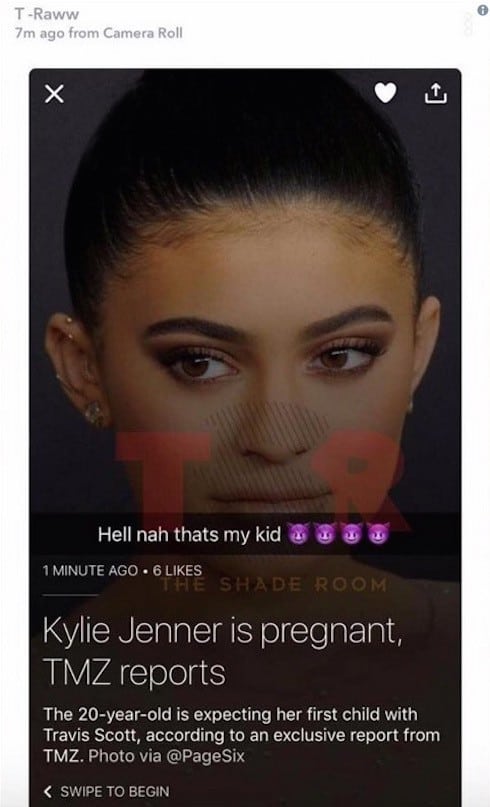 That may just seem like another pointless boast from a man well-known for them. However, based on what we know so far, Tyga could actually be Kylie Jenner’s baby daddy. Multiple outlets–People foremost among them–have reported that Kylie is due in late January or early February of 2018. Kylie and Tyga officially broke up in mid-April of 2017, but Kylie and current boyfriend Travis Scott–the presumed baby daddy–didn’t make their relationship official until several weeks later, by which point Kylie was also reportedly “still in love” with Tyga.

“Kylie broke up with Tyga partly because she felt too young to get serious,” said People’s insider. “Now she’s having a baby with a guy she just started dating. People around her are really surprised. It happened really fast, but for Kylie, being with Travis is so different than anyone else. She’s so in love with him. She’s really excited.”