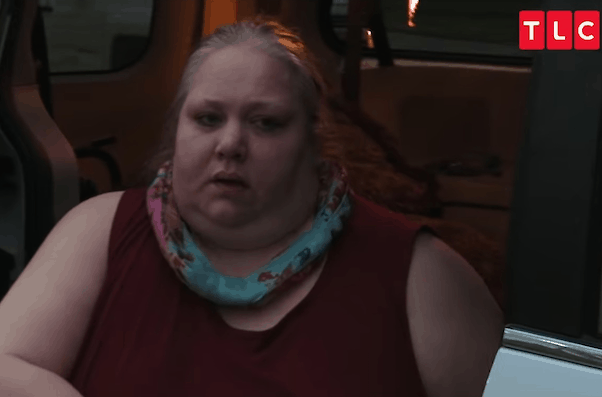 Native Ohioan Angela Gutierrez had something of an infamous reality TV debut earlier this year. The My 600 Lb Life cast member became just the second person to drop out of Dr. Nowzaradan’s weight loss program — and then claimed she was losing plenty of weight on her own.

In our Angela Gutierrez 600 Pound Life check-in, we’ve got a new pic of the Season 7 star, plus another potential update on whether she’ll be filming a follow-up episode.

And we’ve also got Angela’s take on the still-unfolding My 600 Lb Life lawsuit, which is up to ten cast members and counting.

Angela Gutierrez 600 Pound Life today: How is she doing?

We should preface this update by reminding you that most My 600 Lb Life viewers question Angela’s trustworthiness. At the end of her My 600 Lb Life debut, and after quitting Dr. Nowzaradan’s weight loss program, she told the doctor over a Skype call that she had actually lost 120 pounds since her last visit.

Dr. Now’s incredulity spoke volumes. So, just keep that in mind when you hear the latest from Angela.

For starters, Angela recently shared a new before and after photo of herself, one that’s sure to justify the beliefs of both haters and fans. The pic also features her daughter, Andrea, and appears to be a Mother’s Day shot, as that’s when Angela posted it. 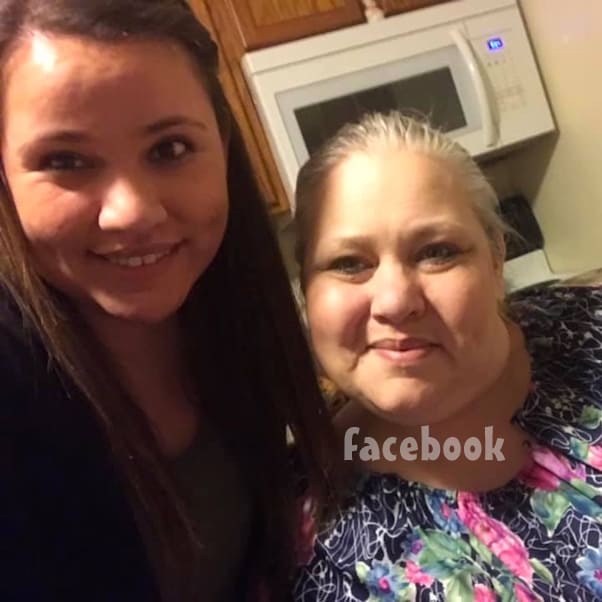 The photo had no caption. A few days earlier, though, Angela did share a meme suggesting she’s dedicated to healthier living.

Against a black background, the image’s brightly colored text read “Here’s to better habits, positive thinking, clean eating, & most of all, loving yourself.”

Other than that, Angela had actually been pretty quiet since her episode aired. That is, until the family of deceased cast member LB Bonner filed the first of what is now ten lawsuits against My 600 Lb Life production company Megalomedia.

Angela hasn’t filed suit against Megalomedia herself. (It is possible that she spoke with attorney Tony Buzbee, who’s representing all ten plaintiffs in the case.)

Angela has spoken publicly about the case, and in full defense of the cast members. In an update after this article was originally written, Angela said she would “love to be a part of that case.”

Angela also added that she hoped the case meant “people will learn the truth about that show.” (Click here for Angela’s full comments on the lawsuit.)

It’s also worth pointing out what we originally noted in this article. The photos Angela has made public all conform to My 600 Lb Life production company Megalomedia’s strict rules about what cast members can reveal to the public.

At the time, we thought Angela’s adherence to those rules meant she was likely filming a Where Are They Now? follow-up.

Since her comments on the lawsuit, though, the likelihood of a follow-up episode getting produced and making it to air seems smaller.

Angela’s time back home in Ohio, before becoming a My 600 Lb Life cast member, were as harrowing as any we’ve seen on the show.

44-year-old Angela endured a lifetime of weight loss and gain before the show’s cameras began filming. She was actually the second Season 7 cast member to have already had weight loss surgery before filming for the show.

Angela lost 100 pounds from her then-peak weight of 375 as a result of that surgery. But she gained it all back thanks largely to a series of horrible misfortunes.

Between her first surgery and her episode, Angela was charged with child endangerment. She lost custody of her children to their grandmother. And Angela’s increasing weight made her bouts with multiple sclerosis much more difficult to deal with.

Compounding those difficulties was the tough time Angela had finding someone to help her make the 1,100 mile journey to Houston from her southwest Ohio home.

Angela’s two children — Andrea, 23, and Chris, 19 — were unable to come for other reasons. (Andrea also suffers from MS; Angela felt she’d relied too heavily upon Chris in the past). So Angela was forced to make the journey with her former lover Eric.

Angela’s peak weight upon meeting Dr. Nowzaradan was 608 pounds. The doctor asked Angela to see how much weight she could lose on her own, using his diet and guidelines…but that was where Angela’s troubles seemed to really begin.

The lack of structure meant Angela never lost much weight at all while working with Dr. Now. She followed Season 7’s Jeanne Covey in dropping out of his weight loss program after a few months.

You can revisit Angela’s first My 600 Lb Life episode here. It’s available for streaming via TLC.