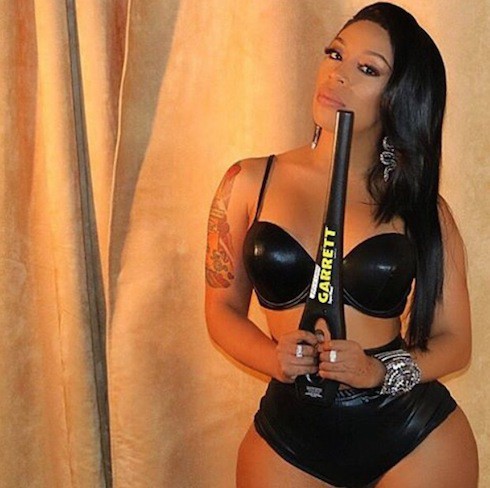 K. Michelle has never been afraid to say what’s really on her mind–and, now, she’s letting the reigning queen of pop music have an earful. The Love & Hip Hop: Atlanta alum and current star of K. Michelle: My Life came out swinging against Adele, her fans, and the whole so-called blue-eyed soul movement in a new Q&A with fans.

Hip Hop Hollywood was first on the scene with the K. Michelle news. When asked about the “current state” of rhythm & blues music, K. Michelle was her usual blunt, tell-it-like-it-is self: “They allow white people to sing our music, [but] blue-eyed soul is some bullsh*t,” she responded. “Yeah, I said it.

“‘Hello,’ that’s some bullsh*t, sorry,” K. Michelle continued. “It’s a great song, great artist, but if a black girl was to sing that very song, it would not get played on the radio.”

And K. Michelle thinks she knows at least part of the reason why–to her mind, it’s a matter of black listeners not valuing black artists properly. “We sit around and call our very own artists flops,” explained K. Michelle, “but we’ll run and go buy some blue-eyed soul…They don’t have to destroy us, because we destroy each other.” 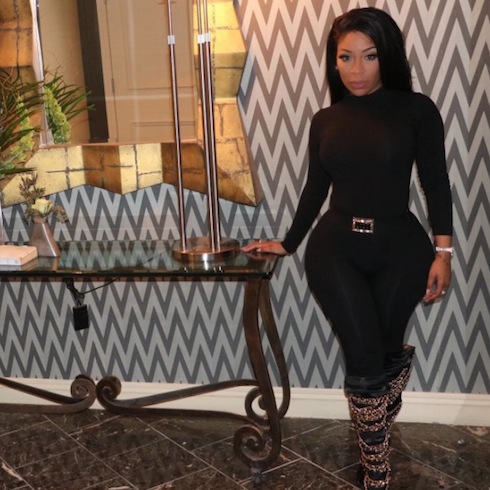 The Shade Room was the first to capture the K. Michelle interview; following the discussion it provoked, VH1 ran her full comments, which capture an even more subtle message:

Shortly after giving the interview, K. Michelle shared the following social media update, almost as if in response to coming controversy:

K. Michelle has also kept her Twitter feed lively with a series of updates from the recording studio: