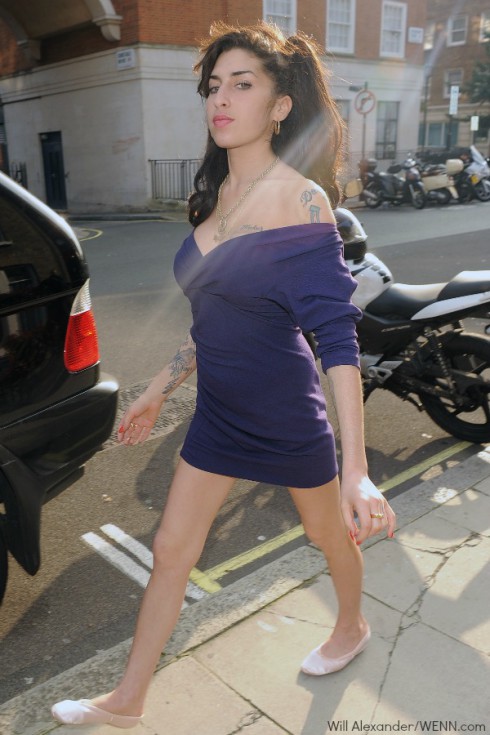 Amy Winehouse made a career of singing about her personal demons. From drug addiction in “Back to Black” to alcoholism in “Rehab,” no topic seemed too taboo for the star. Tragically, she ultimately died of alcohol poisoning in July 2011.

However, her brother, Alex Winehouse, recently revealed one battle even Amy was unwilling to share.

“She suffered from bulimia very badly,” Alex said in an interview with The Guardian’s Observer Magazine. “That’s not, like, a revelation – you knew just by looking at her…”

Alex, who works full-time with the Amy Winehouse Foundation, explained his sister developed bulimia when she was 17 and it was trendy among her friends.

“They’d put loads of rich sauces on their food, scarf it down and throw it up. They stopped doing it, but Amy never really did… We all knew she was doing it, but it’s almost impossible [to tackle] especially if you’re not talking about it. It’s a real dark, dark issue.”

Now, Alex and the Amy Winehouse Foundation aim to change that by promoting conversations in the United Kingdom about eating disorders, their causes and their consequences.

Although eating disorders are often viewed as superficial diseases, Alex said his sister’s battle was very serious — both in terms of how deeply it was rooted and its ultimate outcome.

“She would have died eventually, the way she was going,” Alex said of Amy’s drug and alcohol problems. “But what really killed her was the bulimia… I think that it left her weaker and more susceptible. Had she not had an eating disorder, she would have been physically stronger.”

Ominously, in 2007, Amy’s then-husband Blake Fielder-Civil begged her to address the bulimia before it killed her.

“You have to start eating properly. Bulimia is taking a terrible toll on you,” he reportedly said.

Amy’s combination of struggles is not particularly uncommon: The National Institute of Mental Health estimates that up to 75 percent of people with eating disorders have additional psychological disorders, such as depression or clinical anxiety. According to WebMD, substance abuse issues occur in one-fourth of bulimics. Often, one vice is used to control or distract from the other.

What was The Little Couple’s Bill Klein’s back surgery for? How is he doing now?