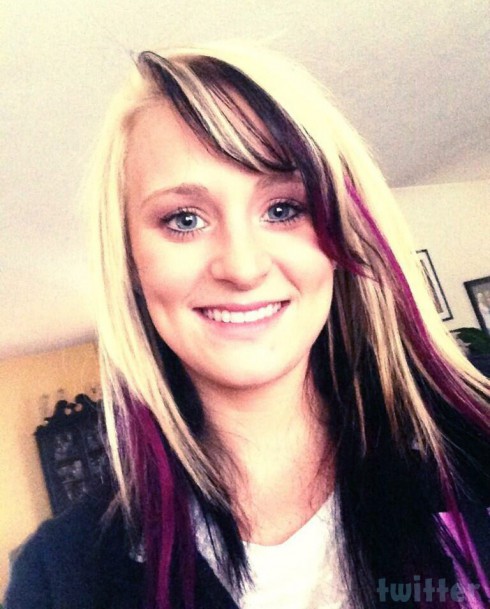 On the current season of Teen Mom 2, Leah Messer (not yet Calvert) continues to struggle with whether or not she should get back with her ex-husband (and father of her twins) Corey Simms, which is clearly creating a rift with her fiance Jeremy Calvert. While Leah appears to be willing to throw her relationship with Jeremy away, ***SPOILER ALERT*** those of us who have been following Leah’s story in real time know that she eventually chooses to stay with Jeremy, resulting in an eventual wedding and a child together.

So, it appears that Leah has finally put her hopes of reconciling with Corey behind her and move on with Jeremy. And Corey isn’t all that Leah has left behind as she continues down the road to happily ever after! Leah revealed on Twitter earlier today that she had her braces removed!

(I know, it was a bit of a reach as far as segue, but whatcha gonna do? lol)

Along with the photo above, Leah tweeted, “#BraceFree #Relieved #LoveIt”

Leah gave everyone a heads up about the braces coming off way back on February 21, and it appears as though she got the added bonus of having them off a day early! “OMG, soooo excited to get my braces off!!! March 12th can’t come any sooner!!” she wrote.

Leah’s teeth are looking great! Now, we just need to see a photo of that new baby!

* I initially commented on Kailyn Lowry’s tweet from November saying she was planning on getting braces in six weeks, along with a photo from last week in which she appeared to have none. Then, after a commenter shared a photo of Kail with braces from February 23, I added that too. Now it turns out that was some sort of throwback Thursday photo or something, so I have no idea at all what’s going on with Kail’s braces and apologize for even bringing it up! lol Now, let’s all get back to Leah’s new smile 😀