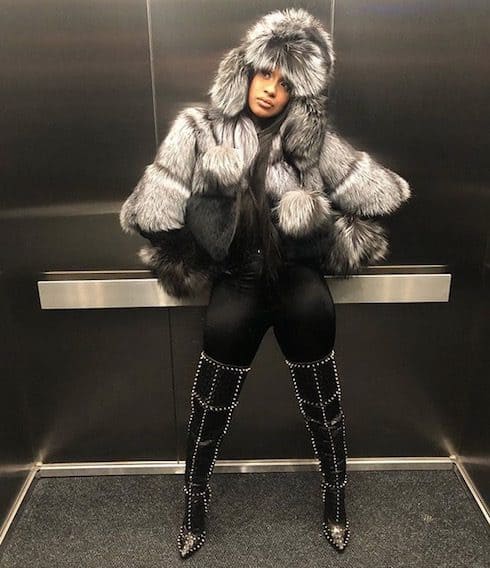 Rumors about the hottest couple in hip hop have been swirling for months — but did Cardi B get pregnant by Offset? The talk begin last autumn, shortly after Cardi and Offset went public; at the time, they stemmed from what a conversation an insider claimed she’d heard between Cardi B and her NYFW stylist about how to hide a baby bump beneath a flowing gown.

Cardi killed those rumors in typical fashion — that is, with brutal, hilarious honesty. “I’m sooo bloody,” she tweeted, “it’s not even funny.”

Fast-forward to today, and the gossip cycle has begun anew. It was only a few days ago that Cardi had to address the pregnancy rumors yet again, responding unexpectedly to an Instagram follower who asked if she had a “Kylie Jenner secret” her fans needed to know about.

“No bitch I’m just getting fat,” Cardi said. “Let me fat in peace.”

But the world, it seems, will not let Cardi B “fat in peace.” None other than former Basketball Wives star Tami Roman gave the gossip new life by weighing in with one of her infamous Bonnet Chronicles — and Tami thinks Cardi needs to “just make the announcement”:

Now, on the picture, you looked pregnant. Okay? Now, I know you said that you was just gettin’ fat, but…it looked pregnant. That pregnant lady belly, about two-three months, I don’t know….And that baby would be yummy! You know, you attractive, he attractive, the law of averages, it’ll work out for you, so just make the announcement!

So, did Cardi B get pregnant by Offset? We’ll begin our mini-photo gallery with the photo Tami referred to, taken on February 8th during Cardi’s Carnival performance in Trinidad. She wore a turquoise body suit by Angela Brinks for the occasion:

Everyone has been going crazy over @iamcardib performing in our original “Turquoise Crush” bodysuit! ✨ shop angelbrinks.com to look FAB in yours, too!

Skipping back a few weeks, here’s Cardi in a tight-waisted dress at a pre-Grammy gala on January 28th: 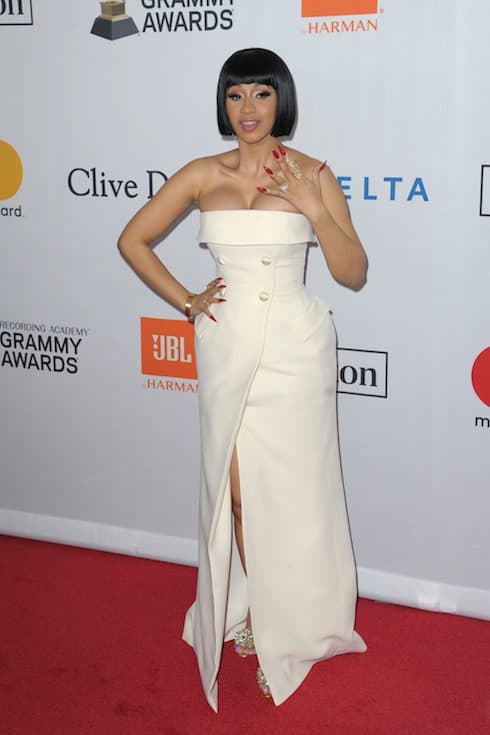 Now, keep that waistline in mind — here’s Cardi outside the Christian Siriano fashion show at NYFW just yesterday, February 10th. If you’re a Cardi B pregnancy conspiracy theorist, you’ll want to note that Cardi carried her midsection-obscuring wrap the entire time she was in front of photographers: 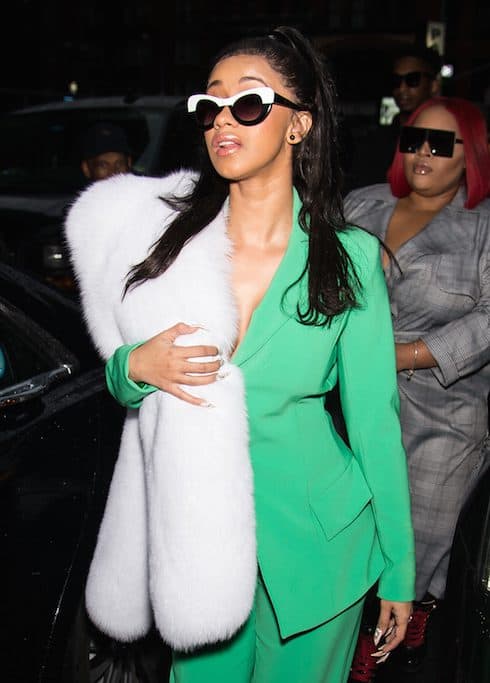 Finally, here’s Cardi in a completely different outfit last night, stepping out for another NYFW event:

At this point, about all anyone can say for sure is that there were plenty of rumors about Cardi B and Offset’s alleged engagement last summer, and those were quickly followed by news that the two actually had gotten engaged. Plus, given Cardi’s penchant for honesty and straight talk, it seems like she’ll probably be the first one to tell the world she’s pregnant when it actually does happen…

UPDATE – …which is apparently right now. According to TMZ, Cardi is currently about five months pregnant with Offset’s baby and is due to give birth the first week in July. And those of you with Coachella tickets need not worry: apparently, Cardi will still perform.

‘The Situation’ threatens to sue ‘The Confrontation’

Did Khloe Kardashian cheat with French Montana to get back at Tristan Thompson?