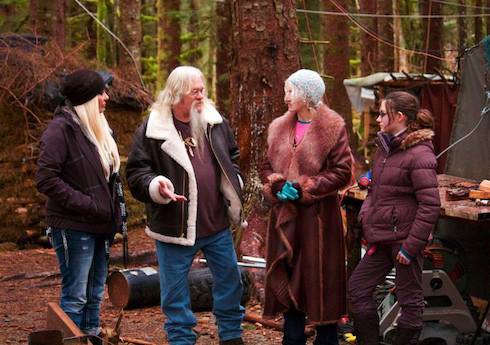 Is Alaskan Bush People real? The Discovery mega-hit has managed to attract controversy over its allegedly staged scenarios almost from the minute it aired, but a recent string of eyebrow-raising schemes has many viewers wondering where the network draws the line.

To be fair, though, it does look like many of the show’s viewers understand that there are elements of tomfoolery in the show’s plot: “reality” TV, after all, is not always based in reality, and viewers are often willing to forgive a show’s falsehoods if the general premise is rooted–more or less–in the real world. After all, our feature on the show pointed out that the entire first season of Alaskan Bush People was about the Browns “once again ventur[ing] into the bush to re-create the journey described in” Billy’s 2007 book One Wave At A Time.

It’s since become common knowledge that the Browns residency in Alaska isn’t (and hasn’t been) as constant as Alaskan Bush People makes it out to be, but, since the basic premise is sound–that is, they do live in Alaska, at least some of the time–and the show is entertaining, no harm is really being done. 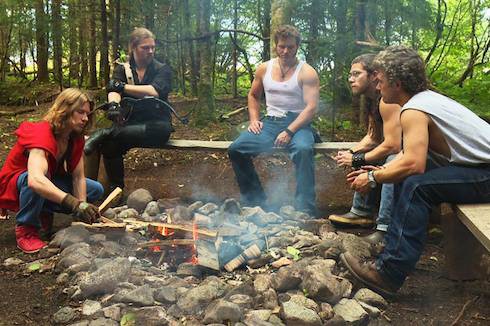 However, this season’s big revelation–namely, that Billy Brown had a secret daughter, about whom he knew nothing, and who was coming north from Texas to join the rest of the Brown clan–is the latest of the show’s plot points to seemingly fall apart under scrutiny. When Twila arrived, Billy said he hadn’t had any contact with her for 30 years, and that, based on when he last saw her, he still expected her to look like a little girl.

At the same time, though, a recent expose, posited by Radar and backed up by Inquisitr, suggests that not only had Billy and Twila been in infrequent contact for the 30 years they lived apart, but that Twila and her half-brother Matt had actually been in regular contact, via letters. Beyond that, there are photos of Matt and Twila together, confirming that they had met at least once before their on-camera meeting.

Furthermore, the show has been accused of exploiting a teen’s death for ratings–namely, Twila’s daughter’s death in a car accident. If Billy did know about both Twila (and her daughter) before Twila’s appearance on the show, then that part of Twila’s story had to be re-created for Discovery cameras–from the ground up, potentially. And at least one source claims that’s exactly what happened: not only did Billy know about his granddaughter’s death before the cameras rolled, but “he never consoled [Twila].”

Finally, it appears that an “Is Alaskan Bush People real?” trap might have been set, in the form of an allegation made by a viewer who says he lives near Browntown and that the show’s producers are casting about for a second boat for the family. Why a second boat? The story goes–and this is all rumor and gossip, but worth pointing out given the inconsistencies above–that the next Alaskan Bush People plot twist involves the Browns “coming to the rescue” when a nearby boat catches fire. Again: could be totally bogus, but, if we see a daring boat fire rescue in a future episode of ABP, we might know something’s up!