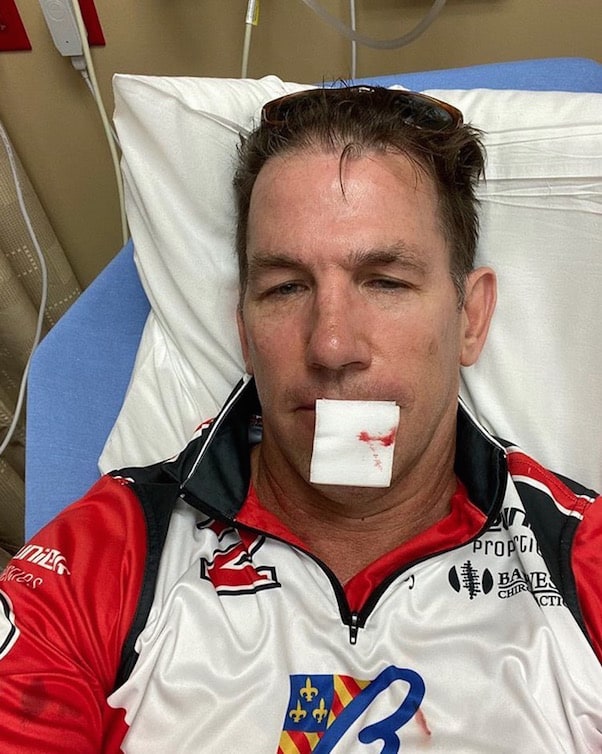 Here’s a sentence I didn’t expect to be able to write again: Apparently Thomas Ravenel managed to get a woman pregnant. That’s right — there’s Thomas Ravenel baby gossip! Despite everything that’s gone on in the man’s life over the last few years, the disgraced former Southern Charm star and admitted sexual assaulter is allegedly expecting his third child overall and first by occasional girlfriend Heather Mascoe.

It looks like South Carolina-based site FITSNews was the first to report on the Thomas Ravenel baby rumors, so we’ll start with their take. (Devotées will recall that FITSNews was also one of the first to report on Ravenel’s former nanny’s sexual assault claims.) According to the site, all of Charleston (and the Southern Charm cast) is lit up with the allegations about Ravenel and Mascoe.

It seems that Mascoe, a 39-year-old nurse, has been one of the 57-year-old Ravenel’s “steady girlfriends” since he split with Kathryn Dennis. The two are “no longer dating” now, but “Ravenel has…reportedly confirmed the baby news to several close sources – acknowledging Mascoe as the mother.” In addition, one of the site’s sources claims to have seen Mascoe “recently…at an OB-GYN office” in a Charleston suburb.

(Also, as Reality Tea pointed out, why does Ravenel seem to have a thing for registered nurses? He must be an absolute nightmare at Halloween parties.)

Before this, the dominant Thomas Ravenel gossip was that he was back with Kathryn Dennis in order to bolster his chances of getting back on Southern Charm. But that may have just been a feint, as Mascoe is said to be due in June. And, as an anonymous source close to Ravenel has said, Thomas is “known for throwing out disinformation.”

Of course there’s also a big Daily Mail piece on the Thomas Ravenel baby talk. *Their* anonymous source had this to say:

Thomas is doing everything he can to keep a lid on this. He’s told Heather not to go out and even people who know are afraid to say anything because Thomas is so aggressive when he is crossed….Kathryn knows, she was told by her attorney.

Mascoe, who has two children aged thirteen and twelve, also appears to have no social media presence whatsoever. And Ravenel just has the one still-unconfirmed Instagram account. He hasn’t said anything publicly about the gossip.

Ravenel and Mascoe also share some turbulent history, though it’s nothing compared to Thomas being arrested for assault & battery stemming from his nanny’s sexual assault claims. Or Thomas settling with the nanny, admitting guilt to the charge of third degree assault & battery and paying an $80,000 settlement to “People Against Rape, a Lowcountry nonprofit for sexual assault survivors.” Or the other sexual assault claims made against Thomas in 2018. Or the time he was indicted on federal drug charges. It’s almost like Thomas has done a ton of stuff that should make him repellent to potential mates!

Nope, his and Heather’s history is just some good old-fashioned drama involving her former lover, a Charleston restaurateur named Leo Chiagkouris. Last summer, after learning that the two had been sleeping together in the same house as his and Heather’s two children, Leo hung a banner from the balcony of his own home, one emblazoned with Ravenel’s mug shot and a declaration to “KEEP THIS GUY OUT OF YOUR HOUSE WHILE MINORS ARE SLEEPING!!”

So! If the rumors about Thomas and Heather turn out to be true, we should expect plenty of fireworks coming out of Charleston this summer, coronavirus or not.

Is Bravo casting for Southern Charm in Jackson, Mississippi?