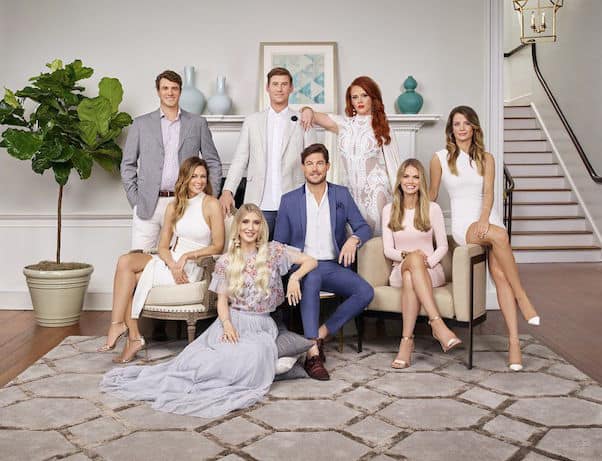 There have been a swirl of rumors about Southern Charm canceled over the past few weeks, thanks to an unexplained halt in the show’s usual production schedule and an uncharacteristic silence on Southern Charm Season 7 from Bravo itself. However, we’ve learned that the show is in fact coming back for another season — but it may also be in big trouble.

We’ll start with those initial rumors, which became louder and more numerous this week. Multiple outlets had reported that the show was on the rocks, and suggested that Bravo may have decided that the cast’s many off-camera legal and PR problems — with Thomas Ravenel only headlining the list — were simply too numerous to deal with any longer.

Then, star Shep Rose went on The Ross Bolen Podcast to talk about all things Southern Charm — and revealed that he literally couldn’t say whether or not the show would be back. “I don’t know if we are doing another season,” Shep said, “but we aren’t [filming] one now.”

Raising eyebrows even further was Shep’s weak defense of the show’s chances at renewal. “If I had a gun to my head, I’d say they want us to do another season,” he told Bolen, adding, “The ratings, I think, are pretty good.” (In fairness to Shep, they are.)

But the Southern Charm canceled question was put to bed — for now — by Shep’s co-star Patricia Altschul. Exactly one day after the gossip about Shep’s comments reached fever pitch, Patricia posted and deleted confirmation that Bravo had in fact ordered a seventh season, and that filming would begin in January of 2020. Via Reality Blurb, here’s a screenshot of her deleted post: 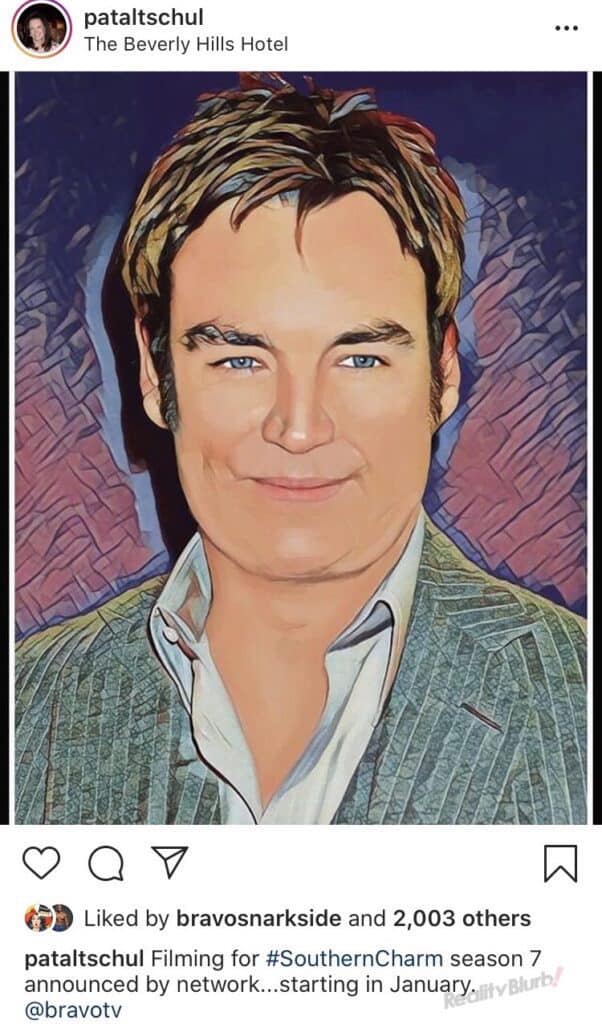 We should add one more intriguing bit of blind gossip that’s been making the rounds over the past few days. Apparently, there is one Bravo TV show currently filming right now that had the first completed episode for its new season outright rejected by the network. It’s said to be the first time Bravo had ever not given this show’s production company notes on what to fix, but told them to simply scrap what it had and start over. And just after this happened, one of the show’s cast members, while being interviewed for a podcast, tried to throw gossip hounds off the scent by claiming that his show hadn’t yet begun filming its new season.

So! The podcast bit of that certainly *sounds* exactly like Southern Charm‘s current situation. But, giving the benefit of the doubt, it could be another show — and it could be that someone associated with the show leaked a phony blind item for some unknown reason.

In any case, it sounds like we’ll soon find out whether Southern Charm canceled should be what happens before a Season 8! The show’s new season is expected to debut sometime in early 2020.