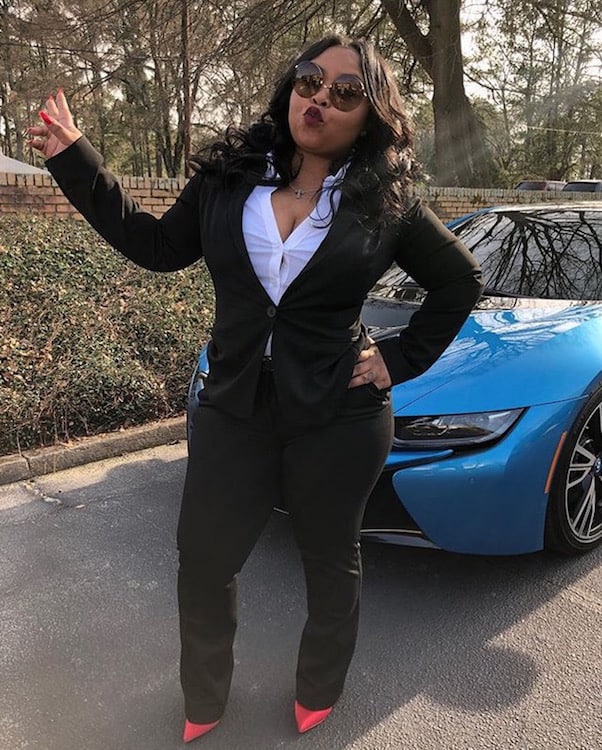 Born on May 31st, 1984, the 35-year-old Shekinah is technically a newbie for LHHATL Season 8. But she’s already a known quantity to most VH1 viewers: Shekinah is best known for appearing on the original run of TI & Tiny: The Family Hustle starting back in 2012. She filmed a couple of weave and style-based spinoff episodes with Tiny; there was even talk of one of them — Tiny & Shekinah’s Weave Trip — maybe being turned into a series, but nothing ever came of it. (It’s long been rumored that TI had Shekinah kicked off the show; whether or not that’s true, it’s clear that he and Shekinah never got along.)

And Shekinah’s LHHATL roots run deeper than the current season. She also made a couple of appearances on Love & Hip Hop Atlanta: After Party Live! during the short-lived post-show era during Season 4.

But for the most part, Shekinah Anderson has made her name thanks to the fashion grind. She’s got her own Atlanta salon, a growing line of beauty products, and a reputation for glamour among celebrities and celeb-watchers alike.

One other thing Shekinah has going for her is a huge social media following. Her three million Instagram followers are three times what social media sensation Lovely Mimi had before Mimi was added for LHHATL Season 6, and about as many more followers than Cardi B had before signing for LHHNY. It’s unusual for Love & Hip Hop to add someone *so* popular on social media to the main cast: in fact, with the exceptions of Rasheeda, Yandy Smith, and Erica Mena, Shekinah has more social media followers than anyone currently on any Love & Hip Hop show. And yes, that’s including viral sensation Safaree.

It’s difficult to calculate exactly how much anyone makes from social media ads, since the numbers change based on the celebrity or influencer involved, the company making the offer, and the exact engagement on each post. So take the following numbers with a grain of salt. But remember also that we’ll give the low end of each estimate, and leave the high end to your imagination.

Per Joe Gagliese, co-founder of influencer agency Viral Nation, it’s not at all uncommon for people with small followings — somewhere in the five figure range — to nonetheless manage a solidly middle-class living. For people like Shekinah Anderson, with millions of followers at their command, the net worth potential explodes.

Gagliese’s numbers are borne out by the industry’s own tracking tools. According to Influencer Marketing Hub, someone with Shekinah’s following and an engagement rate of 3.6% should earn on average — at the low end — around $6,000 per sponsored post. (In case you didn’t know, engagement rate is the total number of likes, comments, and / or views for the post in question, divided by the total number of followers. So an engagement rate of 3.6% would mean that a sponsored post on Shekinah’s page reached 3.6% of her total followers, or around 108,000 people.)

By our count, Shekinah has at least four sponsored posts on her Instagram page over the past couple of weeks. Based on that rate and the numbers above, Shekinah could be making a minimum of $624,000 this year from Instagram alone.

Assuming you’re still reading this post and not rushing out to try and become an influencer yourself, here’s one more Shekinah Anderson item for your enjoyment. It’s the time Shekinah went semi-viral after her BMW was stolen and the theft caught on camera back in 2017:

Shekinah claimed she might have been set up before even arriving at that Chevron station. She was “forced out of her BMW” by two unidentified black males; the thieves then smacked her car into two other vehicles trying to make a speedy getaway from the crowded parking lot.

Authorities recovered Shekinah’s BMW the next day, though all of her belongings — including several VH1 pay stubs from her TI & Tiny days — were gone.

Yolanda Hadid-Foster diagnosed with Lyme disease, might not return to RHOBH