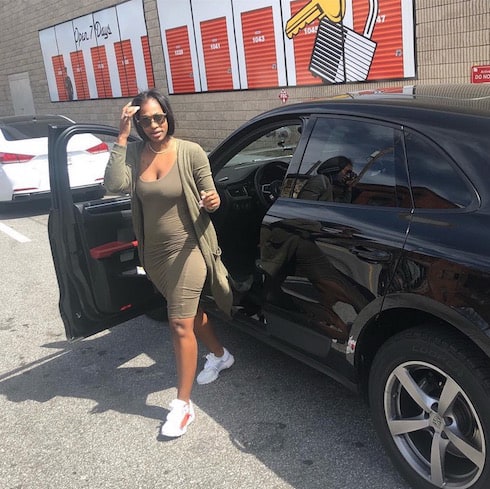 Love & Hip Hop Atlanta dropped a huge plot twist with the reveal that Scrapp DeLeon is in a halfway house thanks to the clean record of a long-lost sibling. Scrapp says he never knew he had a sister at all — so who is Scrapp’s sister Cheyenne? And is her story legit?

We were just as surprised as everyone else last year when it became clear that LHHATL Season 5 star Scrapp DeLeon was no longer in a Georgia prison on drug trafficking charges. Starcasm was the first to report that Scrapp was *not* out of prison; he was actually in a Macon-area halfway house, with his release from the prison system still set for January 20, 2021.

According to the LHHATL Season 8 premiere, the reason Scrapp was able to progress through the system was the discovery of a half-sister he never knew he had. The show explained that the judge in Scrapp’s case could only release him into the custody of a family member with a clean record — even, it seems, if he had never met the family member or even been aware of her existence. And so: enter Cheyenne Robinson!

Who is Scrapp’s sister Cheyenne?

KK thought that Scrapp would be so distracted by being out of jail he wouldn't notice a 30- year- old sister he never met and the fact that his father might be alive?????? ?‍♀️?‍♀️?‍♀️ #LHHATL pic.twitter.com/FYFWz7ri6p

And who is Scrapp’s sister Cheyenne? Her full name is apparently Cheyenne Robinson (Scrapp’s real name is Will Cortez Robinson), and she and Scrapp have the same father: Big Will.

(It seems there’s been some confusion on this point, so we’ll try to clear things up. Scrapp’s father is not Lyndon Baines Smith, the then-boyfriend of Karen King who Scrapp, Sas, and several of their other siblings jumped on Karen’s orders back in 2012, landing the whole family on America’s Most Wanted. Lyndon is Sas’ father, not Scrapp’s.)

Cheyenne runs a successful wig shop, Tress By Chey, in Atlanta. This detail has come under scrutiny from LHHATL fans, since, based on her social media posts, it looks like Karen King may have been buying wigs from Cheyenne for at least the last few months. On the show, though, Karen claimed she hasn’t had any contact with Big Will since August of 1988, and only found out about Cheyenne very recently.

In any case, Cheyenne seems to be taking to her newfound reality TV fame pretty well:

God is Great! Found out I had a brother and it changed my life forever… So excited for this journey in life and future.. my family is everything, and me and my brothers have developed an everlasting bond that I’m thankful for!! ❤️❤️

You can follow Scrapp’s sister Cheyenne on Instagram here. And you can keep up with the whole Robinson / King / Smith family when new episodes of Love & Hip Hop Atlanta air Monday nights at 8 on VH1.