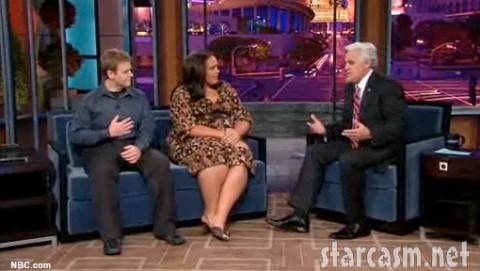 Last night on The Biggest Loser two contestants were eliminated instead of just one. The night was dramatic and historical – dramatic because Shay Sorrells was the first to weigh in and lost 17 pounds! 17 POUNDS! And that wasn’t good enough to stay out of the bottom three! (Because of the double elimination the one with the lowest percentage of weight loss was automatically eliminated and the the two next lowest were “below the yellow line” and were voted on by the other contestants to see who would go home.)

The night was historical because the two contestants eliminated were the heaviest man and woman to ever start the show. When Daniel Wright started Season 7 (He was invited back for Season 8 as a “Second Chance” to fit this year’s theme) he weighed 454 pounds. Shay started this season at 476 pounds. They both put in a lot of hard work and made a lot of progress, which didn’t stop when they left the farm. Check out these videos of how the two biggest Biggest Losers look today:

First up is Shay:

And both made an appearance on The Jay Leno Show last night as well:

Amazing! The Biggest Loser has some silly aspects to it (Games where it benefits you to eat cupcakes, contests where the prize is added pounds for that week’s weigh-in instead of weight percentage, etc) but it is a rarity for reality competition shows in that it has an incredibly positive impact on the contestant’s lives and health. It’s also very motivating to people with similar weight problems tuning in at home. A big kudos to the makers of the show – I know I will continue to tune in.

As of this week Allen is my favorite, but it seems to change every episode I watch.

For those of you that missed it, here is the scene from the last episode in which Shay was voted off:

VIDEO Ronnie and The Situation fight it out on Jersey Shore “Let’s do it!!!”