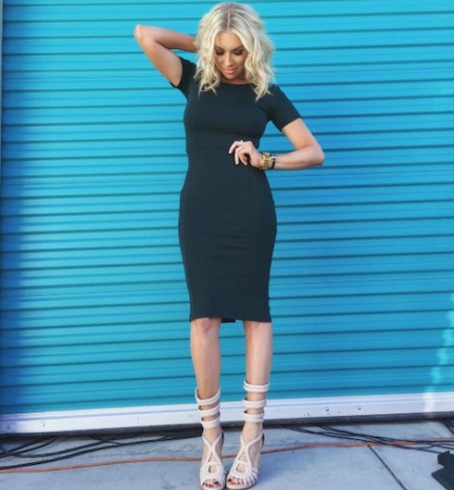 Stassi herself revealed the breast reduction surgery–which she referred to more specifically as a breast lift–late last year, shortly before her return to the cast of Vanderpump Rules. At the time, the reality TV star said she needed this particular Stassi Schroeder plastic surgery because “they’re too big. It’s back pain, and I started bleeding the other day…because of my sports bra….It’s too uncomfortable and they are so saggy, they look like two tube socks with change in them.”

Stassi repeated the “s” word shortly thereafter, when updating fans of her intentions on Instagram:

Photo from my last day with saggy titties. May they rest in peace. Side note: @tracehenningsen does a damn good blonde.

It was Stassi’s intention to “just [go] down to a D [cup],” she explained. And a recent Inquisitr article on the Stassi Schroeder plastic surgery topic reminded viewers that Stassi further acknowledged having botten both Botox and a chin implant well before her breast lift. Those procedures were for cosmetic reasons, though, where the breast reduction was more for Stassi’s general health.

However, an OK Magazine feature on the topic refers to Stassi’s “plastic surgery obsession,” and alleges that the polarizing #PumpRules star has had more work done than she’s ready to admit. Dr. Anthony Youn–who, it’s important to point out, has not operated on Stassi himself–is the source for the OK article. He claims that it looks like Stassi went from an A to a D cup at some point before having her reduction last November (and, presumably, a second set of breast implants after that, in order to go back down to a D). 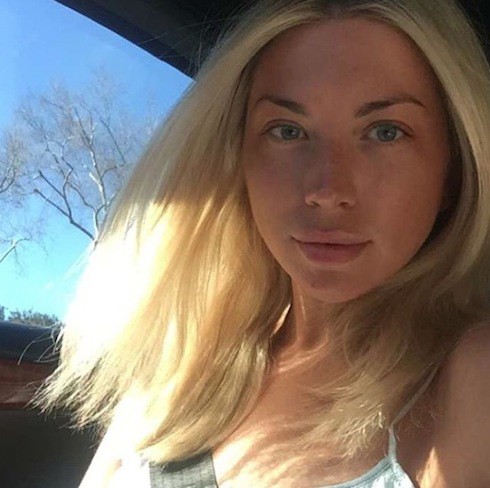 In addition, says Dr. Youn, “It also appears that [Stassi’s] lips have been plumped, likely with an injectable filler like Juvederm Ultra. The results last 6-12 months. Her cheeks may also have been enhanced, possibly with injections of Voluma. Voluma lasts up to 2 years and has been FDA approved to plump the cheeks.”

Dr. Youn didn’t give a range of dates for any of that Stassi Schroeder plastic surgery, so viewers will have to make up their minds about when it might’ve taken place (and whether it took place at all). Here’s a handful of shots from Stassi Schroeder’s Instagram feed, both from her time off Vanderpump Rules and into last year, before she left the show:

Having one of those days where Psoriasis is taking over my life. So many of you ask what makeup I use because it “looks” like I have flawless skin. I don’t. And these patches are an effing bitch to cover up and make me feel ugly all the time. So here ya go, a no make up selfie. Feel beautiful today, girls. We all have our issues. PS. I use HD make up forever foundation 😉 A photo posted by Stassi Schroeder (@stassischroeder) on Nov 5, 2015 at 11:11am PST

A little Valencia never hurt nobody…. Yo, lots of stuff going on today on #stylebystassi

Listen, I just wanna look like Kylie, but I’ll settle for Caitlyn. A photo posted by Stassi Schroeder (@stassischroeder) on Aug 5, 2015 at 11:36pm PDT

I need to be besties with whoever took this. #dontnormallylookthisgood #nyfw #charlotteronson