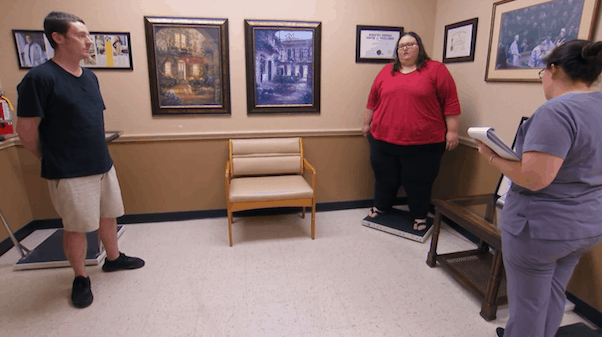 Our first official My 600 Lb Life Lindsey update is here, and it looks like things continue to go well for the Season 8 star! Iowan Lindsey Witte, whose perseverance and optimism made her an early fan favorite, appears to be making some tremendous weight loss strides in her latest photos. And, in what’s becoming her typically humble fashion, Lindsey has also endeared herself to viewers by giving plenty of credit to the people who helped her along the way.

Interest in Lindsey’s My 600 Lb Life debut was high even before her episode aired. The 39-year-old featured in what was the Season 8 trailer’s most infamous moment: she lay on a bed, withering a torrent of criticism from a man (who turned out to be Lindsey’s husband Paul) regarding her eating habits, culminating in the legendary line “Eat death, Lindsey!” Needless to say, anticipation for Lindsey’s actual episode was pretty high.

But viewers hoping for a train wreck of Assantian proportions were quickly disappointed — and delighted. Lindsey and Paul revealed his own struggles with alcohol, along with Lindsey’s own difficult history with weight loss surgery. She actually underwent a gastric bypass eight years before her My 600 Lb Life episode aired; while Lindsey was able to lose weight at first, she mirrored Season 7 cast member Holly Hager in her inability to keep the weight off.

And when Lindsey discovered her peak weight of 648 pounds at her first weigh-in, the journey ahead looked longer than ever. But the native of Hills IA made the most of her time in Houston: within months, Lindsey was down to 517 pounds and approved for another weight loss surgery. And by the end of her debut, Lindsey managed to shed a total of 210 pounds, bringing her down to a much healthier weight of 438 pounds and helping improve her mobility, outlook, and family life.

In short, My 600 Lb Life Season 8 is now two-for-two with success stories, thanks to the heartwarming tale of John and Lonnie Hambrick in the season premiere. But how is she doing today? We’ll let the woman’s own photos tell the story in this My 600 Lb Life Lindsey update. And we’ll start with one of Lindsey’s newest friendships, one that takes her and us all the way back to the show’s origins. Here’s Lindsey alongside debut patient and weight loss success story Melissa Morris, along with Lindsey’s original caption: 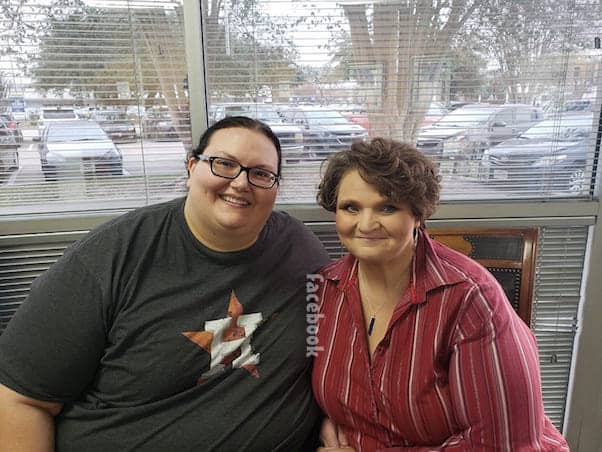 Oh Melissa, the pioneer of it all. To sit down with her and chat is always amazing. She is full of knowledge about how to overcome struggles of day to day life and how to reset and get on the right path. I’m so blessed to call her my friend.?

Next up is Lindsey’s tribute to Dr. Now, in a photo that appears to have been taken late in Lindsey’s filming: 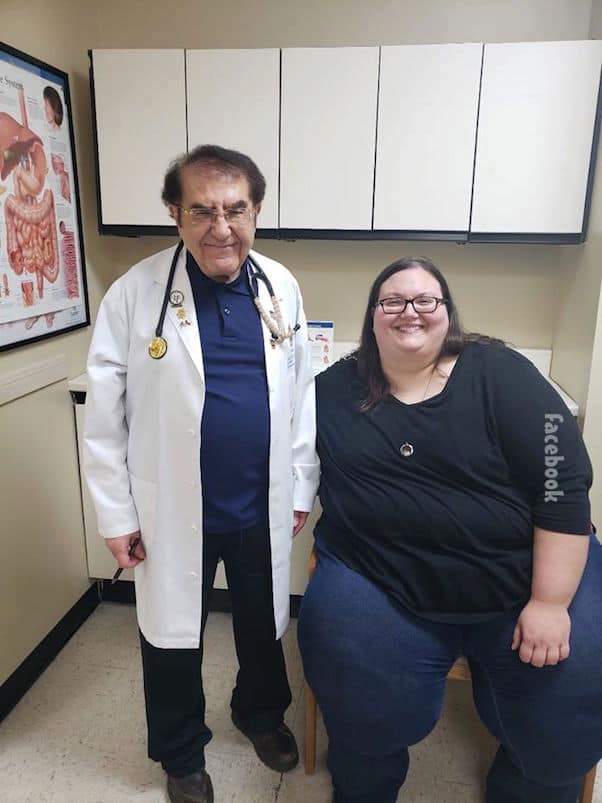 “Dr. Now is the most honest person I know,” Lindsey wrote. “He can see right through your BS, I’m so glad our paths crossed because I truly needed to hear my faults in order to correct them.” (And for those of you wondering, Lindsey also confirmed that she is in fact pinching Dr. Now’s butt in the photo — before quickly adding a “jk.” 😉 )

And no My 600 Lb Life Lindsey update would be complete without a few recent photos of Lindsey herself. Here’s the very latest she’s made public, from just a couple of weeks ago during a walkabout in downtown Houston: 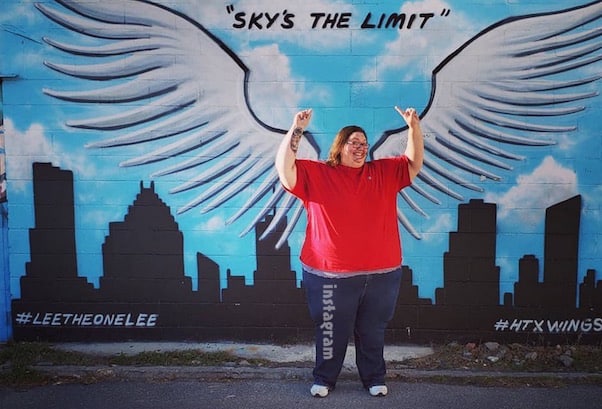 In a separate post on her brand-new Facebook fan page, Lindsey got real about the difficulties of her own weight loss journey, describing her wake-up moment as almost a call from a higher power:

It got to the point were waking up was a blessing from God. I prayed for this opportunity and my prayers were answered. My attitude is and will always be positive due to this second chance and my new outlook on life. I’m sad it came to that but no looking back, the sky is the limit. ❤

Finally, Lindsey also shared a new photo of her most prominent and arguably most personal tattoo: the coverup job on her forearm. The tat is a replacement for the one Lindsey got in honor of her first gastric bypass, and comes emblazoned with the words “What’s Meant to be will Always Find a Way.” Here’s the photo, along with Lindsey’s explanation: 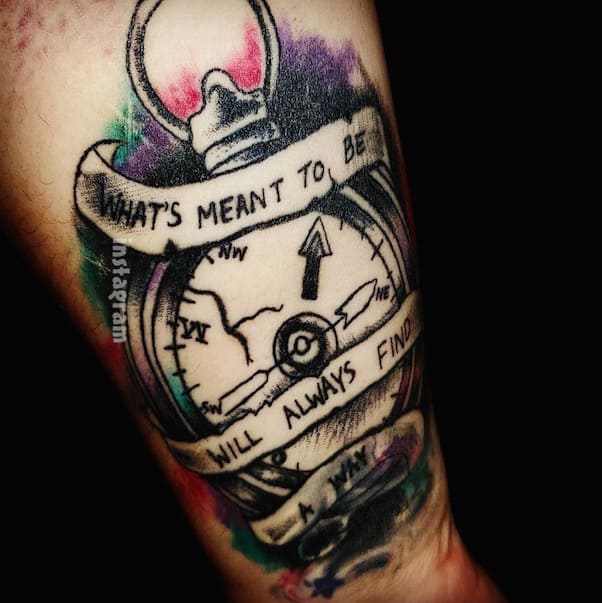 My tattoo cover up. I had my first gastric sleeve bypass on 8/17/2011 and failed. The tattoo I covered up is that date. I wanted something bold to cover it up. “What’s Meant to be will Always Find a Way” is my new favorite quote and a compass to show I’m never lost but it just takes some time to find my way is very symbolic to my weight loss journey. #gastricsleeve #whatsmeanttobewillalwaysfindaway #second_chance_success

For now at least, it looks like Lindsey has no plans for a second My 600 Lb Life Lindsey update in the form of a Where Are They Now? episode. When asked by a fan whether she was still filming, Lindsey responded, “Nope I’m all done!”

However, in another post from just after her episode aired, Lindsey also said that she won’t be back to Iowa for at least another year.

You can now stream Lindsey’s My 600 Lb Life debut via TLC.