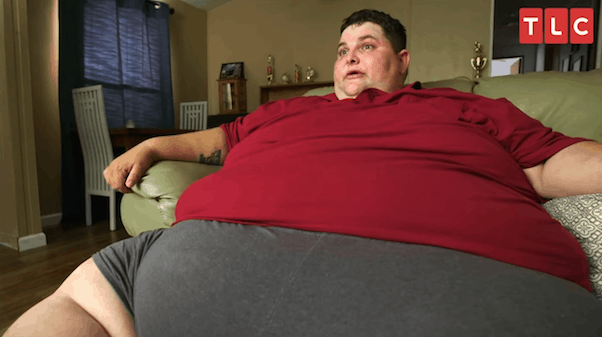 TLC is keeping its cards pretty close to the chest where My 600 Lb Life Season 8 is concerned. Fans of the show will recall that this is nothing new; by the end of last season, we weren’t even getting regular episode previews anymore. And so far, all the network has released about the first episode of the new season is the first names of the featured cast members. Fortunately, that was enough for us to find out more about the My 600 Lb Life John and Lonnie episode — and to find plenty of pics of the two of them from before and during filming.

At this point, you may be wondering why we’re already talking about the My 600 Lb Life Season 8 premiere when it won’t air for another couple of weeks. Yes, the actual premiere date is Wednesday, January 1st, 2020, but TLC is actually airing a nineteen-minute preview of the My 600 Lb Life John and Lonnie episode tonight, immediately following a new Where Are They Now? episode featuring Season 6 stars Tamy Lyn Murrell and Karina Garcia. In other words: If you’ve been jonesing for new My 600 Lb Life since Season 7 ended months ago, tonight is your night. (And yes, the preview appears to be exactly nineteen minutes long.)

As of this writing, TLC hasn’t made available a promo or even a teaser clip from the preview, so we don’t know exactly what to expect. However, there is this preview episode preview to go on:

John & Lonnie are two brothers from opposite ends of the spectrum. For years estranged, the brothers are now brought together by a common need to lose weight while they still can.

One of the tidbits of new cast info we shared in our Season 8 preview last week was that at least one new episode would feature two people, presumably family members. It’s a trend that began back in Season 5 with the Assanti Brothers and Brandi and Kandi Dreier. So, now we know that Season 8, Episode 1 will be the My 600 Lb Life John and Lonnie episode.

And, thanks to some sleuthing we were already doing, we’ve been able to confirm where John and Lonnie appear in the Season 8 trailer. They — and John in particular — are quite prominent, showing up at least five times in the two-minute video. In fact, the photo at the top of the article is a screengrab from John’s first appearance, at the 22-second mark; it turns out he’s the cast member who says “Losing weight is impossible, because food’s like a drug to me.”

Here’s the full trailer to refresh yourself, followed by a list of the brothers’ appearances

In addition to the appearance above, we see one or both of the brothers at the following points:

:37 John rides an electric scooter up a ramp, presumably to his house 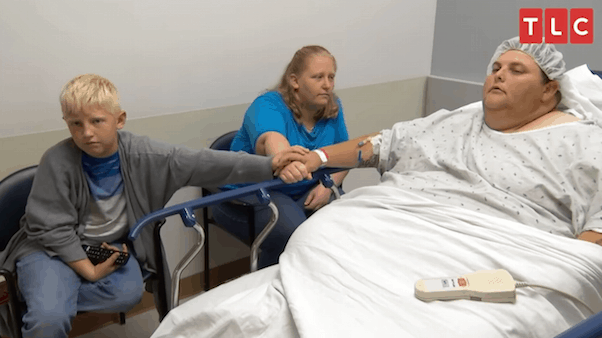 :47 John waits with his wife and son before surgery 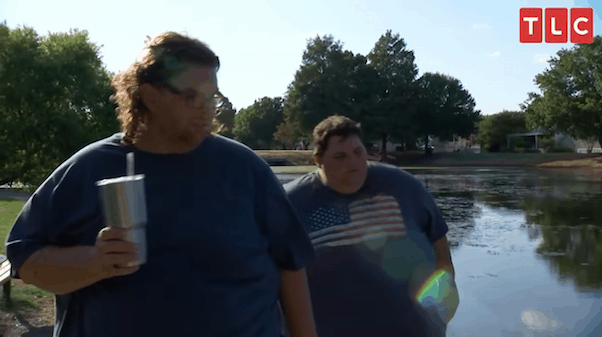 1:02 Lonnie (on the left) and John (on the right) walk beside a body of water; one of the brothers says “I’m scared I’ll lose my brother because of his weight.” 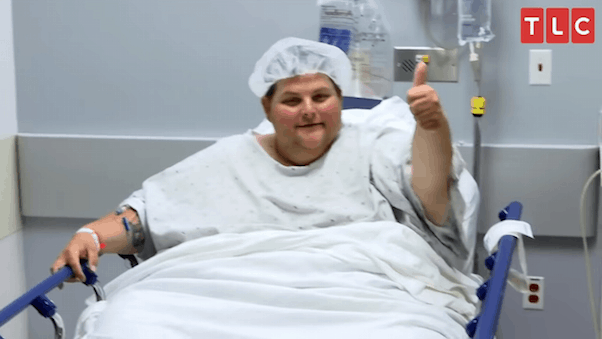 1:43 John, in the trailer’s most optimistic moment, gives the camera a thumbs-up before surgery

There may be one more My 600 Lb Life John and Lonnie appearance in the Season 8 trailer. I’m pretty sure that it’s Lonnie who pats Dr. Nowzaradan on the chest at the 1:46 mark and says “He’s been a lifesaver.” But the oxygen mask and tubes obscure the patient’s face just enough for me to have doubt.

But that’s not all we’ve got for you. Below is a trio of My 600 Lb Life John and Lonnie photos from (mostly) the past couple of years, including some images that may have been taken during filming for their episode. The oldest of the three is this shot of Lonnie and an unidentified friend; it looks to have been taken sometime in 2016. 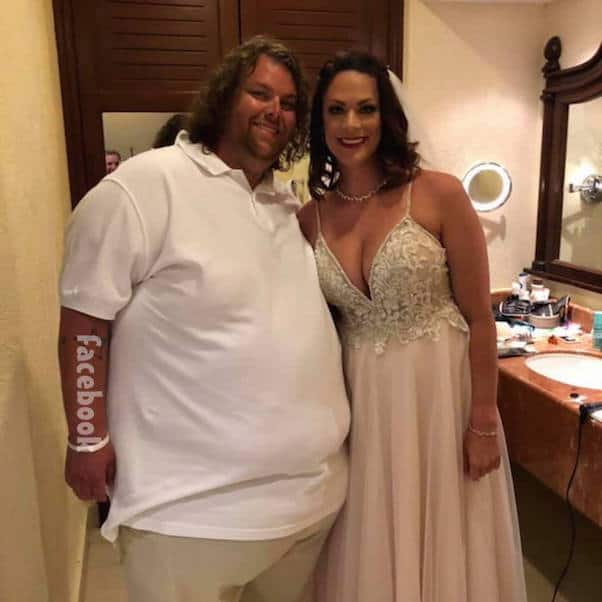 I can’t help but notice that while Lonnie appears to be overweight in this shot, he doesn’t look like someone who meets the minimum weight requirement for My 600 Lb Life. Of course, I could be way off — and it’s possible that Lonnie gained a great deal of weight between 2016 and the end of 2018 or beginning of 2019, when filming for his and John’s episode would have begun.

John and his wife Amber shared the next two photos in March of 2018, presumably just after they were married. Amber is turned away from the camera in the first shot, but John looks happy as can be. Behind him, Lonnie applauds his brother’s marriage, and the same blonde boy from the pre-surgery screengrab above — I’m assuming he’s John and Amber’s son — looks on as well: 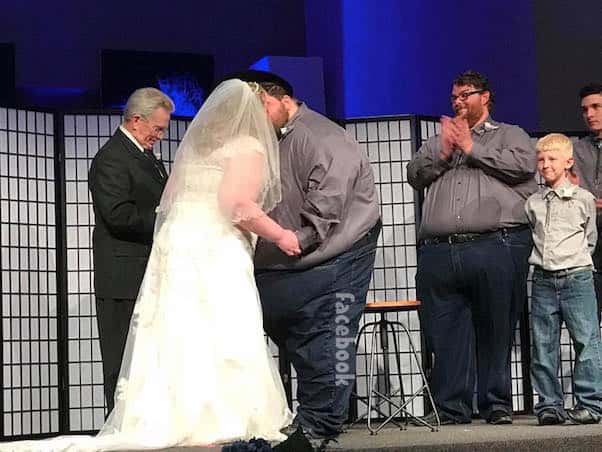 And in the third shot, John, Amber, and a family member pose outside the wedding venue: 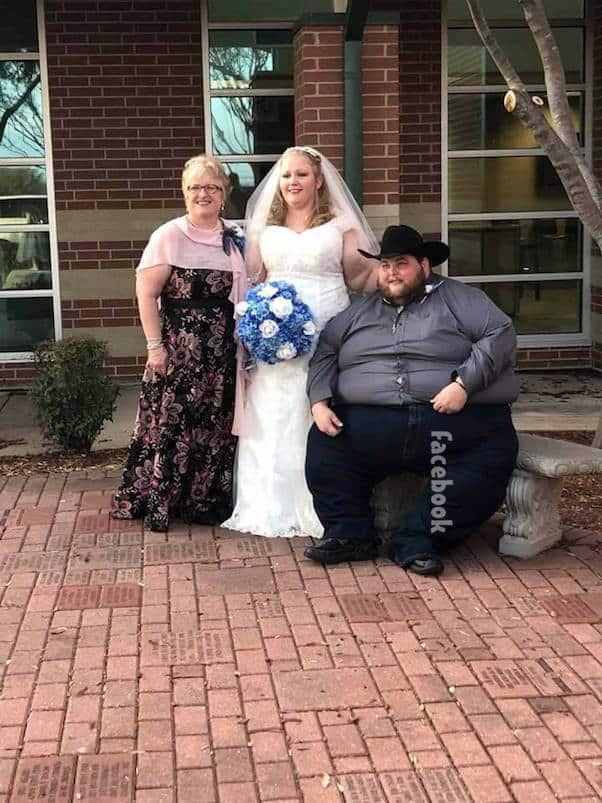 I think it’s safe to assume that Amber is the woman who gives the teary voiceover at around the :46 mark in the trailer. “It’s hard to think about having to bury the person I love,” a woman’s voice says, over footage of John waiting in his hospital bed, “and we haven’t really lived our life together yet.” Again, I’m basing that assumption on both the footage playing while the woman speaks and the fact that it looks like John and Amber have only been married for about twenty or twenty-one months as of this writing.

But we don’t have long to wait before finding out 🙂 Tune in to TLC tonight at 8 PM EST for a brand-new Where Are They Now? episode featuring Tamy Lyn Murrell and Karina Garcia; then, stay tuned at 10 PM for a nineteen-minute extended preview of the My 600 Lb Life John and Lonnie episode. The brothers’ full episode will kick off My 600 Lb Life Season 8 when it debuts two weeks from today, at 8 PM on New Year’s Day 2020.