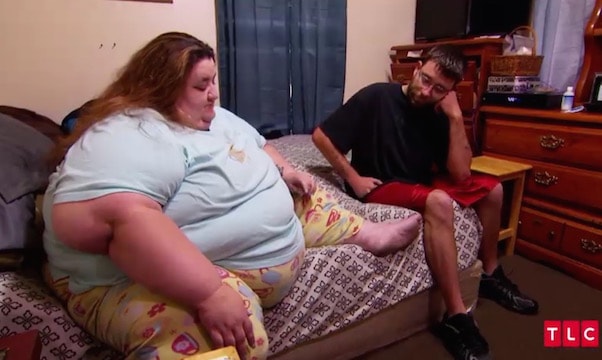 We’re nearing the end of My 600 Lb Life Season 7, and TLC is getting stingier and stingier with episode previews. The My 600 Lb Life Angie J episode scheduled to air tonight has so far suffered the same fate as Mercedes Cephas’ episode last week: we haven’t gotten a scene preview, and the official episode synposis is pretty generic:

At over 600 pounds, Angie is trying to get to Houston to see Dr. Nowzaradan, in hope of getting weight loss surgery to save her life. But family conflict and a disagreement may stop her from being able to do what she needs before she even gets the chance.

But we have been able to find out a few things about Angie ahead of time. For one thing, she’s actually the fourth person from Ohio to feature in the My 600 Lb Life Season 7 cast. (In case you’re wondering, the other three are Mercedes Cephas, who’s from Cincinnati; Brandon Scott, from just outside Columbus; and Angela Gutierrez, from the rural southwestern part of the state.)

Additionally, TLC has made public a very brief preview snippet from the My 600 Lb Life Angie J episode. It’s only fifteen seconds long, so “clip” is hardly the right word, but we do get the usual sense of urgency before each new story is told.

“I wish I hadn’t let things get this bad,” Angie says in the snippet. “But they are. I sit on the sideline for everything.”

Angela’s life has slowly passed her by, but she refuses to stay sidelined. Watch her get back in the game on #My600lbLife Wednesday at 8/7c. pic.twitter.com/eOxLvS5sSk

Finally, as Monsters and Critics was the first to point out, Angie started a GoFundMe to help defray the cost of her move from Ohio to Houston to work with Dr. Now. According to Angie’s GoFundMe — which she started on February 26th of this year — moving to Texas was the “hardest decision” she ever had to make.

You can read the complete explanation at the link above. Below is a condensed version of the Angie J GoFundMe:

I am almost 40 years old and I have been over weight almost all my life, and I’ve tried several different diets and diet fads with no avail. And my weight being at almost 600lbs has left me almost bedridden and desperate to get this life saving surgery. Moving 1900 miles from where I’m from and lived my whole life, leaving behind my children and grand babies and friends and family is the hardest decision I’ve ever had to come to but I KNOW if I don’t go I will be leaving permanently in a coffin! My health is rapidly deteriorating and I don’t really live anymore I just exist here day to day. I have missed so much life by being at this weight and I have blown out my one knee to the point I have to use a wheelchair to get around and it’s only a matter of time before the other gives and I’m completely confined to my bed 24-7.

As of this writing, Angie has raised $55 of her $1,200 goal. She also shared a photo of herself with Dr. Now from some point in the past couple of months: 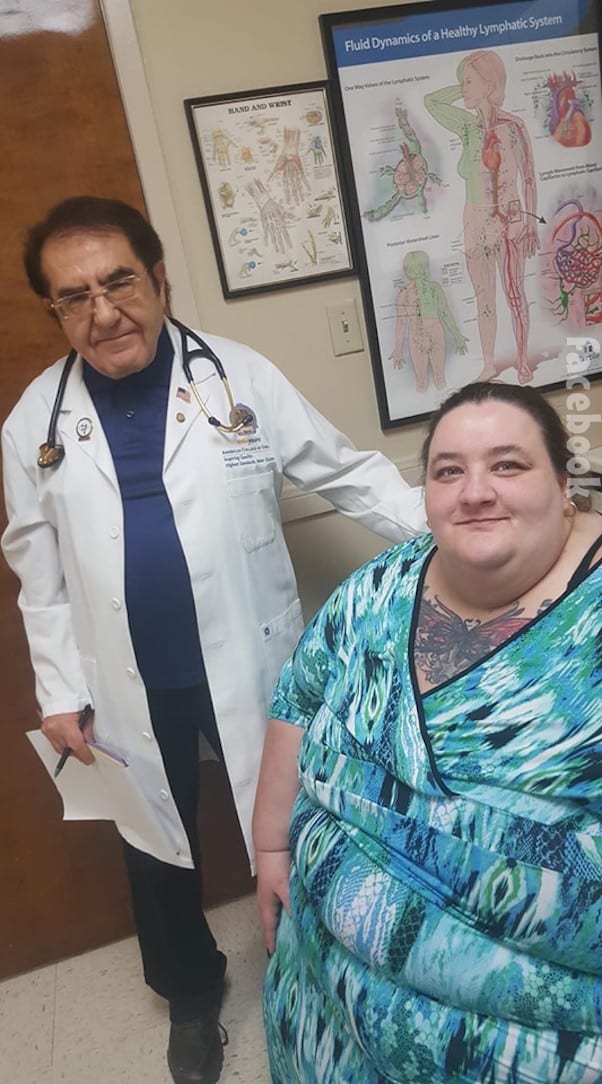 (A quick side note: We’ve pointed out in our feature on the My 600 Lb Life pay structure that the show’s production company doesn’t cover the full cost of each cast member’s move to Houston. Instead, cast members get a relocation stipend, which is why so many of the new cast members in particular seem to set up fundraisers once their episodes have begun filming.)

The My 600 Lb Life Angie J episode premieres tonight at 8 PM on TLC. After its TV debut, the episode will be available for streaming on the show’s official site.