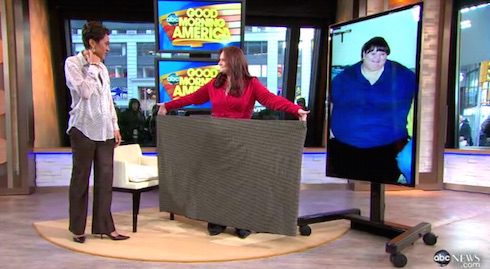 My 600 Lb Life trailblazer Melissa Morris, who was the show’s first-ever participant with her episode’s debut back in 2012, has been sharing quite a bit more of her story of late. How is Melissa Morris now? Between her social media and an unexpected, high-profile recent interview, we’ve learned about Melissa’s relationship with her husband Chris, more about her amazing sustained weight loss, and the personal tragedies and triumphs she’s experienced since our last update.

Melissa’s peak weight was approximately 673 pounds in her first My 600 Lb Life episode. (According to the episode itself, Melissa’s weight was actually 653 pounds. However, in the aforementioned high-profile interview — which we’ll get to shortly — Melissa refers to herself as a “673-pound lady.”)

However, thanks to a successful diet, and weight loss and skin removal surgeries, she dropped over 500 pounds in that episode alone. Melissa’s 500+ pound weight loss put her in exclusive company: among the show’s cast, only James Jones, Charity Pierce, and Christina Phillips have lost more than 500 pounds and kept that weight off.

By her 2016 Where Are They Now? follow-up, though, Melissa was struggling with depression, as well as pregnancy-related weight gain. She was back up to 270 pounds — and, as Melissa explained, was having a hard go of getting back to a healthy place.

“I didn’t realize how hard it would be,” Melissa said, “when you have kids and have food for them around you all day long.” Melissa added that she was “depressed because of everything [she] had to give up” in becoming a stay-at-home mom so that her husband Chris could work. 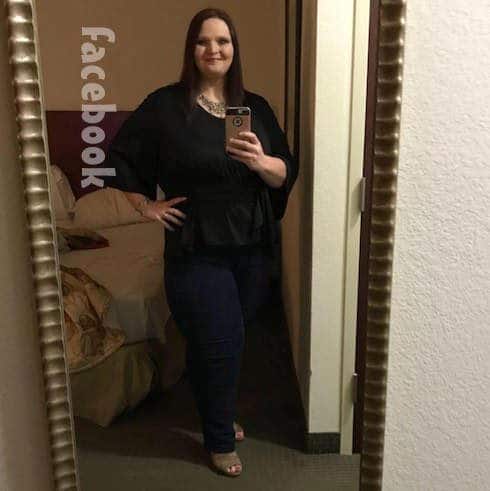 Melissa Morris’ most recent full-body shot, in August of 2018. Photo via Facebook.

As for Melissa Morris now, Melissa says that she and Chris are still together, and have worked hard on better “defining [their] relationship.” Melissa talked about she and Chris’ marriage during her Good Morning America appearance last year, in which Melissa’s 500-pound weight loss — based on the clip, she’s definitely back down to her most successful weight level — was celebrated.

“It’s very hard,” Melissa said, in her interview with presenter Robin Roberts. “[Chris is] a caretaker; he’s always been a caretaker….we are defining our relationship. It’s hard to learn to define a relationship. He was so used to doing everything for me. And I let him. I let him.

Melissa also added that she won’t watch old footage from her My 600 Lb Life episodes — her past obesity is still too dangerous a presence.

“Because I’m still her,” explained Melissa. “I’m still her. That lady next to me is still me. Every day I look in the mirror and I still see that 673-pound lady. I don’t recognize the body that I have, but the face is still mine.”

Unfortunately, Melissa’s Good Morning America interview isn’t embed-compatible with our site. You can click here to see the clip at GMA’s site. 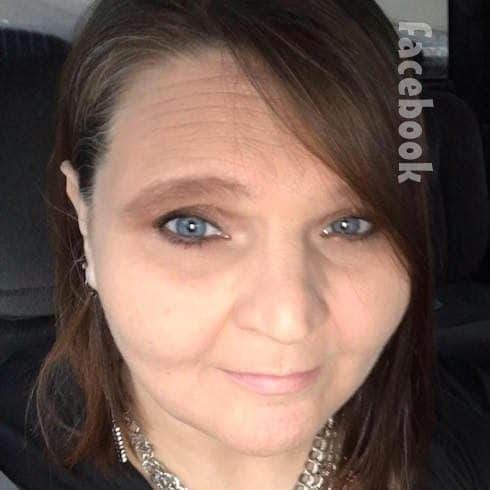 As far as Melissa’s health these days, it sounds like she’s doing much better than the last time we checked in with her. Last year, Melissa shocked her followers when she announced she was about to undergo emergency surgery, after a sharp, unexplained pain “dropped me to my knees.” Melissa hasn’t said what the surgery was for; at the time, she reiterated that Dr. Now, who performed the operation, “would never talk about me without my permission.”

But, Melissa added, “Dr. Nowzaradan is an amazing surgeon and fixed me right up.”

In other personal news, Melissa has been mourning the loss of her father, who passed away late last year. However, she’s also been celebrating the achievements of her oldest daughter, Nia, who just started her first year of college.

If you’d like to revisit her story to catch up to Melissa Morris now, you can stream all three of her My 600 Lb Life episodes on the show’s official site. The two parts of Melissa’s My 600 Lb Life debut are here and here; Melissa’s 2016 Where Are They Now? episode is here; and Melissa’s most recent update, from 2018, is available here.

MY 600 LB LIFE Angie J, tired of ‘sitting on the sideline for everything,’ vows to make a change