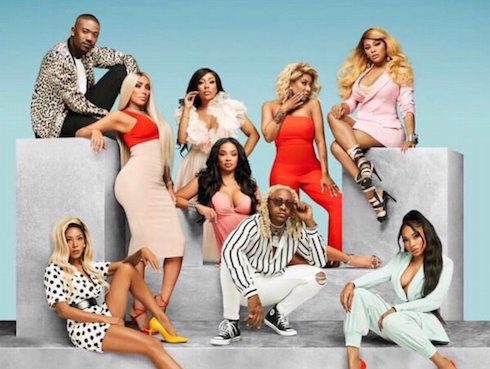 Love & Hip Hop Hollywood‘s new season is set to drop like a bombshell with its season premiere next week, and we’ve got the full LHHH Season 5 cast and trailer for you, along with a complete rundown of the show’s biggest storylines. The network always says that every season is going to be the very littest in the show’s history (something that’s true regardless of which Love & Hip Hop franchise is up in the rotation), but it looks like this season’s hype may be justified.

According to VH1, the theme of the season is ignoring fake news, which means the show might be letting go of some of its long-kept secrets — and setting itself up for some big changes. Before we go any further, then, here’s the official LHHH Season 5 trailer; judge for yourself how over-the-top you think things will get:

The biggest storylines in the trailer involve K. Michelle’s booty implants (and their removal); A1 and Lyrica’s relationship troubles; Safaree’s alleged involvement with Lyrica; and Teirra’s sex tape getting leaked, supposedly by a jealous lover. There’s plenty more where those stories came from though — we’ve been covering the LHHH Season 5 cast and trailer gossip for months, and here’s a rundown of a few more things to expect:

Where is Masika Kalysha? Did she quit the show?

Rumors of Masika’s departure have been swirling for months, ever since a February report in which it was alleged that she’d found a way out of her Love & Hip Hop Hollywood contract. So far, there’s been no official word on whether Masika is just teasing a dramatic midseason entrance or if she actually did quit the show.

As we wrote in our most recent look, it seems that Masika may actually be gone from the show — and it’s also been rumored for weeks that she’s joined the cast of Growing Up Hip-Hop: Atlanta. There’s also no official word on that bit of gossip, though it’s worth pointing out that Masika does not appear in the LHHH Season 5 trailer.

Are Alexis Skyy and Fetty Wap coming back to the show?

So far, it doesn’t look like either Alexis or Fetty will return to Love & Hip Hop Hollywood. Which is kind of a shame, if you were into their storyline. Since Masika presumably departed (if she is indeed gone) because she butted heads with Alexis, there would have been way less friction among the cast. But Alexis and her new baby Alaiya Grace aren’t showing up in any promotional materials either, so it’s at least possible that they, too, are gone.

And since Masika and Alexis are both likely gone, there’s really no reason for Fetty to stick around, either. Unless he wants to get some of his other kids and baby mamas involved.

Beyond that, there’s also Princess Love and Ray J’s first child together. Zell Swag is still fired due to his fight with Misster Ray. And Keyshia Cole, who signed on to do Season 4 for a reported $1.5 million, has long left the show behind her…and made way for some intriguing newbies in the process.

We don’t have long to wait to see the new dynamic in play. Love & Hip Hop Hollywood Season 5 premieres Monday, July 23 at 8 PM on VH1.

How did the Busbys from TLC’s Outdaughtered get quintuplets?