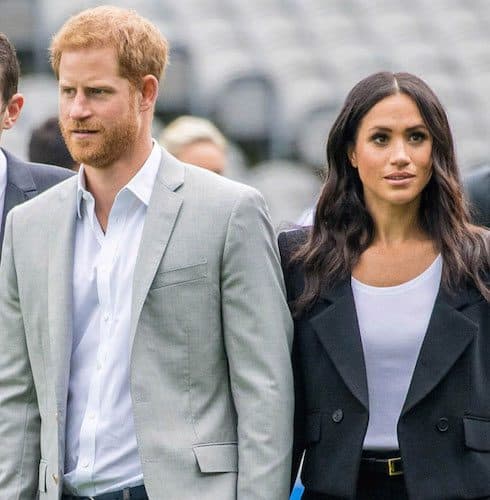 DLISTED – Dutchess Meghan and Prince Harry are reportedly “at their wits end” over Meghan’s father Thomas, who won’t stop giving embarrassing paid interviews to prolong his own minor celebrity

CELEBITCHY – After Ariana Grande got her sixth tattoo for Pete Davidson and he gave her his most prized possession in the whole world (his father’s fire department badge, lest you think that’s only hyperbole), the latest gossip is that these two sudden lovebirds are planning a marriage within the month

VOX – Two days after resigning as CEO of Papa John’s after he dropped the n-word in a conference call about racial sensitivity, Papa John is claiming it was a mistake to step down and he would like a do-over, please

JEZEBEL – What even is this

THE BLEMISH – Here’s Michelle Obama dancing at Beyonce and Jay-Z’s show in Paris. She looks pretty good doing it! But she’s also embarrassing the hell out of Sasha

LAINEY GOSSIP – Johnny Depp has settled his lawsuit with his former financial managers, whom Depp claims “f*cked around with his finances” something fierce. With that unpleasantness behind him, Depp only has his domestic violence claims and disappearing career to worry about

VERY SMART BROTHAS – If you need something fun and throwback-y to brighten your day, enjoy this minute-by-minute breakdown of Destiny’s Child’s appearance on MTV Cribs eighteen years ago

PAJIBA – And if you need something else to lighten the mood, here’s Kate McKinnon recalling the adorable meltdown she had when she met (her idol) Gillian Anderson

THE ASHLEY’S REALITY ROUNDUP – According to former Laguna Beach cast member Stephen Colletti, MTV has “been talking about” reviving the show, though Stephen himself claims he won’t be coming back either way

THE BLEMISH – Richard Harrison from Pawn Stars appears to have cut his son Christopher out of his estate shortly before Harrison died this year. Probably the last anyone will hear from this particular story