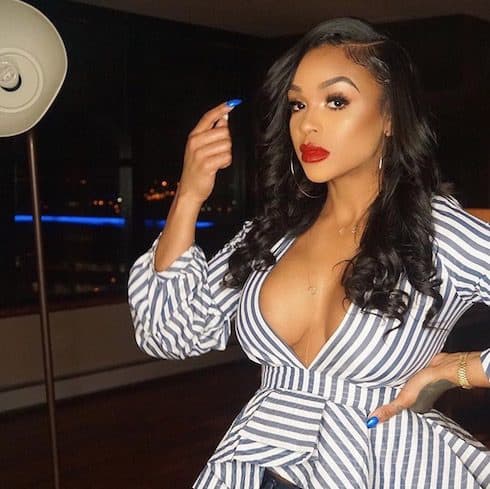 It seems that the queen of clapback might be fed up with Love & Hip Hop Hollywood‘s drama-tastic ways — but did Masika Kalysha quit LHHH for real? According to a new report, Masika officially washed her hands of the show just as filming for LHHH Season 5 got underway — and she refused to show up for the scenes that have already been filmed, meaning fans might have already seen the last of her.

Love & Hip Hop Hollywood Season 4 was easily Masika’s most tumultuous, thanks to Fetty Wap’s former flame (and sex tape partner) Alexis Skyy being added to the cast. Things came to a head at the Season 4 reunion taping, when Masika tried to get at Alexis upon hearing that Alexis was pregnant with Fetty’s baby (and security had to intervene). And before the season even began airing, Alexis and Hazel-E both accused Masika of child neglect following the Xanax allegations involving Masika’s daughter Khari Barbie.

So, whether or not the report that Masika is done with LHHH turns out to be true, it’s certainly believable. According to The Jasmine Brand, “it was per [Masika’s] own request” that she’ll no longer appear on the show, which “she feels like she’s outgrown.”

Beyond that, Masika is said to be “ecstatic about getting out of her contract,” in part because it’s said to be “hard to leave before your contract is up [on Love & Hip Hop].”

One thing the report doesn’t note, though, is how exactly Masika might have gotten out of that contract.

So far, the news appears to be uncorroborated by anyone other than TJB. Fameolous did mention that an unnamed radio station shared the story on-air, but it wasn’t clear if the station had its own sources or was just reading the original report.

As for Masika herself? She hasn’t said anything one way or the other yet. The closest she’s come is this cryptic tweet, which she shared after the story broke yesterday:

Move in silence… let whoever think whatever, build your empire and drop bombs on em when it’s done.

Love & Hip Hop Hollywood Season 5 is filming now, and is expected to air in the summer of 2018.

Real or Rumor: Is Radaronline right about Chris Cuomo resigning from ABC’s ‘Good Morning America’ via email, Is he headed to NBC’s Dateline?