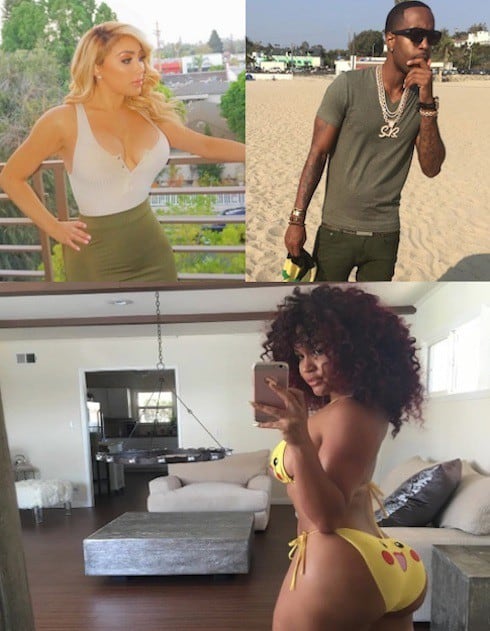 Is Nikki Mudarris the Safaree Samuels girlfriend? Isn’t Nikki dating new cast member Rosa Acosta? The answer to both of these questions appears to be a resounding “Yes,” which is one reason why Love & Hip Hop Hollywood fans are scratching their heads even as they appear to be anticipating the newest episode in this particular drama. Because Safaree isn’t exactly down with his girlfriend being down with another girl–though Nikki insists that her love for Rosa is real.

In fact, Nikki went so far as to address the rumors that she and Rosa Acosta are together only for show in a brand-new behind-the-scenes interview with VH1. Love & Hip Hop fans are suspicious largely because of LHHNY’s Season 4 storyline involving Erica Mena and Cyn Santana–to say nothing of the Mimi Faust and Chris Gould drama that bubbled up during LHHATL Season 5. “I know that when the viewers see this sometimes they are skeptical,” Nikki acknowledged. “They think, ‘Oh, is this a fake story line,’ or whatever, but one thing I will absolutely say is my feelings for Rosa are very real.”

At the same time, Nikki is totally fine letting Safaree think that he and she are on a rock-solid foundation–”It’s not his fault,” she says, “if he got a thing for some fine boss b!tches named Nikki.” And, as VH1’s official take on the situation reminded viewers, Nikki is “sure that Safaree is a great guy despite what people say about him being do-nothing gold digger.” And, on top of that, “[Nikki] believes he’s too genuine and sweet to use anyone for their money or influence.”

So far this season, Rosa not appeared in Nikki’s Instagram or Twitter feeds, and Safaree’s influence has been minimal. Likewise, his social media pages exhibit few traces of Nikki.