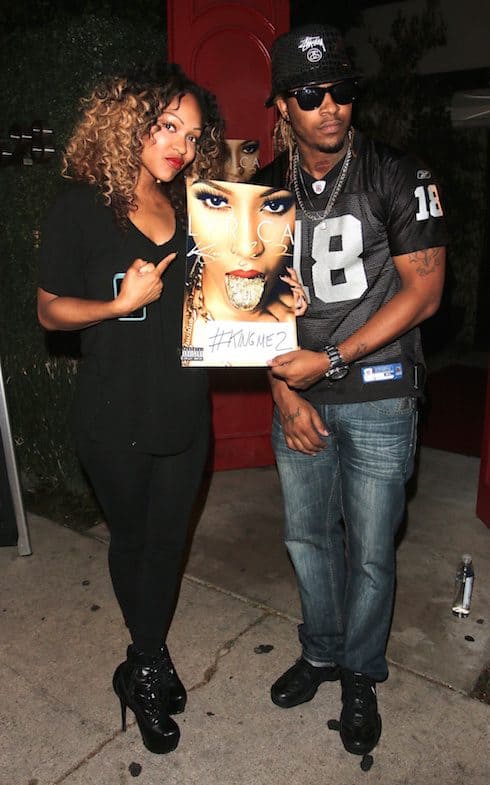 They’ve been one of the steadiest couples on Love & Hip Hop Hollywood since their intro and wedding on the show — but did A1 and Lyrica divorce? Talk of the couple’s split is out in force following some hot gossip regarding an alleged sex party A1 attended in a hotel suite during filming for the LHHH Season 4 reunion special out in New York.

The A1 and Lyrica divorce rumors got started a couple of weeks ago, when the couple — who got together all the way back in 2011 — deleted every trace of each other from their respective Instagram pages. (In fact, A1 went so far as to delete everything except three recent shots of himself working in the studio.)

Shortly after that, just as Love & Hip Hop Hollywood fans were wondering what had happened, The Shade Room reported on some of the alleged sex party details. According to their take, A1 “was out in #NewYork on September 17th [2017] with his boy a couple of days before the reunion and decided to bring some girls back to his hotel room.”

A1 and his anonymous friend “tried to have [the girls] sign a bootleg contract stating they couldn’t talk to the media” before “some adultery went down.” Naturally, the contract didn’t quite convince the women that they should stay silent, since both had receipts:

#TSRExclusive: Get into this tea! If you’ve been keeping up with TSR then you know that #Lyrica recently made a post about being single and wishing she would have mingled (swipe left to catch up). Everyone was stunned to hear this because this couple seemed to be the most solid on #LHHH ! _________________________ Well, we did some digging to see what the drama was all about and stumbled upon a couple of birdies that sang us the tea. Apparently, #A1 was out in #NewYork on September 17th with his boy a couple of days before the reunion and decided to bring some girls back to his hotel room. ______________________ Allegedly, A1 and his boy ran into some girls and started vibing with the girl pictured on the right. They brought the girls to the hotel room and tried to have them sign a bootleg contract stating they couldn’t speak to the media. Then some adultery went down and they told the girls they had to leave shortly after. As usual the girls had pics and receipts. _____________________ The news eventually came out and when #Lyrica found out it lead to the post we saw on social media. Ever since—- read more on TheShadeRoom.com

All that, of course, would seem to be reason enough for an A1 and Lyrica divorce. But Love 7 Hip Hop Hollywood fans have been calling BS on this story, correctly noting — as the following IG account pointed out — that the two of them have stopped following each other on social media, but are still following their in-laws.

Put that detail together with the fact that LHHH Season 5 is right in the middle of production, and it seems at least possible that Lyrica and A1 are just sowing the seeds for their upcoming storyline, Kirk-and-Rasheeda-style:

They know how to drum up ratings for the new season #LHHH #LyricaAnderson & husband #A1Bentley unfollowed each other, but are still following their castmates & their in-laws ? ? via @theshaderoom

If there does turn out to be an A1 and Lyrica divorce, the result could make for a significant change in both of their music. A1 has been a co-writer on every one of Lyrica’s EPs and album-length releases since the two of them got together, and Lyrica’s contributed plenty to A1’s growth in the music industry.

Whether the divorce talk turns out to be the real thing just another storyline, we’ll find out before too long. Love & Hip Hop Hollywood Season 5 is filming now. It’s expected to premiere following the conclusion of Love & Hip Hop Atlanta‘s new season early this summer.