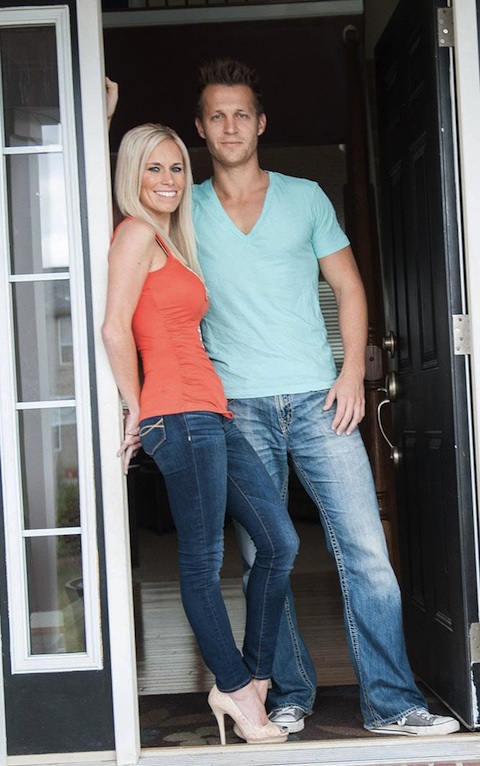 A&E’s new reality show Neighbors With Benefits has been a controversial boon for the network since its announcement–and now, with the series premiere just a couple of weeks off, interest in the program is higher than ever. People are so interested, in fact, that there’s been a fair amount of investigation into the very premise of the show. The teaser trailer claims that there are over fifteen million swingers in America–or about one person in every thirty–and that the show will focus on a single suburban neighborhood because it’s “a neighborhood with a lot of swingers”:

According to locals, though, the idea is not quite what it seems. Though NwB will focus on at least six couples in what purports to be a vibrant swingers community in Hamilton Township, apparently just two of those couples live in the area. And neither one lives in the neighborhood where the show was filmed. WCPO reports that “two of the couples actually do live in Thornton Grove,” a subdivision in greater Hamilton Township, but “residents and some town officials” claim that the show was actually shot in a rented home in nearby Wedgewood. The reason for the subterfuge? An attempt at calming local fears that the show would cast the city in a negative light.

Tony and Diana, the “head” swinging couple and the pair featured most prominently in the show’s promotional materials, have a Facebook profile as open as their relationship. They update their page on the regular, with photographs and the latest teasers for the show, but A&E has made neither they, nor any other members of the cast available for interviews. The closed-door policy–which you really wouldn’t expect from a show about sexy Cincinnati swingers–has led to rampant speculation that the bulk of the show’s cast is made up of hired actors.

Neighbors with Benefits is the second major reality-based television production to highlight the greater Cincinnati area this year. Lockup, the popular MSNBC prison series, will take a look at several Cincinnati and Hamilton County jails in its 2015 series. So, whether NwB is fake or not, we can all agree on one thing: southwest Ohio is filled with more hotties and criminals than you can shake a camera crew at.