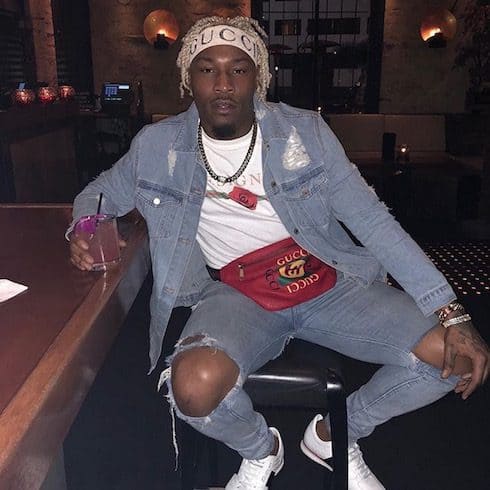 Zell’s fight with Misster Ray at the Love & Hip Hop Hollywood Season 4 reunion got the police’s attention — but is Zell Swag fired from the show? According to Zell himself, his next move will be a big one, but it won’t involve the storied franchise.

Although Zell never used the f-word, he recently told The Jasmine Brand that he won’t feature on Love & Hip Hop Hollywood Season 5 this summer.

As for whether the Zell Swag fight with Misster Ray was the specific reason he won’t be coming back, Zell suggested that the fight played a part, but that it wasn’t the only reason he was let go.

“I think the Ray situation played a part in not being on this season,” Zell said. “I can say I made the mistake and it caused me to lose my job….I can honestly say I am a bit upset because they have added some new people to this season who are dear to my heart and I cant be apart of that magic so it’s definitely bittersweet but I’m moving on.”

Zell is the fourth LHHH cast member from last year who has since departed the show. Hazel-E — who was only back on the show for Season 4, following an extended absence — was fired following her homophobic social media rant last year.

And earlier this year, both Masika Kalysha and Keyshia Cole quit the show: Masika because she said she was done with the drama; Keyshia because she got paid plenty for Season 4.