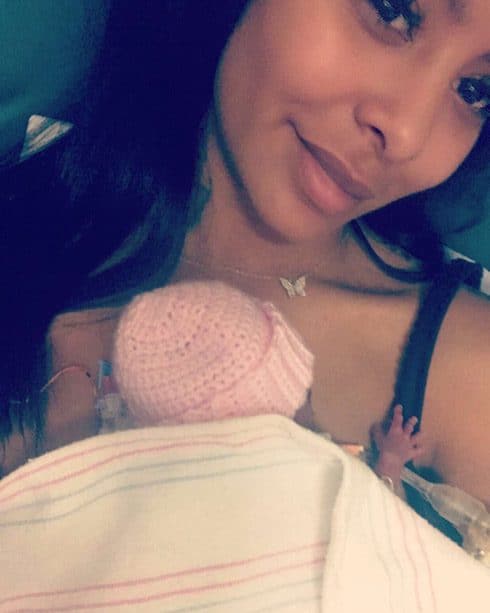 Fetty Wap and Alexis Skyy’s baby Alaiya has finally come home, and her mama couldn’t be happier. Alexis and Fetty’s first child together was born three months prematurely, which forced a stay in the NICU that stretched to over 100 days — and made for an agonizingly stressful situation which saw Alexis suffer a barrage of social media criticism based only on her line of work.

Alexis, who revealed her pregnancy during the Love & Hip Hop Hollywood Season 4 reunion special, has been waiting for this day since before baby Alaiya was even born. She first teased her unborn baby’s gender in an ultrasound last autumn, saying she knew she was pregnant with a girl even though it was too early to tell. And not long after that, she revealed her baby’s gender with a fabulous photoshoot.

But then came the surprise of her lifetime. Alexis Skyy’s baby Alaiya Grace was born on January 4th, 2018 — or three full months premature. Though Alexis kept a brave face on social media at the time, it seemed like the situation might have been more serious than she was letting on. As People pointed out, the diaper that Alexis shared a photo of on Instagram several days after Alaiya’s birth appeared to be a “nato preemie diaper,” one “made explicitly for babies weighing less than two pounds and designed to protect fragile skin.”

But, during those early weeks, Alexis maintained her optimistic outlook and loving attitude. “They’re gonna have me in the hospital for a long time and I just pray that everything do good,” she said, in a since-deleted Instagram update from January. “[Alaiya]’s okay, she’s fine. She’s healthy, that’s all that matters to me.”

However, it wasn’t long after Alaiya’s premature birth that her mama was back working the clubs and posing for fashion brands on social media. And the juxtaposition of those two images — a mama in the club; a daughter in the NICU — did not sit well with some of Alexis’ followers and Love & Hip Hop Hollywood‘s fans, who began calling the still-shaky mother out. Alexis answered their criticisms with a calm, yet forceful explanation in an official VH1 interview a few weeks later.

Alexis also described how her life had changed thanks to her baby girl — and how her heart ached from knowing that she was technically a mother, but was still unable to be with her child whenever she wanted, at the home they were supposed to share:

My priorities have changed. [Alaiya has] changed me in so many different ways, but I don’t have to allow y’all to see that. And that’s just what it is. I know I’m a good ass mom. I haven’t even experienced being a mom yet because I don’t have her with me, but I make sure I see my daughter every day. If I go out of town, I make sure I see her before I leave. My mom works at the hospital…you guys forget that she works there. But then I go back and see her.

As a quick aside, I have to say that it seems pretty clear Alexis was doing the absolute best she could during those traumatic few months. And all you really need to do to understand that is look at her two main social media feeds side-by-side. Yes, Alexis’ Instagram page is filled with the “sexy pictures” she mentions above. But that’s also because she has far more followers on Instagram than on Twitter — and her Twitter feed has been almost non-stop NICU updates since early January.

For example, here’s a heartwarming photo Alexis shared several months ago, long before she had any clear idea when baby Alaiya would be coming home:

My happy princess i love you forever ? pic.twitter.com/Vfx7uA9z1t

A few weeks later, Alexis Skyy’s baby Alaiya was clearly gaining strength and size, though her departure date was no clearer: 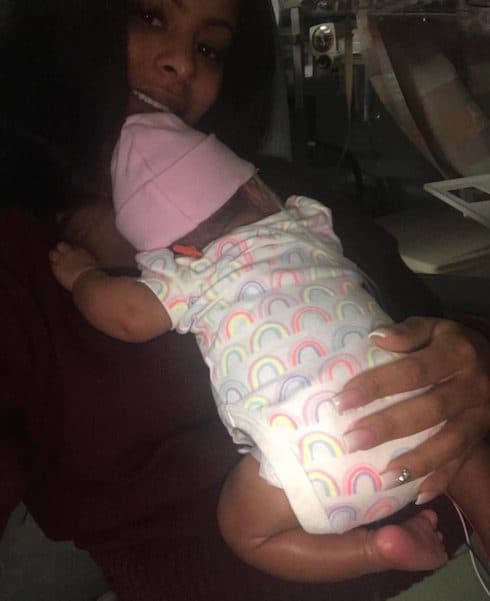 Then, it looked like the day had come: last Monday, May 2nd, was allegedly the day of celebration. But for some reason that date was postponed. Though not for long: an ebullient Alexis announced earlier this week that Alaiya would be coming home on Monday, May 9th instead!

Here’s a look at the pink pastry preparations Alexis made for her daughter’s homecoming:

Since then, it seems the two of them have been catching up on some much-needed homecoming…

…and that Alexis has been taking every opportunity to marvel at her daughter. Look at these tiny feet and see if you don’t melt a little bit:

Congratulations on Alexis and Fetty on their daughter’s healthy recovery from what it sounds like was a fairly precarious spot. All told, Alaiya spent over 100 days in the NICU following her premature birth — and there’s no way a single one of those days could have been easy for either one of her parents.

It also looks like LHHH fans might get a little more detail about Alaiya’s premature birth later this year: Love & Hip Hop Hollywood Season 5 is currently scheduled to air in the summer of 2018, following LHHATL’s current season.