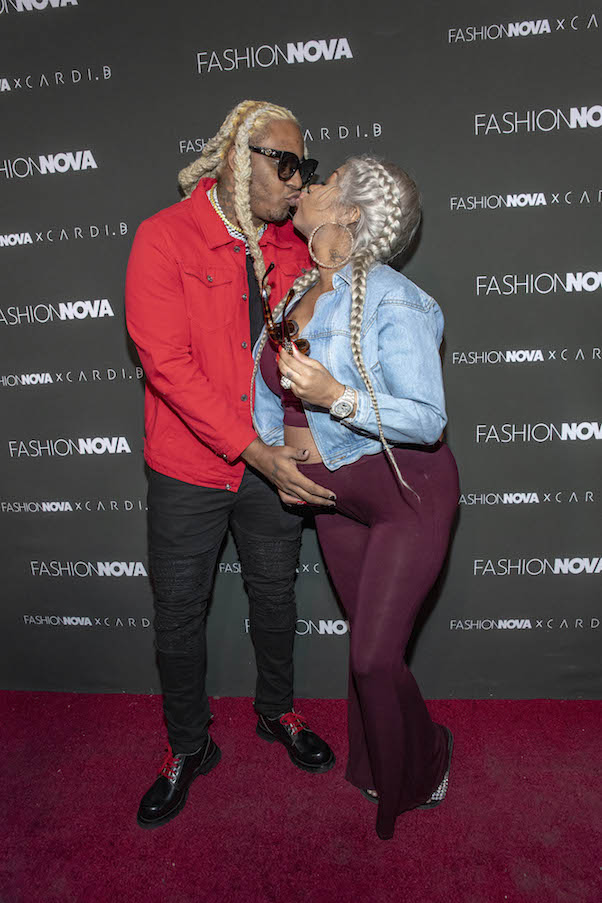 It’s been nothing but drama for the two of them ever since newbie Summer Bunni started on the scene…but did Did Lyrica and A1 split for real? Or are the Love & Hip Hop Hollywood stars just playing out a storyline? According to the latest tea, A1’s most recent infidelity was too much for Lyrica — who just gave birth to Ocean Zion Bentley, the couple’s first child, last December — to take.

Now, according to a new report by The Jasmine Brand, it looks like Lyrica and A1’s days together may be numbered. TJB’s sources say that “Lyrica has actually moved out of the home that [she and A1] share together,” and that the fallout from A1’s still-alleged infidelity “will play out on this season” of Love & Hip Hop Hollywood/

Additionally, the report notes that the couple has unfollowed each other on Instagram, and started scrubbing their respective pages of any photos of the two of them together.

LHHH Season 6 is still filming, so whatever’s going on will definitely play out on camera later this year. And, so far, everything that’s supposed to have gone down between A1 and Summer remains unconfirmed. But did Lyrica and A1 split? Was this just the last straw for a couple that’s gone through an almost non-stop barrage of infidelity and gossip since they joined the cast three seasons ago? Last year alone, Lyrica’s main storyline involved her unborn baby’s paternity, and A1, Safaree, and Roccstar were all offered up as potential papas.

In short, it’s been nothing but sex with other people for these two for a solid couple of years; at least, that’s what the gossip says. So, sure, the whole thing between Lyrica and A1 and Summer could just be another version of the same storyline. It could also be an exhausted couple reaching its reality TV breaking point.

And we’ll find out which it is soon! Love & Hip Hop Hollywood Season 6 is expected to premiere this July.

(Photo credit: Did Lyrica and A1 split via Eugene Powers / SplashNews.com)

Fergie and Josh Duhamel are getting a divorce