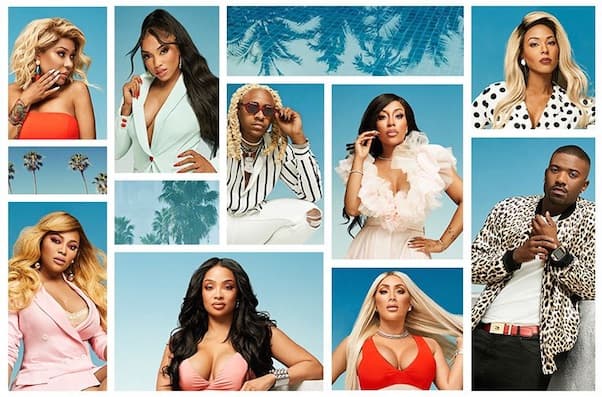 LHHH Season 6 is gearing up for its midsummer premiere, and plenty of gossip about the new cast & upcoming storylines is starting to leak out. So far, in addition to the entire main cast and almost every supporting cast member, we’ve found out about a newbie starting a huge brawl with A1 and Lyrica; K. Michelle trying surrogacy again; and a whole slew of familiar faces from the past few years who’ve since left the show.

Last autumn, VH1 decided to shake things up by announcing it had fired Eastern TV, Love & Hip Hop Hollywood‘s long-running production company, and was looking to take the show in a new direction. At the time, the gossip was that the network wanted something more like a “black Real Housewives,” with an emphasis on couples and family drama rather than single people.

Of course, the gossip indicates that a couples-only or couples-heavy format isn’t necessarily what’s happened. Based on what we’ve learned (including plenty from the always-reliable @BestRealityBlog), it looks like the main cast for LHHH Season 6 will be as follows:

-Ray J and Princess Love
-Moniece Slaughter, who apparently couldn’t get out of her contract after all
-A1 and Lyrica Anderson, who recently became parents
-Teairra Mari (under a cloud)
-K. Michelle
-Apple Watts (promoted from supporting cast last year).

That means Brooke Valentine and Marcus Black, who also just welcomed a baby, are no longer on the show. It also means Safaree, who hasn’t been spotted filming at all, is now on LHHNY full-time. And longtime cast member Nikki Baby seems also to have been let go.

Of the single main cast members, Apple Watts was a no-brainer to return. She was the breakout star of LHHH Season 5, not quite on the level of Cardi B back in her LHHNY days but definitely the cast member who got the biggest positive reaction. And it’s possible that LHHH Season 6 will spend more time on Apple’s early days, including her mysterious arrests.

K. Michelle was the biggest name to join last year when she jumped over from Love & Hip Hop Atlanta, and quickly fit right in. She’s said to be trying for more children with a surrogate, and it’s rumored that her still-anonymous surrogate will appear on the show as well.

Plus, K. Michelle has claimed that LHHH Season 6 will be her last. If that’s true, she may be thinking of going out in grand fashion.

The rest of the Season 6 cast contains some surprises

The cast members have also started sharing more and more on-set pics on social media. Here’s a recent one from Misster Ray:

Newbie Brittany B is a part of K. Michelle’s crew, and seems to be one of the bigger names among the supporting cast. But the biggest so far has to be Summer Bunni, best known as Offset’s alleged mistress, who’s been seen filming for at least a couple of months now. It’s Summer who apparently threw hands at Lyrica, which may or may not have caused both Lyrica and A1 to refuse to film any more scenes with Summer.

Oh — and that rumor about Faith Evans and Stevie J following in K. Michelle’s footsteps and making the move out Hollywood way looks to be just that: a rumor and nothing more. The two of them have been filming something for awhile, but it’s now believed to be a pilot for their own potential reality show.

VH1 hasn’t yet announced when LHHH Season 6 will premiere. Since the last two seasons both debuted in July — and since LHHATL only has five more weeks left before its reunion — we’re assuming that Love & Hip Hop Hollywood will continue that pattern this year.

LHHATL’s K. Michelle and Perez Hilton get into epic feud on Twitter

The Bachelor’s Chantal O’Brien had an affair with a cop?