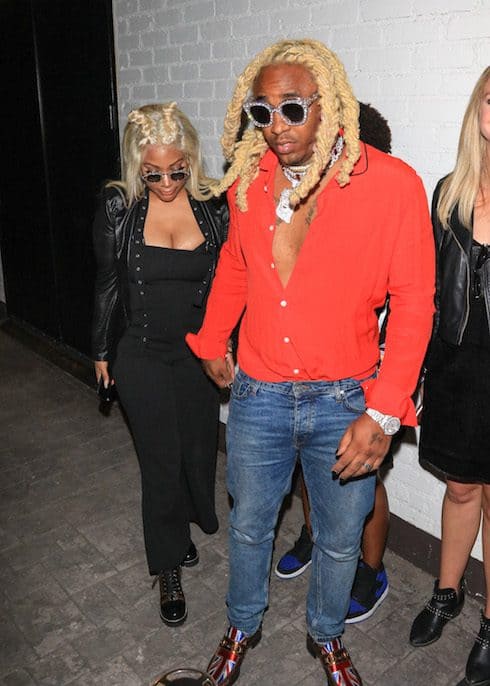 Lyrica Anderson and A1 may be outwardly happy now that they’ve confirmed Lyrica’s pregnancy, but that doesn’t mean their tough days are over. According to some new tea, A1 may have been stepping out on Lyrica with another Love & Hip Hop Hollywood cast member La’Britney at the same time Lyrica was allegedly maybe doing the same to A1 with Safaree Samuels.

First up, here’s Moniece casually slipping talk of La’Britney and A1’s alleged hookup into conversation with Jay Will, who just so happens to have a beef with La’Britney over her involvement in Misster Ray’s PRIDE event.

Moniece claims that Lyrica was the one who told her La’Britney’s been “sliding into [A1’s] DMs and trying to hang out with him.” Moniece further insulates herself by saying that she “heard from somebody else” A1 and La’Britney had sex. And then she skips away to chat up Roccstar, ultimately convincing him to give her a chance in the studio.

It’s a deft move from Moniece, but a risky one: she’s spreading potential slander about A1 right when he and Lyrica are getting back on track. On the other hand, whether or not A1 did cheat with La’Britney, we already know that La’Britney is “hyper ambitious,” and she wouldn’t be the first Love & Hip Hop cast member to plant scandalous seeds like this in order to reap the beautiful crop of more screen time.

(Photo credits: Did A1 cheat with La’Britney via Bauer Griffin LLC / SplashNews.com)