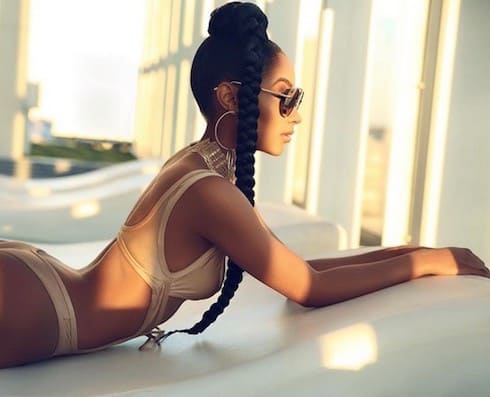 Just when you think there’s no way for this Kirk Frost new baby mama drama to get any sillier, you remember that Love & Hip Hop Atlanta is only two episodes into Season 6 and buckle your proverbial seat belt. And today things got much sillier indeed: According to a new report, first delivered by In Touch and then picked up by BET, Jasmine Washington is hiding two very big secrets. One is that she’s lying about her new baby and Kirk isn’t the father; the other is that she’s actually being pimped out by boyfriend and fellow new LHHATL cast member Rod Bullock.

Regarding the potential Kirk Frost new baby mama lie, the report has this to say: Jasmine is using baby Kannon to extort Kirk, since she allegedly knows that the child’s real father is a man named Logan, who’s been Jasmine’s boyfriend for 11 years. According to the report’s source, the big piece of evidence is that “Logan’s father, who recently passed away, was named Cannon.” So, for this to make sense, Jasmine named her son Kannon with a K in a deliberate attempt to direct attention toward Kirk.

“Rod Bullock, who is Jasmine’s pimp and was recently released from federal prison, did not know that Jasmine was seeing Logan and himself at the same time,” said the report’s anonymous source. The report doesn’t go into any more detail about Rod and Jasmine’s supposedly “real” relationship, and no bio of Jasmine has yet insinuated that she’s a prostitute of any kind. The closest thing we’ve got–and you have to squint to make the connection–is in her official VH1 bio, which states that Jasmine is a “former exotic dancer.”

But it seems that LHHATL’s producers were privy to the behind-the-scenes drama. They also helped keep Rod in the dark about Logan, and in doing so managed a sneaky setup of their own, as the source explains: “In upcoming episodes, this information will be revealed as Jasmine and Rod are trying to set up Kirk. Once Rod found out Jasmine was pregnant, he told her, ‘Let’s take advantage of this Love & Hip Hop opportunity.'” (Side note: How do you not call it a “Hip-Hopportunity”?)

Thus, the denouement: “When Logan [i.e.: Kannon’s “real” father] shows up to film a scene about the entire situation, Jasmine is blindsided and runs out the room because she realizes he is about to blow up her entire false story. Jasmine had no idea the producers dug up her ex-boyfriend.”

We have no idea how much (if any) of this is true, though it’s worth pointing out that it seems unlikely Jasmine & Rob would fabricate this whole connection to Kirk Frost in order to get a season’s worth of reality TV infamy & then get blown up on social media and probably lose all credibility. But the show’s ratings are as high as they’ve ever been, and Jasmine’s gained about 45,000 new Instagram followers in one week, so the sky’s probably still the limit for now. 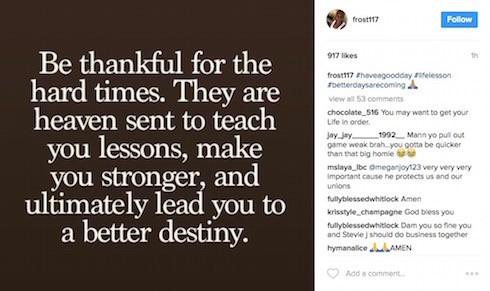 …Rasheeda continues to look past the elephant in the room… 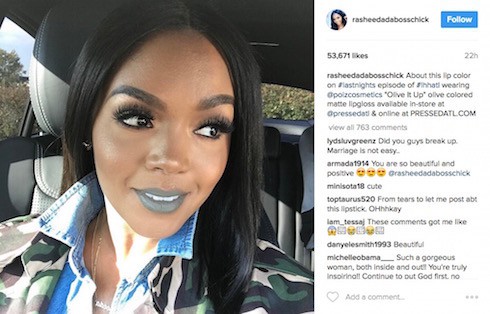 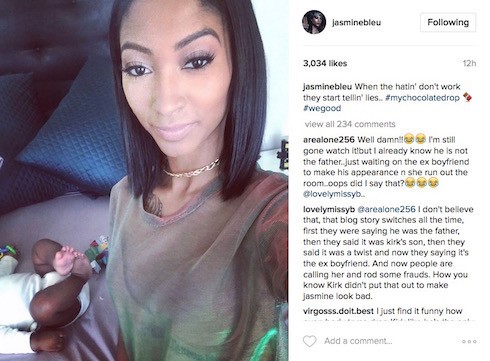