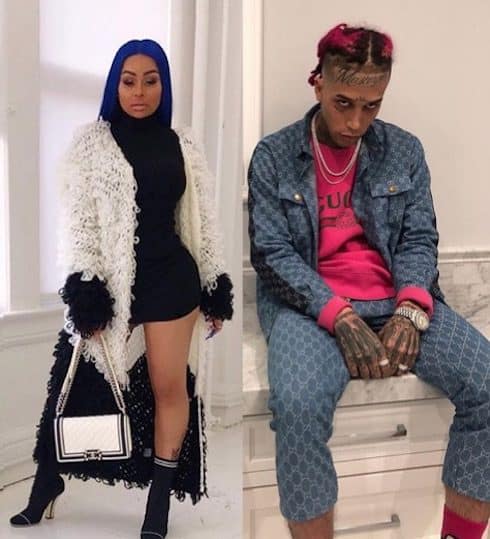 Blac Chyna has had a rough few months, but the latest incident to get her in headlines has nothing to do with any of her ongoing controversies. Far removed from her custody dispute with Rob Kardashian, skin bleaching drama, or brawl and subsequent feud with Love & Hip Hop star Alexis Skyy comes news that Blac was allegedly the victim of domestic abuse by the hand of her newest boyfriend Kid Buu.

TMZ was the first to report on the incident, which happened at the Honolulu Ritz-Carlton, where Blac and Kid had been on vacation. According to their report, the two got into “a heated argument” around five o’ clock yesterday morning, one that had to do with Blac accusing Kid Buu of cheating on her. The argument “turned violent” a couple of hours later: Blac “scratched” Kid, who responded by “slamm[ing] her against the wall several times and chok[ing] her.”

A second report a few hours later from People went into more detail. “Someone from [Blac and Kid’s] group called 911” when the fight broke out, and “hotel security escorted officers and paramedics” to their suite. Though no one was arrested — nor did anyone need medical attention — both Blac and Kid made formal complaints to the police. And both were “intoxicated.”

Here’s the official statement from the Honolulu PD:

Shortly before 9 a.m. [on Monday], a female visitor staying in Waikiki reported being assaulted by a male acquaintance. The victim reported that she and the suspect had been involved in an argument several hours earlier, and the argument had escalated to a physical confrontation. The male left the area after the confrontation and has not been located….This incident has been classified as abuse of a household member. The investigation is continuing, and no further information is being released at this time.

Who is Kid Buu?

It looks like Blac’s latest (presumably ex) boyfriend is another in the crop of social media-famous rappers and hip-hop artists. His exact age is uncertain; most “Who is Kid Buu?” sites claim he’s 24 years old, but the People article above says Kid is actually 30. (Since 30 is also Chyna’s age, it’s possible that the double listing is just a mistake. However, since People’s article appears to be going off of the police report, it’s maybe more likely that 30 is the correct age.)

Kid Buu, who gets his stage name from a Dragon Ball Z character, is perhaps best-known for his violent and sexually explicit songs and videos. He also achieved some viral fame last year when he claimed he was actually a second-generation clone and shared a video in which he sat next to a similarly pink-haired and tattooed man whom Kid said was in turn a clone of himself.

Blac Chyna and Kid Buu have had very different public reactions to their fight and its fallout. His response was to continue the beef:

I wish I could travel time and erase the day that I met you. #GetBackMyWastedTime ♾

Valentine’s Day is coming are u ready? ? @fashionnova

Neither Blac nor Kid have offered official statements on the fight or on the status of their relationship.