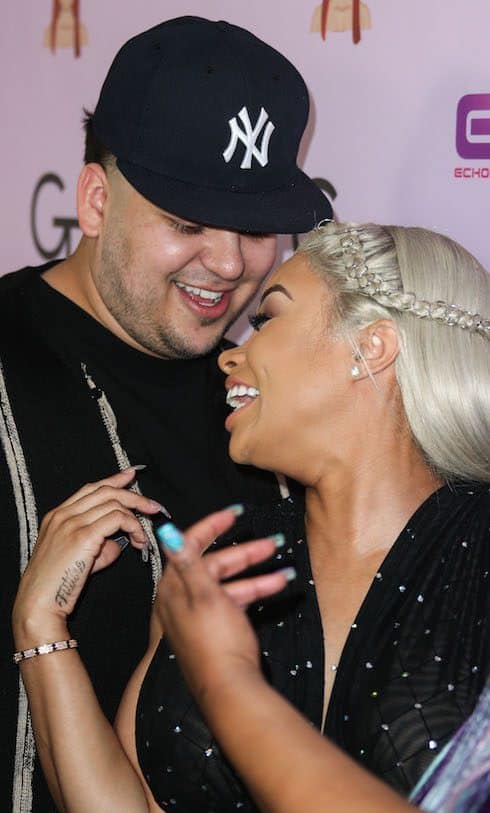 Rob Kardashian’s finances are more or less out in the open thanks to his ongoing child support battle with ex Blac Chyna. He claims that her fortunes have soared as his have sunk — but how much is Rob Kardashian worth? And how much money has he lost over the last few years?

Earlier this week, Rob made headlines and raised eyebrows by filing legal documents claiming that he can no longer afford the $20,000 monthly child support payments he owes Blac Chyna for their daughter, Dream. Rob protested the court-ordered payments when they began last year, but it seems he’s been able to make them until now.

Rob is hardly destitute, but, according to his lawyers, his income has fallen considerably from its peak. The new documents state that since Rob no longer appears on Keeping Up With The Kardashians, his monthly income is down to about $10,000. Blac’s, by contrast, is apparently around $60,000 per month.

And Blac was quick to flaunt her wealth after reports of Rob’s legal filing went public. She took to Instagram with a since-deleted video featuring her two Bentleys and one Ferrari, all in matching white paint and red rims, lined up in a row. The caption? “Work Hard, Play Harder!!! My sh!t!!! No Help!!! No Child Support!!! Stop the F*cking Lies!!!” (The Blast managed to snag the video before Chyna took it down.)

At this point, you may be asking yourself whatever happened to Rob’s beloved Arthur George sock line. Rob’s lone venture into apparel never sold particularly well; it was his second-biggest source of income for a brief period, back when his net worth peaked at around $3.5 million, but Rob’s sock sales had been struggling since at least 2013.

But now, even the modest profit Rob was getting from those sales has been compromised. Also included in the most recent child support documents was the revelation that Rob was kind of maybe possibly pressured into selling a 50% stake to Kris Jenner in order to keep the whole thing afloat. And we say “kind of maybe possibly” because the actual language makes it sound like either Rob had to plead or Kris forced her way in.

“When the business was struggling,” Rob’s documents read, “my mother infused it with capital to keep it afloat and from her infusion gained a 50% share in the company.” He further wrote that he’s no longer able to promote the business on social media because of the restraining order Blac Chyna took out against him last year:

Previously, the line’s success was in large part due to my regular posting and general promotion on social media. [Blac’s] request for a restraining order against me includes various prohibitions on what I could post online. In order to avoid any potential future issues, I nearly eliminated my social media presence.

So how much is Rob Kardashian worth after you take into account his diminished earning power? Not nearly as much as his siblings — but there is still the matter of his trust fund. Robert Kardashian left his children a $100 million trust, and the four of them will each inherit one quarter of it when they each turn 35. For Rob, that means just a little more waiting: he won’t reach that age until March of 2022.

(Photo credits: How much is Rob Kardashian worth via Xavier Collin / Image Press Agency/Splash News / SplashNews.com)

How much money did OJ Simpson make while he was in prison?

Why are Blac Chyna and Rob still together? (Short answer: It’s for the product placements)