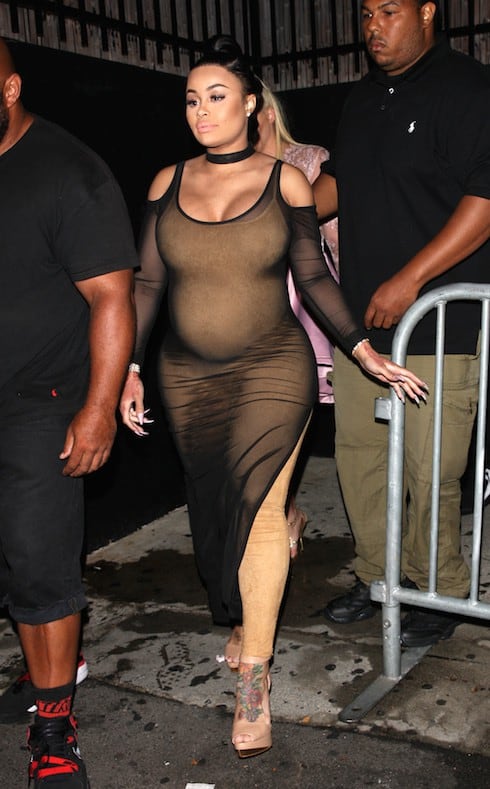 Rob & Chyna–or “The Blac and Rob Show,” as it’s unofficially known–is the latest in a long string of Keeping Up With The Kardashians spin-offs for home network E!. Early ratings indicate that the show is a success, and the amount of drama between its two stars ensures their lives will be gossip fodder for years to come. But a new report suggests that Blac and Rob might have planned every aspect of their relationship, from the pregnancy onward, strictly in order to snag a generous reality TV contract.

The report, from TMZ, claims that the paternity test Blac Chyna said she needed to be sure that Rob Kardashian is in fact her baby’s father, is “BS.” A teaser for an upcoming episode of Rob & Chyna features a shot of Blac with a needle in her arm, accompanied by a voiceover describing the test. It’s not yet clear whether the teaser was edited to imply that Blac had been sleeping with more than one person, or whether the clip was lifted piecemeal from the episode; according to the show’s production staff, though, the difference is negligible: “The needle is for a routine blood test,” TMZ reports, “NOT a paternity test.” And Rob is “the only guy who could be the dad.” 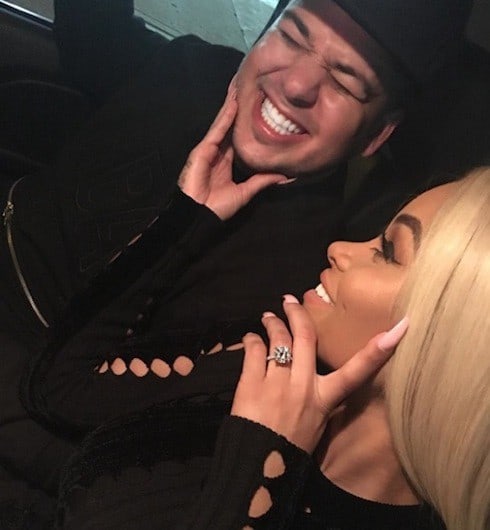 But what the report also goes on to say is that “Chyna and Rob planned the pregnancy almost from the get-go,” and tried to get her pregnant “for several weeks” before finding success. It’s the last detail that has Kardashian fans (and detractors) wondering just how manufactured this particular relationship might be. A consideration of the Blac and Rob show timeline calls their hastiness into question: the two have been engaged for months, though they called off their engagement in early August. Rob & Chyna was officially confirmed in early June, but rumors that Blac Chyna was pregnant were swirling much earlier, in mid-April. And, as we found out this week, Chyna is due in November, which means she got pregnant all the way back in February–just weeks (or days) after she and Rob began dating.

The most intriguing detail of all in this web of possibilities is the theory, first advanced by The Ringer, that Rob and Blac already faked one major part of their relationship: their brief breakup earlier this summer. The theory suggests that they did so a) because cameras for their show were rolling, but also b) in order to promote the app Instant CheckMate, which, as we wrote, “claims it will present you with a complete dossier on any phone number your significant other contacts, in a presumptive attempt at catching your partner cheating on you.” Infidelity worries were the dominant theme of Rob & Chyna‘s premiere episode; it remains to be seen how the producers will present footage of the actual breakup itself, or if the app will get name-dropped on the show (or on its stars’ social media accounts following the relevant episode).

One thing we don’t know is when Blac (because it was totally Blac and not she and Rob) began negotiating with E! to get a contract for her own show. If she had already been in talks before falling for Rob and permitting her womb to be used for the first non-K-named Kardashian daughter, then this is just one more crazy Kardashian conspiracy theory fueled by rumor and good cheer. If not…well, it’s still just another conspiracy theory, but at least we can take comfort in the knowledge that the weird stuff turns out to be accurate once in awhile.

In related news, shortly after reports of the fake relationship started to emerge, Rob took to Instagram with one of Blac’s sonogram shots and a heartfelt message for his unborn daughter:

Can't wait to meet my beautiful baby girl ‼️ @blacchyna ???? looking forward to that bond more than anything ☺️