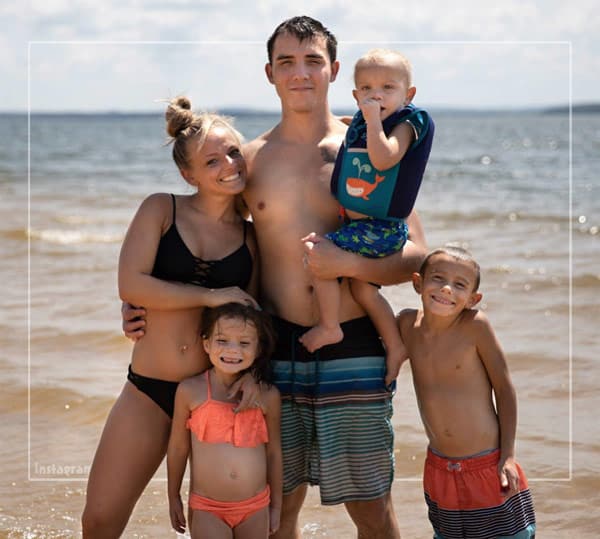 We’ve known for months that MTV cameras have been filming former Teen Mom 3 star Mackenzie McKee and her family, with numerous reliable reports circulating that the network was considering adding her to the cast of the original Teen Mom OG franchise after Farrah Abraham left. It was later officially confirmed that Farrah would be replaced by Bristol Palin and The Challenge star Cheyenne Floyd, and now we know the footage of Mackenzie will be used for a “Where Are They Now?” special set to air on September 19.

Here is the episode description for the special:

Mackenzie has three kids, runs a fitness business, and has a husband who doesn’t understand how hard she works. On top of all this, she receives the worst news of her life when her mom Angie is diagnosed with stage 4 cancer.

Mackenzie has been super diligent about keeping her fans up to date on her life via various social media platforms, but just in case you’ve been out of the loop, here is a breakdown of the episode description:

Mackenzie gave birth to her oldest son Gannon on her episode of 16 and Pregnant, which originally aired on March 27, 2012. His actual birthday was September 12, 2011 — which means he will be seven years old in just a few days! ?

After Gannon, Mackenzie and husband Josh McKee welcomed daughter Jaxie on February 7, 2014 and son Broncs on August 15, 2016. (Broncs had to spend nearly three weeks in the NICU with heart, blood and lung problems, but would finally get to go home in early September.

Mackenzie first began offering one-on-one physical training session online in November of 2015. In our post about the announcement, we came up with the name “Body By Mac,” and Mackenzie must have liked it because she later officially launched a website, a series of workout DVDs, and more under the hash tagged brand #BodyByMac in May of 2017.

Mackenzie continues to work diligently to promote her #BodyByMac business, and it now includes numerous workout programs in addition to health supplements, meal plans, and more.

…and has a husband who doesn’t understand how hard she works.

Mackenzie and her husband Josh McKee have had their fair share of issues over the years, including multiple reports of splits and imminent divorces, but the two appear to be stronger than ever with every indication that Josh is now well aware of just how hard Mackenzie works. And regardless of whether or not you are a fan of Mackenzie, I don’t think anyone can argue that she HUSTLES! 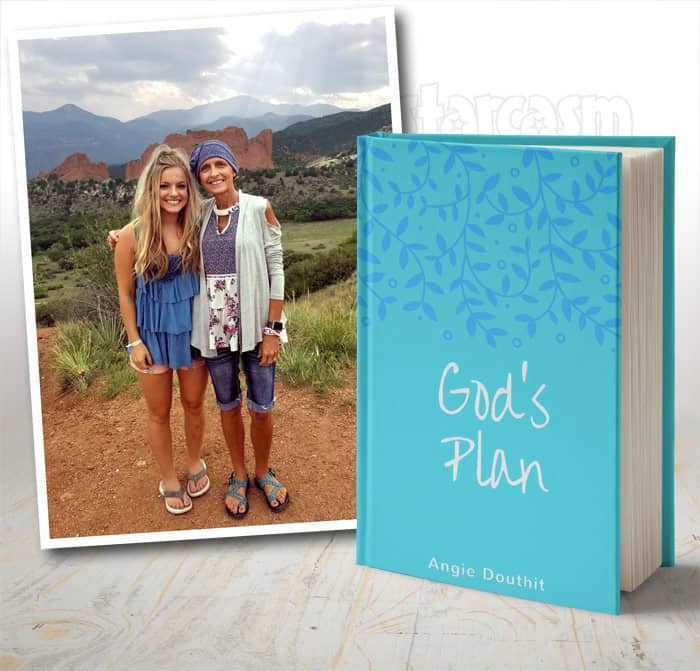 On top of all this, she receives the worst news of her life when her mom Angie is diagnosed with stage 4 cancer.

In January of this year, Mackenzie’s family received devastating news when her mom Angie Douthit visited a doctor after experiencing difficulty breathing and the tests showed that she had multiple brain lesions and a large mass in her lungs — all of which turned out to be cancer. Angie turned the diagnosis into inspiration for thousands as she shared her reflections on her life and family in lengthy, inspirational posts on social media. Those inspirational reflections later resulted in numerous speaking engagements as well as a book deal. Angie’s book God’s Plan is scheduled to be released on September 11, which is Tuesday of this week.

Mackenzie’s family has always been very close, and Angie seems to be the heart of it. Clearly, her story will be an emotional and difficult one for many viewers, but I am confident that it will also be uplifting and inspirational. The “Mackenzie McKee: Where Are They Now?” special airs on Wednesday, September 19 at 9/8c on MTV.

(According to the listing, the special is only an hour long — which seems hard to believe given all the things that have been going on in Mackenzie’s life, not to mention the amount of time MTV has reportedly been filming her and her family!)

UPDATE – After we were the first to report on the air date for Mackenzie’s special, she spoke with Radar Online and seemed bitter about MTV’s decision to not add her as a full-time Teen Mom OG cast member. In a post titled “Jilted Mackenzie Admits Mom’s Cancer ‘Wasn’t The Story Teen Mom OG Was Looking For’,” Mackenzie had this to say:

Despite her well wishes for Floyd and Palin, McKee felt she did have a “passionate” and “touching story” to share: her mother Angie’s battle with stage four brain and lung cancer. “Many out there have loved ones dealing with cancer and through my mom, I wanted to inspire those people out there to go out and live your best life, even if you’re told you have 4-12 months,” she said. “Some way somehow I will make sure she doesn’t leave this earth without inspiring the world. Unfortunately, it’s just not a story MTV is interested in.”

I realize that Mackenzie is not happy that she was passed over, but I think it is important to clarify that MTV is clearly interested in Mackenzie and her mom Angie’s story, and that’s why they filmed them for the special — which is a rare thing.