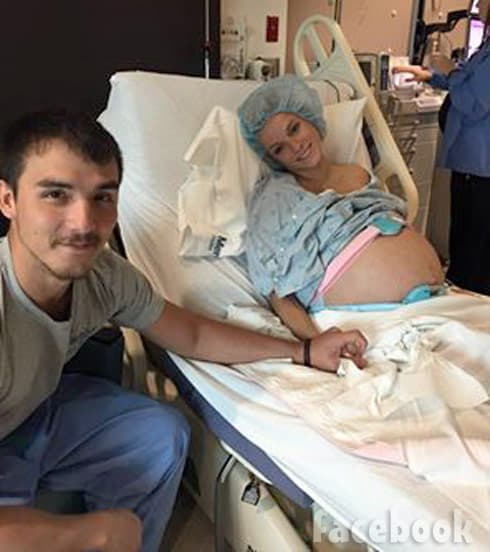 We have some great news and some concerning news for Teen Mom 3 star Mackenzie McKee as she gave birth to her third child, son Broncs, on Monday. Broncs was delivered via C-section and weighed in at 10 pounds, 1 ounce. Mackenzie’s mother Angie has been updating friends, fans and family on Facebook, and she reveals that Broncs has been placed in NICU (Neonatal Intensive Care Unit), where he will remain for a week.

According to Angie, who was unable to see her grandson at the hospital on Monday, Broncs has a thick heart wall and has been given a navel IV and a tube for breathing. “Pray he doesn’t need surgery,” Angie added. 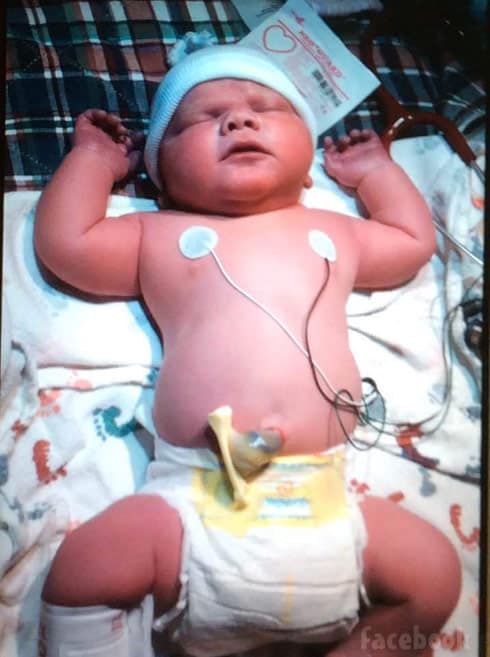 Those familiar with Mackenzie know that she has type 1 diabetes, and Angie says that Broncs’ complications stem from that. It was an issue they knew would probably arise before Mackenzie gave birth. From Angie prior to the C-section:

Prayer alert: Mackenzie is having a c section n a few minutes. She is type 1 diabetic and the babies heart rate is high. He will be in the NICU for a while even though he weighs over 9 pounds, (according to ultrasound). Mic is very nervous and scared. Please pray.

Our thoughts are with Mackenzie, Josh and the rest of their family. We hope little Broncs’ hospital stay is a short one and that he is home soon with his mom, dad, and older siblings Gannon and Jaxie!

UPDATE – Here’s another photo of bigg little Broncs plus an update on his condition from Grandma Angie: 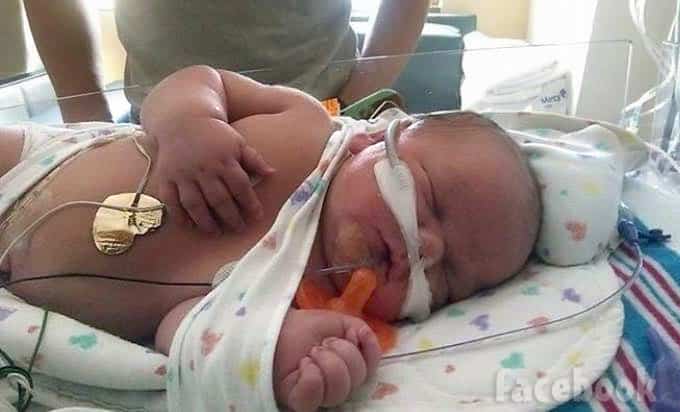 Baby Broncs update: he is still on oxygen to regulate his breathing and an IV in his navel to regulate his blood sugars. He can’t be fed until he’s off the oxygen and he can’t be held until he gets the IV out of his navel. He is on meds for his heart rate and his blood pressure. He looks like a giant in the NICU since he weighs 10 pounds. We appreciate your prayers. God is good and He is in control!

Alanis Morissette opens up about her postpartum struggles