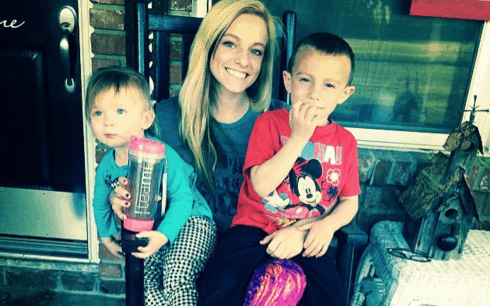 According to TMZ, Mackenzie is about 18 weeks along. Her due date is September 8, and they’re having another boy.

But instead of being a time of celebration for Mackenzie and husband Josh, the two are said to be having major marital problems. Josh recently moved out of the home they share together, and Mackenzie will be raising Gannon, Jaxie, and Baby #3 as a single mom.

The news of Mackenzie’s pregnancy and subsequent split from hubby Josh come as a surprise to her fans. On social media, there’s no sign of trouble in paradise.

Just five days ago, Mackenzie posted a picture posing next to Josh while grinning ear to ear.

And just a few days ago, she tweeted a light-hearted message about Josh taking her on ice cream dates.

It's hard to stay healthy being married to Josh… Always begging me to go on ice cream dates ???

This isn’t the first time Mackenzie and Josh have had marital problems. Last year, the pair nearly called it quits after Josh moved out. The couple were able to resolve their problems but admitted their relationship is a work in progress.

Back in January, Mackenzie was rushed to the hospital after she began experiencing complications from her type 1 diabetes. She discovered her blood sugar was ‘dangerously high’ after “violently throwing up all night.” In retrospect, perhaps Mackenzie’s illness was actually a result of her pregnancy?