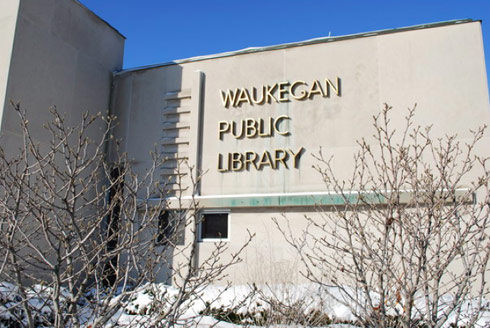 If you live in the Chicago area, are between the ages of 17-21 and are outgoing than MTV might cast you for a new reality show. There is only one important catch, you have to be a high school dropout.

That’s right, MTV is testing the waters for a new reality show based on a popular UK program. The concept, according to the release from the Waukegan Public Library, is:

20 students between 17-21 will have the opportunity to become excited about school again with classes taught by people at the top of their fields (ex: an Olympic Medalist as the gym teacher). The show is not meant to follow the students and expose them as failures; the intent is to show the students being motivated to further their education.

The event will be held at the Waukegan Public Library (128 County St, Waukegan) from 12:00PM to 4:00PM on Friday, June 24. For those looking to attend you should expect a 10 minute interview in which you’ll be asked to explain the reasons for dropping out and then discuss your aspirations for the future. After the interview you’ll be provided an opportunity to speak with staff and alumni of local Adult Education programs so that you can become aware of some of the options open to you to complete your education beyond the possibility of appearing on MTV.

Michele Vaughn, the Dean for Community Education at Lake College, told ABC that:

“I thought it was an outstanding idea. It’s not about making the students look bad. It’s about reinvigorating the motivation to go back to school.”

So what do you think about MTV airing a show about high school dropouts? Would it be exploitation or a means by which to educate youth on the difficulties that face those who’ve made that important decision? You know I think we’ve had this type of philosophical discussion before about another MTV program about teen moms.