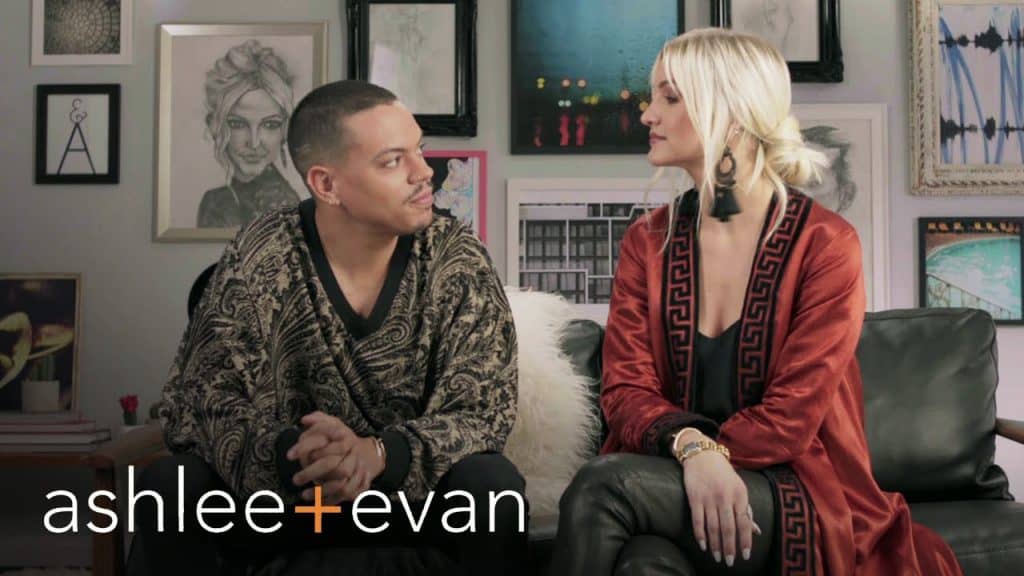 Ashlee Simpson and Evan Ross are now sharing their married life via E! Ashlee + Evan, and the series start out with a cute story about how they first met.

“We met at my friend’s birthday party,” Ashlee gushed. “Evan walked in and he was really cute, and I was like, ‘Who’s this Mr. Cool Pants?’” Ashlee immediately started dancing to show off for him, and it paid off. By the end of the night the pair were making out and even dry humping.

On the episode Ashlee also addresses the the 2004 SNL lip syncing debacle that causes such a media uproar at the time. At the time, the then 20-year-old Ashlee’s album Pieces of Me was #1 and shew as feeling pretty good. That all came crashing down when she woke up the morning of her SNL performance without her voice. Many singers perform with the help of vocal tracks, so that was the plan. Unfortunately there was a bit of a technical mess-up and Ashlee responded by awkwardly dancing. The press tore her apart.

“The world hated me for this SNL moment I had,” Ashlee reflects on that watershed moment in her life. “For me, it was the most humbling experience of my life, because the whole world thinks everything that you just put your heart and soul into writing is a joke. And that sucked.”

“For me I went back in, I made a second record, it was number one,” she explains. “And I made a third record and I toured all the amphitheaters – and I don’t even think the world knows that I got to that place.”

Ashlee has previously spoken about triumphantly returning to SNL as well, but there was no onslaught of reports about that. It does seem odd that you could comeback from a huge setup and not many people would notice, but that’s often how it can work.

This isn’t Ashlee’s first foray into reality tv. From 2003-5 she starred in MTV’s The Ashlee Simpson Show.

“Pete Wentz = Douche Bag” Frustrates Pete Wentz – But Not Us!